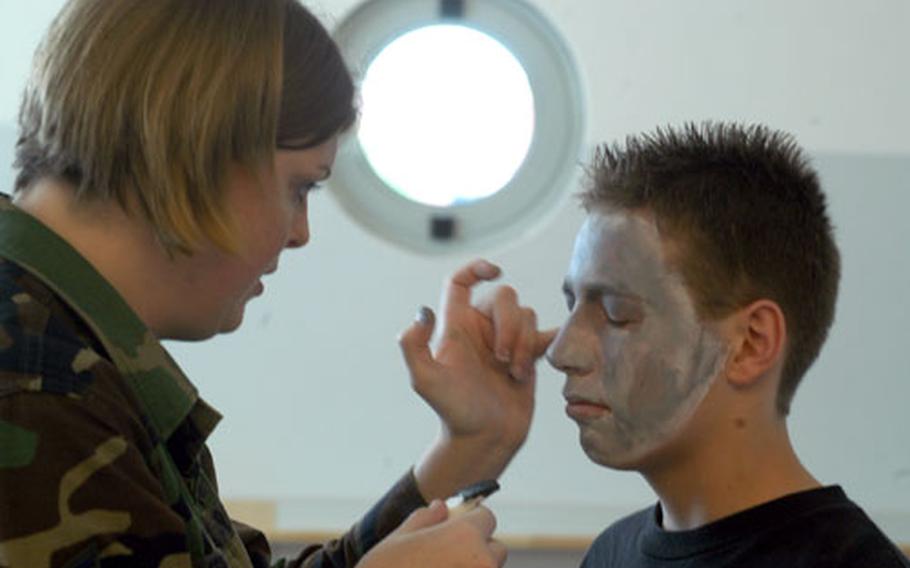 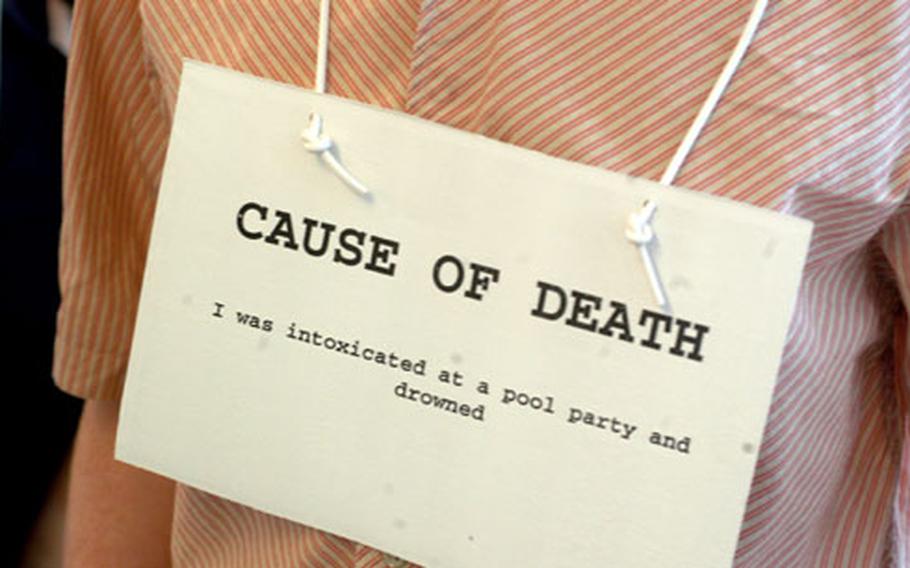 AVIANO AIR BASE, Italy &#8212; The Grim Reaper usually isn&#8217;t welcome at places other than costume parties. But the specter of death was met with more than a few smiles Thursday by students and staff at Aviano High School.

Taking part in an alcohol-awareness project, the tall, black-clad and scythe-wielding visitor picked out a few students from each first-period class. Those students, often leaving to the giggles of classmates, were then taken to a nearby hallway where they became ghosts.

They were &#8220;killed&#8221; via an alcohol-related incident, and for the rest of the day they were not to allowed to talk to their peers.

Renee Moore, the base&#8217;s adolescent substance abuse counselor, didn&#8217;t seem to mind that the Grim Reaper drew chuckles, especially after the laughing quickly died as a pair of 31st Security Forces personnel followed up with a visit announcing the deaths of the students.

Thursday&#8217;s program was a part of the national Every 15 Minutes campaign, designed to put the message out that an alcohol-related death occurs in the United States every 15 minutes. Moore said Aviano students involved in the anti-substance abuse program Project TRUST decided to stage the event this year.

Doug McEnery, recently named the top high school principal in the Department of Defense Education Activity, said Aviano isn&#8217;t immune to alcohol problems. Students have returned from lunch drunk this year and others have been caught drinking alcoholic beverages while at school. But he said the school&#8217;s problems are no worse than any other school in the Department of Defense Dependents Schools in Europe or any other school in the States.

Base leadership also has been targeting alcohol-related problems with active-duty personnel. Drinking-and-driving cases are down from previous years, but still occur.

About 30 students were selected as &#8220;victims&#8221; of alcohol-related deaths. In addition to white-painted faces &#8212; courtesy of volunteers from the 31st Medical Group &#8212; they wore signs around their necks indicating how they died. The number of dead represented only an eight-hour portion of the day. But McEnery said having more than 10 percent of the school&#8217;s population &#8220;dead&#8221; for a day was enough to demonstrate the point.

Each &#8220;victim&#8221; was supposed to grab the hands of two more friends at the school assembly to show how many people would die during a 24-hour period.