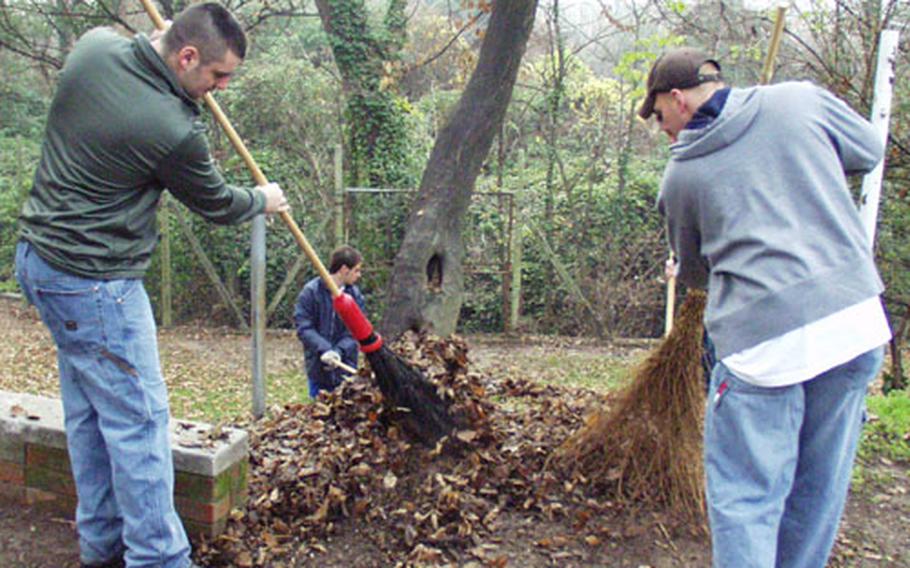 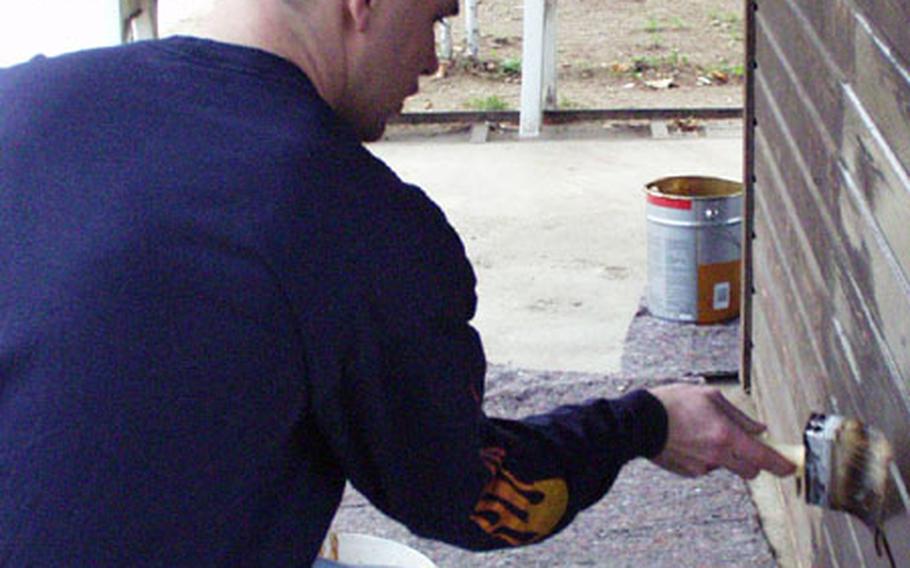 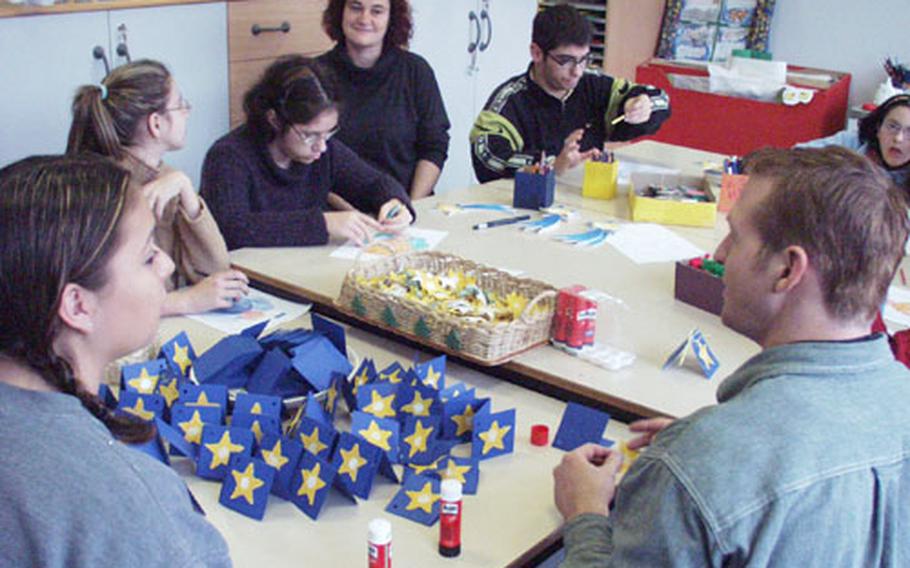 SAN VITO, Italy &#8212; Community organizations within driving distance of Aviano Air Base are discovering that U.S. military personnel are capable of some pretty great feats out of uniform as well.

Such as moving a mountain of leaves.

Or putting the white back on a seemingly endless expanse of railing.

Or demonstrating that Martha Stewart isn&#8217;t the only Yank handy with holiday decorations.

Saturday, several organizations combined to send dozens of airmen to a special-needs school in this small community about 25 miles southeast of the base. Most of them were members of the Airmen Leadership School, a six-week course in which junior enlisted Air Force personnel gain skills.

Raking, sweeping and painting aren&#8217;t usually the ones listed atop the syllabus. But they were the skills most evident Saturday.

La Nostra Familia School was founded decades ago by a local priest. The school is one of only two in the region that serves mentally and/or physically handicapped students.

Americans have been here before. The local Harley-Davidson chapter has brought in toys after holiday gift drives. But those arriving Saturday brought only a willingness to pitch in and a variety of skill levels.

Senior Airman Robert Reed said it was like old times for him. He once worked for his grandfather&#8217;s landscaping business in Mobile, Ala.

For Senior Airman Nicholas Alessi, it seemed like just another day at work &#8212; although the setting was different.

&#8220;We do this every day,&#8221; he said of his job with the 31st Civil Engineer Squadron. However, he doesn&#8217;t usually bring his wife, Michelle, to work with him. She was one of several volunteers Saturday who weren&#8217;t part of the ALS class. Others were helping as part of the Hidden Heroes and Project Cheer initiatives pushed by U.S. Air Forces in Europe.

The programs are &#8220;kind of a cultural exchange and fostering good relations within the surrounding community,&#8221; Vickie Jo Ryder, volunteer resources manager at the base&#8217;s Family Support Center, said.

Lynch was one of a half-dozen airmen who got some serious cultural exchange. They helped students and teachers craft holiday decorations, despite some heavy language barriers.

Other tasks didn&#8217;t need much translation. Senior Airmen Kelly Landerbaugh and Cynthia Cancienne busily rolled white paint onto a railing where rust was trying to make a fashion statement.

Both said their painting skills were a bit rusty as well. Cancienne participated in similar projects at Offutt Air Force Base, Neb. Landerbaugh said if he wasn&#8217;t painting, he&#8217;d probably be getting exercise on his bike.