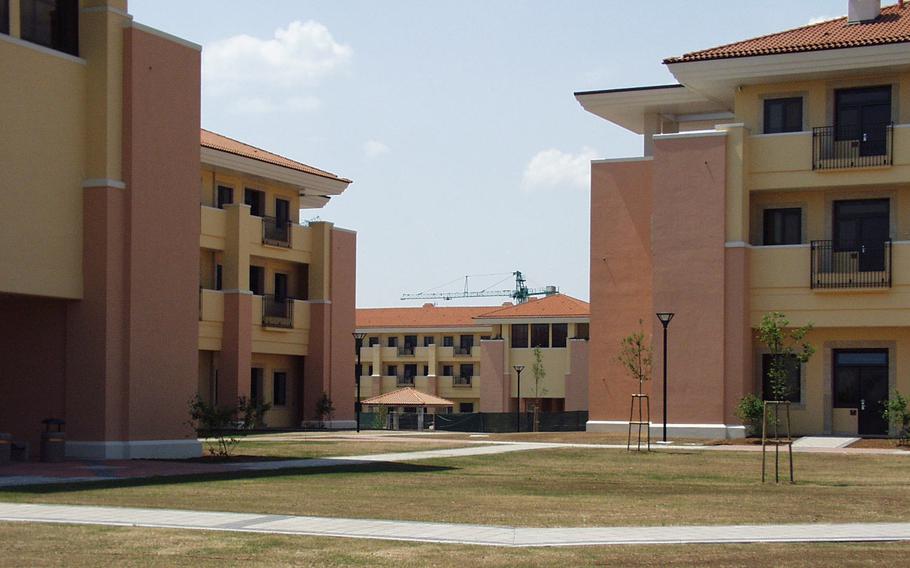 Buy Photo
Dormitories at Aviano Air Base, Italy. A U.S. airman suspected of stabbing a fellow servicemember in a base dormitory in April has been formally charged with multiple crimes, including attempted murder. (Kent Harris/Stars and Stripes)

AVIANO AIR BASE, Italy — An airman suspected of breaking into a dormitory room and repeatedly stabbing a female airman in April has been formally charged with several crimes, including attempted murder, officials said Tuesday.

Airman Cameron Ashley Owens faces a court-martial, though no date has been set, said Capt. Tom Barger, chief of public affairs for the 31st Fighter Wing. He has been in military custody since he was suspected of committing the acts in the early morning hours of April 11.

Lt. Gen. Richard M. Clark, commander of the 3rd Air Force, referred the charges to a general court-martial last week, Barger said. Other charges against Owens, who is assigned to the 31st Operations Support Squadron, include attempted unlawful entry, aggravated assault and burglary.

Barger said that the court-martial would be held at Aviano and that the accused is presumed innocent unless proven guilty.

Owens was reportedly identified on video surveillance footage and initially apprehended by Italian authorities. He was later turned over to Air Force custody and eventually transferred to a military holding facility in Sembach, Germany. He is expected to be remain there until the court-martial.

At an April 20 hearing to determine whether Owens would remain in custody, prosecutors did not provide a motive for the alleged crimes and said they believed that the 19-year-old did not have any prior connection to the victim. The knife reportedly used in the attack was later found by Air Force Office of Special Investigation agents during a search of Owens’ dorm room.

The victim, who has not been identified, was initially treated by fellow airmen who heard her screams and transferred to the hospital in Pordenone. The wing declined Tuesday to discuss her current status.