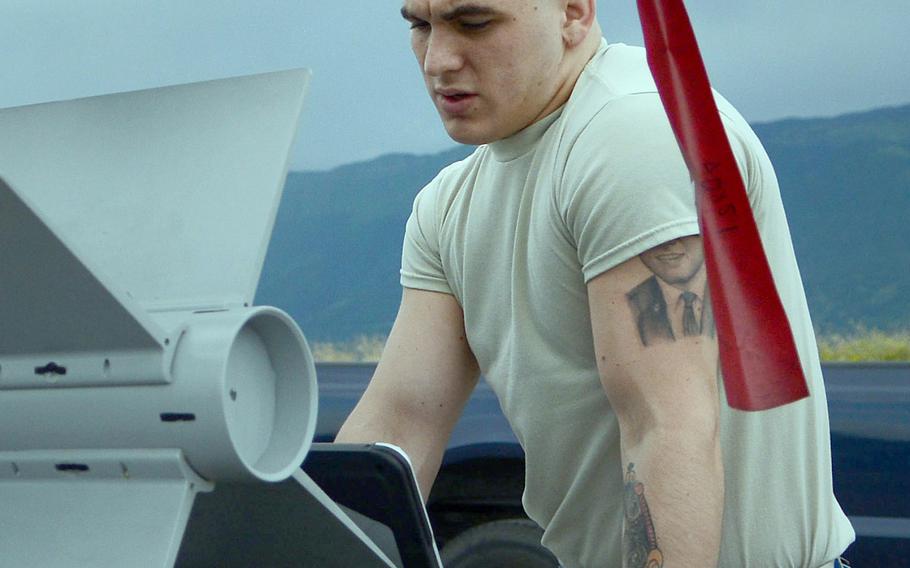 AVIANO AIR BASE, Italy — An airman assigned to the 31st Munitions Squadron died Friday while hiking in the mountains above Aviano Air Base.

“Airman 1st Class Nadeja was an outstanding airman and a valued member of our Aviano family,” Brig. Gen. Jon A. Norman, the wing commander, said, according to a Wing news release. “Our thoughts and prayers go out to the family and loved ones affected by this loss.”

The wing provided no further information as to the cause of death or his age.

Nadeja is the second member of the squadron to die in the last 10 days. Staff Sgt. Heber Rosales died March 26 while undergoing treatment at the base hospital.