Availability of PTSD treatment depends on base 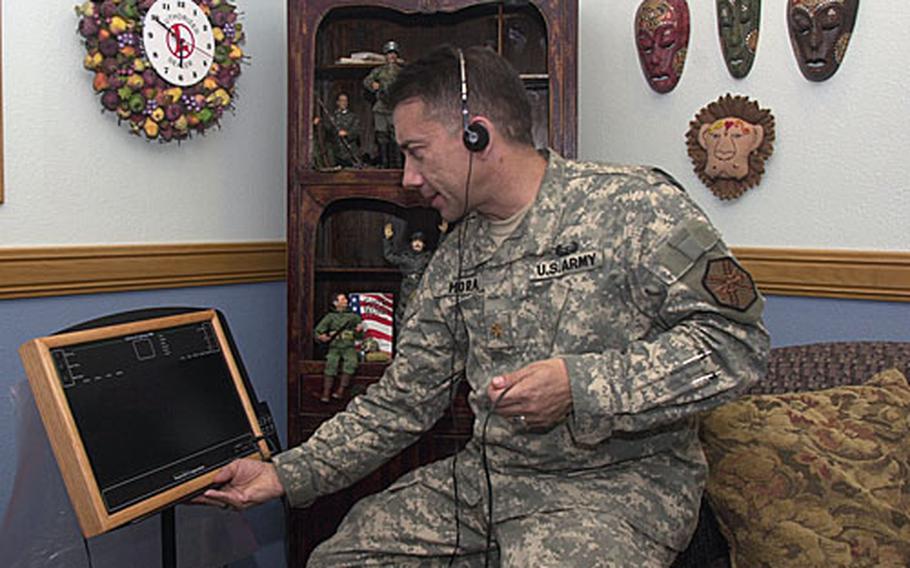 Post-traumatic stress disorder treatment &#8212; and even availability of care &#8212; differs from base-to- base across the Pacific, according to military officials.

On Okinawa, the U.S. Naval Hospital sees no shortage of mental health providers, according to Cmdr. Gary B. Hoyt, the hospital&#8217;s mental health department head.

But at Camp Casey, South Korea, home to a large number of infantry soldiers, positions for a deployment cycle manager and a family counselor have sat vacant for months at different times within the past year, officials said.

Hoyt wrote that while the Defense Department has seen an overall shortage in active-duty, hospital-based mental health providers, the funding for those services is increasing.

The DOD problem is &#8220;related specifically to operational deployment needs, and more generally to the increased psychological demands of the global war on terror,&#8221; Hoyt stated in an e-mail.

Camp Casey officials hope cash bonuses will help attract civilian employees to some of their vacancies.

The Army is offering $5,000 bonuses to counselors who sign on at Casey for just one year, said Wayne Johnson, Area I alcohol and drug control officer.

Johnson says his office typically handles about 50 cases each month. They have five full-time counselors at Camp Casey and one at Camp Stanley.

Some medical personnel emphasize traditional psychotherapy coupled with medication. Others are trying newer therapies, or in the case of chaplains, combining a spiritual component.

Palmer said that memories of past trauma &#8212; like child abuse &#8212; can resurface after traumatic war events, Palmer said.

Palmer said he first saw that when he returned with his unit to Fort Riley, Kan., after two tours in Iraq, and still sees it in South Korea.

In Japan, Yokota Air Base has two staff members trained in exposure therapy, where servicemembers face their anxiety head-on in an attempt to reorient their feelings toward the events.

And one of the newest and fastest-growing therapies for post- traumatic stress disorder is eye movement desensitization and reprocessing, or EMDR.

It looks strange at first, practitioners concede: The patient watches moving fingers, a beeping, flashing board of light or some other distraction while discussing a traumatic experience.

However, numerous studies say the method reorients memories in the brain and helps &#8212; though doctors are not entirely sure how it works.

He said he has seen patients overcome their trauma in as little as four to six sessions.

Even care providers with more clinical backgrounds are taking notice of some of the newer methods.

Capt. Christopher Perry, Area I Support psychiatrist at Camp Casey, says he was skeptical but will learn the method because it appears to work.

However, Perry has no plans to give up more traditional psychotherapy combined with medication, when necessary.

Of the roughly 200 patients per month Perry treats, about 10 percent to 20 percent have combat-related issues, he said.

Many of the combat veterans do not have post-combat stress disorder but come back with alcohol and marital problems.

More commonly, Perry says, they come back with raw nerves.

&#8220;Units need to understand that many of their leaders are extremely irritable because of their experiences,&#8221; Perry said. &#8220;At the same time, irritability is having a huge effect on morale and on junior soldiers who haven&#8217;t been there.&#8221;

When units don&#8217;t listen to opinions on training from people who have served in combat, it can further alienate them.

Stars and Stripes reporters Jennifer Svan and Cindy Fisher contributed to this report.