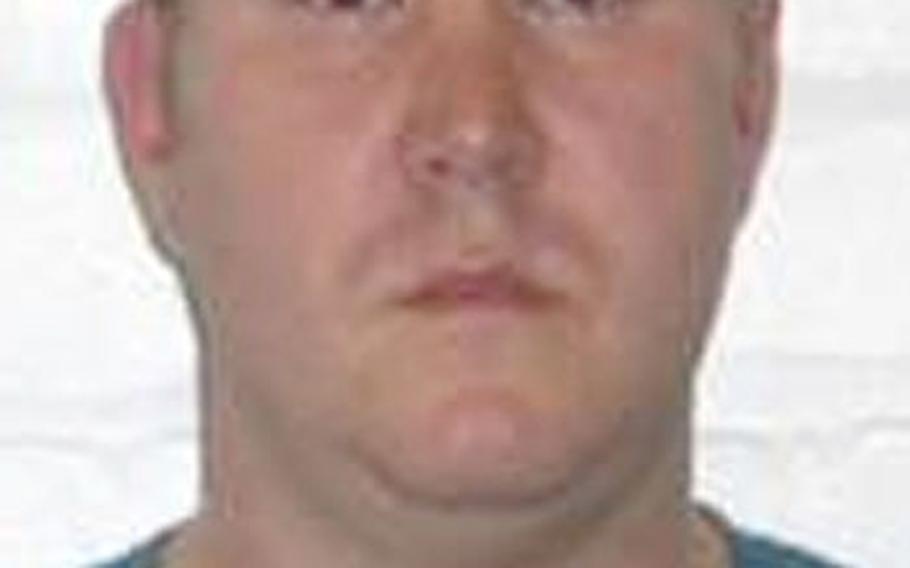 RAF LAKENHEATH, England &#8212; A nationwide manhunt for a jailed airman who escaped from custody was still under way Thursday afternoon.

Airman Basic Jeremy Parrott, 29, fled RAF Lakenheath after eluding an escort who was accompanying him to an appointment at the hospital Wednesday afternoon, according to base officials.

It is not clear exactly how Parrott got away from his escort, Tech. Sgt. Jill LaVoie, Lakenheath spokeswoman, said.

"Right now our main focus is apprehending him," she said Thursday.

Security Forces searched buildings and outbound vehicles for several hours after the incident happened about 2 p.m. British law enforcement has been called in to help with the search for Parrott.

Authorities said Parrott does not have a U.S. passport and suspect he is heading to the East Coast of England. He had served less than three months of his three-year sentence when he escaped.

Parrott pleaded guilty to two counts of possessing child pornography and one count of receiving it during his court-martial this summer. The charges stemmed from a Web site he accessed while stationed in North Carolina and England that was flagged by federal investigators during a sting operation.

Parrott, who was assigned to the 48th Aircraft Maintenance Squadron at Lakenheath, was also given a dishonorable discharge and demoted during his sentencing in July.