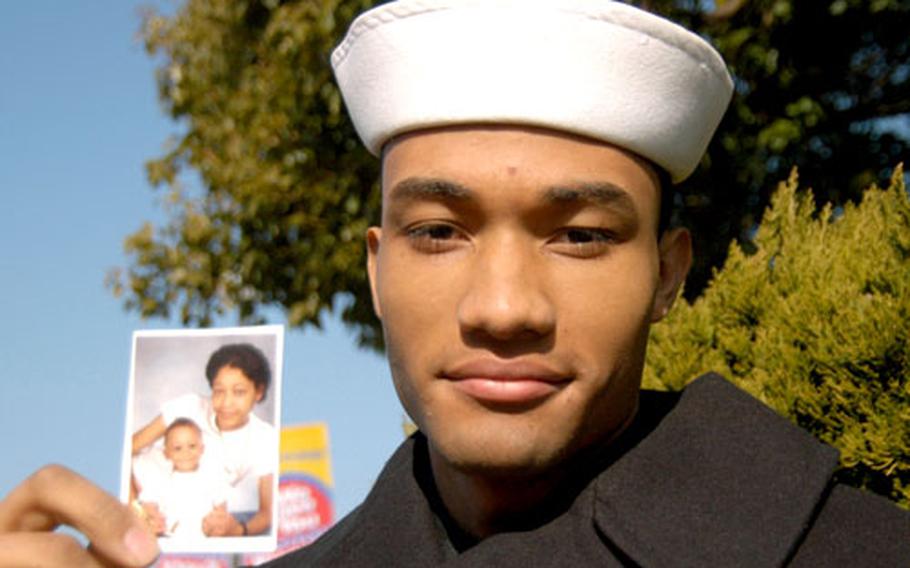 Seaman Tim Dixon got an eyeful of his in a parting shot snapped by staff members at Westchester Medical Center in New York before they transplanted the organ in Dixon&#8217;s sister, Star.

The important thing was that the organ worked. And now, after the transplant in October, his 22-year-old sister is alive and mending after battling kidney disease for three years.

Dixon says he&#8217;s almost 100 percent and the scarring is minimal, but with only one kidney to regulate fluids in the body, his bathroom trips are far more frequent.

The situation was stressful &#8212; Dixon was out of leave and was due back to Japan before he had the surgery. A flurry of frantic phone calls to a New York veterans&#8217; service agency, a mayor and a local representative resulted in an extension, he said.

Star was in end-stage renal failure, Dixon said. Diagnosed with lupus at 19, she was hospitalized for almost a year. Her lungs were bleeding, her major organs were failing and the dialysis was draining the energy out of her, Dixon said. Star has a young son, Marvin, who is 1&#189;.

Once Star got sick, Dixon, as the overprotective brother, didn&#8217;t like that she was getting transfusions from other people. Turns out, the siblings had more in common than hobbies &#8212; they had compatible blood and tissue types, which meant Dixon could give Star one of his two kidneys.

Kidneys are by far the most transplanted organs in the United States, with more than 16,000 surgeries performed every year.

The operations usually &#8220;take,&#8221; as successful transplants from living donors run a 97 percent rate and those from cadavers run 94 percent.

Kidneys also are the most wanted organs, with an estimated 65,000 people on the waiting list.

For his part, fellow Warlord airman Ryan Rhody is duly impressed by his colleague&#8217;s actions, he said.

Dixon demurred the compliments, saying that it was no big deal.