Atsugi’s renovated gym is ready for a workout 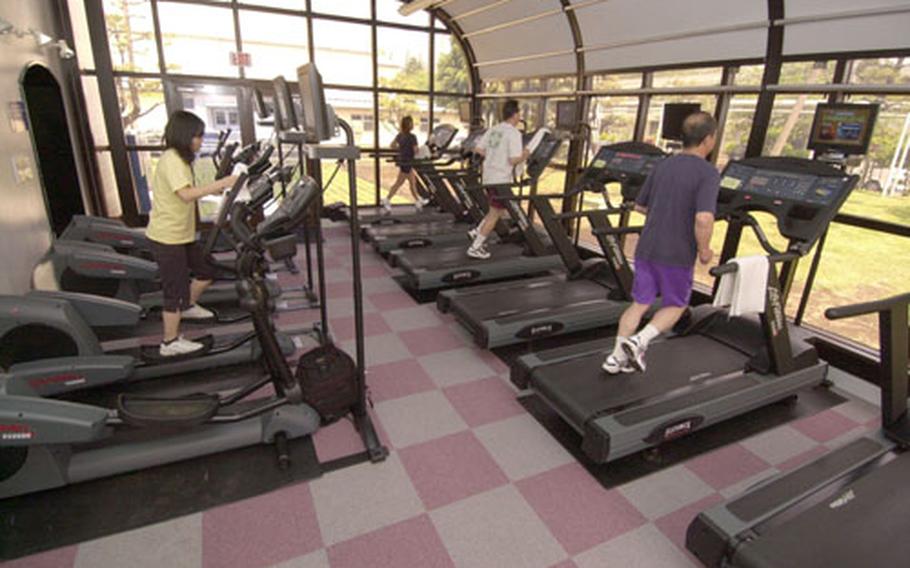 The new gym at Atsugi Naval Air Facility has individual televisions and DVD players for the cardio machines and an open-air feeling from the large windowed rooms. (Jim Schulz / S&S)

The renovation consolidated three smaller workout facilities and created a more unified and comfortable place for sailors, family members and Department of Defense civilians to work out.

The renovation brought together cardio machines, free weights and other machines that had been scattered among Halsey Gym and two 800-square-foot former racquetball courts across the street.

One of the former courts, Building 407, was expanded into a 2,100-square-foot building with an upstairs &#8220;tatami&#8221; room for martial arts classes and two glass-enclosed wings.

One wing houses cardio machines such as treadmills. The other wing and the central area are used for free weights, machines, and bikes.

He said the facility consolidates everything into one convenient location, but it&#8217;s a little tight even after the renovation. The building has about 20 cardio machines spaced fairly close together. It&#8217;s also across the road from Halsey Gym, where the men&#8217;s and women&#8217;s locker rooms and a basketball court are located.