Atsugi's celebrity chef, Mr. P, kicks it up a notch 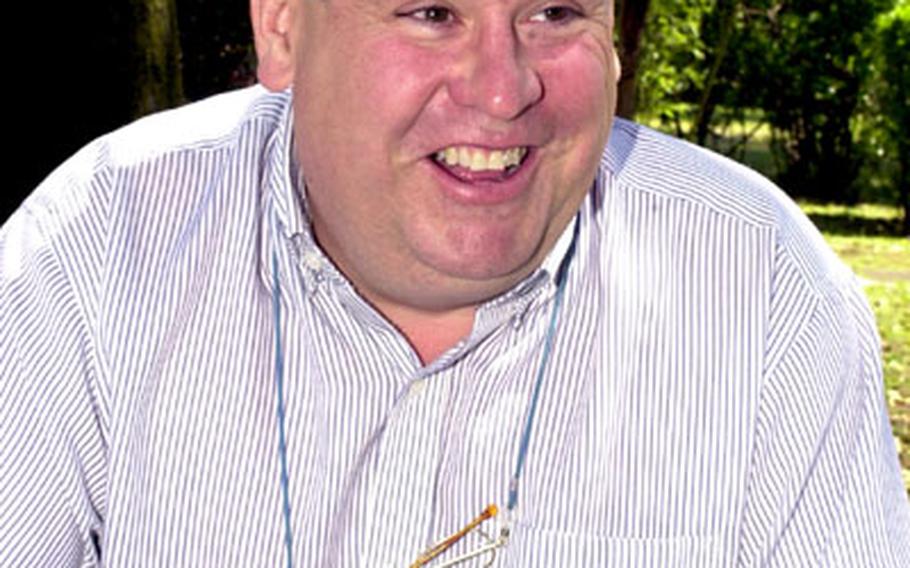 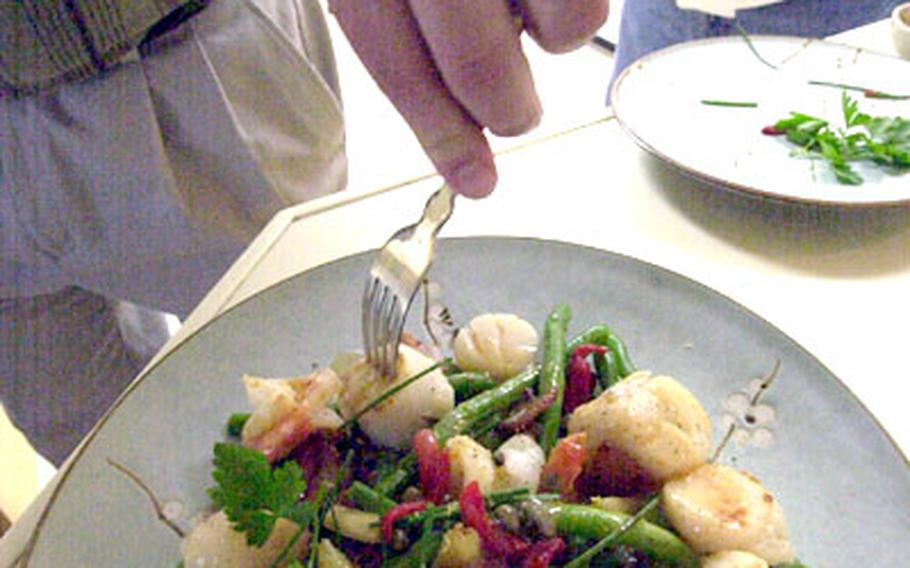 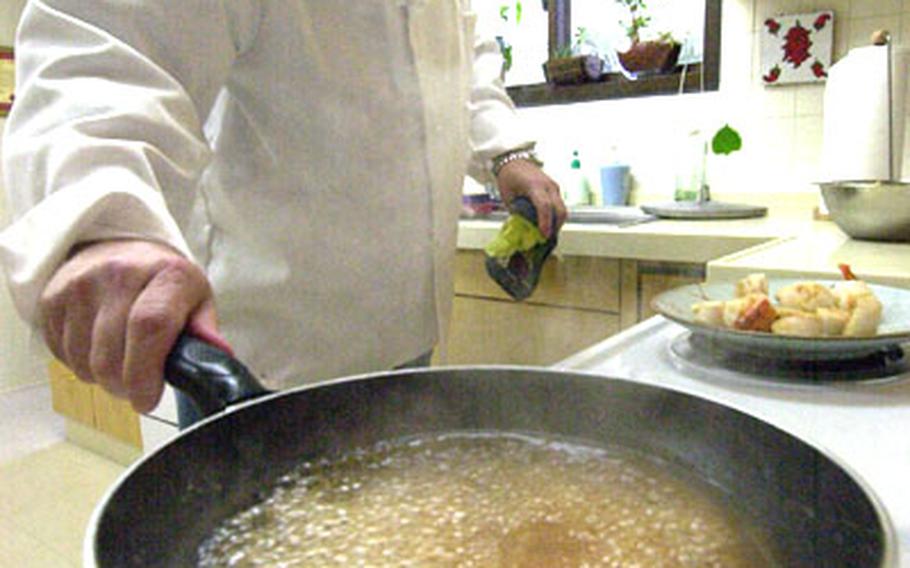 McAndrew lives and breathes cooking. He maintains an herb garden in his back yard and pines for his kitchen when he&#8217;s away on vacation.

After watching too many young spouses in the commissary checkout lines with Hungry Man frozen dinners, he decided something had to be done.

The idea for his show came from a family friend. After the McAndrews &#8212; Pat and his wife, Navy Cmdr. Bess McAndrew &#8212; treated her to several dinners, she was hooked and suggested the show.

The program is made monthly, filmed at the Kamiseya housing facility by Atsugi&#8217;s public affairs office. There&#8217;s no budget &#8212; McAndrew supplies his own ideas and ingredients.

The idea was to create a meal using wholesome, fresh ingredients in about the time it takes to thaw and cook a frozen dinner.

&#8220;I could show them how to do something so that, by the time they cook the frozen stuff, they could have a good nutritious meal,&#8221; he said.

He offers viewers several words of advice: use the freshest ingredients available and learn the basics, such as making soup stocks and roux, a butter and flour mixture that&#8217;s the basis of many sauces.

As he settles into the show&#8217;s routine, McAndrew said he&#8217;s learning to have more fun and even cracks a few jokes.

He&#8217;s filmed four episodes so far. The first was a lesson on cooking turkeys, made especially for wives facing the holidays. The next was a shrimp fraddia and the third, two hearty soups.

The current episode demonstrates a Pasta e Pollo ala Contadina, a juicy chicken dish with a tomato base.

McAndrew, who dons a signature yellow scarf for the show, has become a base celebrity. People write and thank him and stop him on the streets. Although much of his fan base comes from wives, many servicemembers have said they enjoy watching, too, he said.

The TV chef extraordinaire got his start working as a waiter during college.

The restaurant&#8217;s chef taught him to cook at night, and McAndrew soon wound his way up through the restaurant culinary ranks.

After college, he lived in Europe and picked up food preparation methods everywhere he went. &#8220;I&#8217;d send the cook a drink and he would tell me how to do things.&#8221;

Now in Japan, McAndrew is learning to add a Japanese flavor to many of his favorite dishes.

As a Navy spouse at Atsugi, McAndrew wanted to do something fun, encourage healthier living, and help people become great cooks and hosts. He suggests wines and accompaniments for meals.

He also hopes viewers will gain the confidence to experiment.

This is currently airing (through May) on the base information channel at Atsugi.

Your favorite pasta &#8212; cooked and drained

Melt butter with olive oil in large Dutch oven. Add proscuitto and saut&#233;. Sprinkle whole chicken with salt and pepper. Place rosemary and a garlic clove under chicken skin in various places. Add chicken to proscuitto/butter mixture and brown on all sides. Add crushed tomatoes and chicken stock to within 3 inches from Dutch oven top. Simmer on medium for about 1 hour. Add chicken stock to pot periodically as needed. Cook until chicken is done and very tender. Place on ovenproof plate and place in oven on warm.