Atsugi housing policy aims to fill vacant units on base 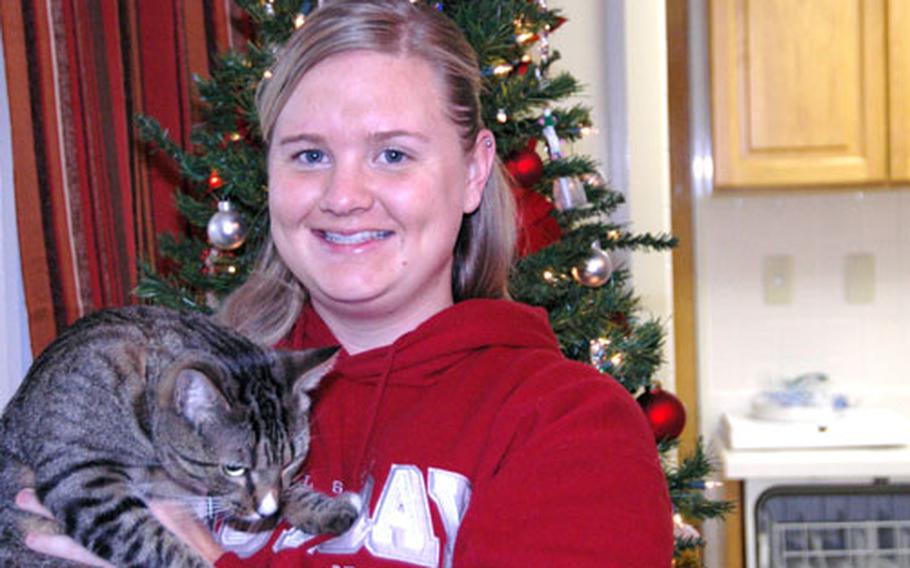 Atsugi’s new housing rule doesn’t affect Navy spouse Rachel Beer. She and her husband live on base because they wanted an apartment that was close to base facilities and to his workplace and that would accept cats. (Chris Fowler / S&S)

Atsugi has 336 housing units for enlisted personnel E-1 through E-6 in two on-base towers. The 97 vacant units come from one tower, Baulknight said. The other tower is completely empty for renovation, which is expected to be completed in February.

Baulknight said the decision saves the Navy money by &#8220;limiting the amount of OHA payments&#8221; and offers &#8220;a more convenient lifestyle for the families involved.&#8221;

To date, only a handful of families have been affected.

According to Baulknight, commands used to determine whether a family should live on or off base, basing their decisions on factors such as &#8220;duty requirements and individual command requirements.&#8221;

Baulknight said everyone who arrived at Atsugi before Oct. 1 is &#8220;grandfathered&#8221; and can live off base penalty-free.

Newly arrived junior enlisted personnel don&#8217;t have that option. According to the policy statement, should a servicemember &#8220;decline available government housing, they will relinquish their Overseas Housing Allowance.&#8221;

&#8220;It&#8217;s a sensitive issue because it gives the impression that we are limiting housing options,&#8221; Baulknight said of the new policy.

But so far, he said, the only complaints received by his office have come from people who either didn&#8217;t read or didn&#8217;t understand the policy. &#8220;It only affects sailors with two dependents.&#8221;