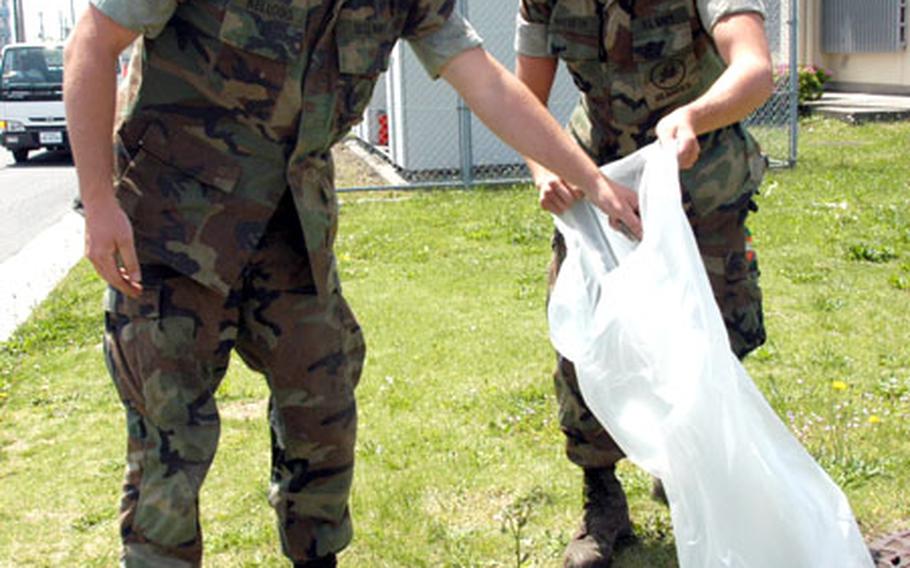 NAVAL AIR FACILITY ATSUGI, Japan &#8212; More than 60 people are expected to line up Wednesday, armed with gloves and trash bags, to sweep across base, leaving tracts of litter-free space in their wake.

As part of a week of Earth Day activities, the base planned the second annual cleanup to get the community involved in a way that could have a positive, lasting impact, said Ileana Speer, Department of Public Works environmental division director.

Earth Day, held on April 22, is a reminder to the world to take better care of the environment and an opportunity to educate people about conservation and recycling.

Following the two-hour cleanup along the flight line, volunteers are invited to a party catered by donations from the commissary and items purchased by the base through car wash fund-raisers, Speer said.

Base leaders began Earth Day cleanups in 2004. Speer said their goal was to educate people about the environment as well as improve the community.

The cleanup, recycling and taking care of the environment are important whether people live at home or abroad, Speer said. &#8220;We&#8217;re guests here and we have to be responsible,&#8221; she said, adding that stewardship is necessary &#8220;no matter where you are.&#8221;

Volunteers should meet outside Ranger Gym, Building 3076. Refreshments to follow.