Atsugi event is alcohol-free, but not fun-free 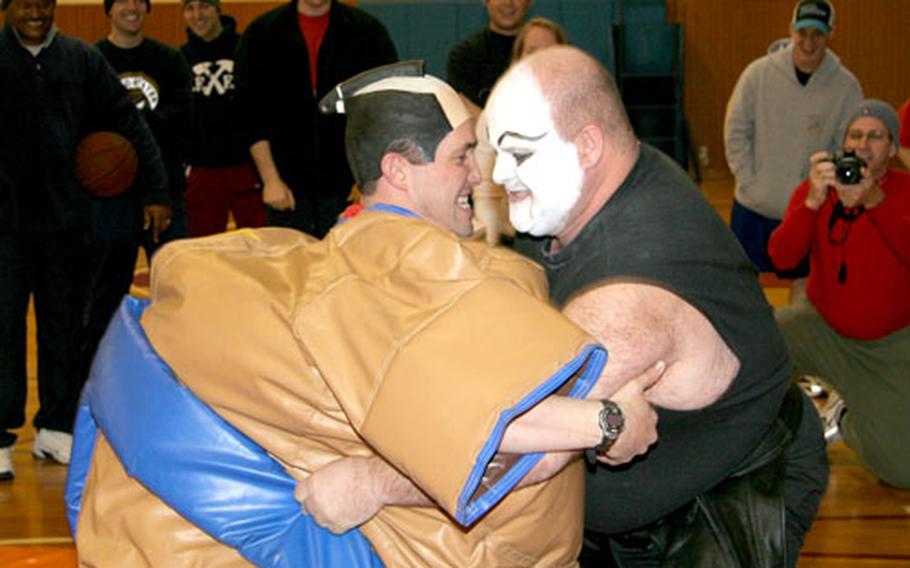 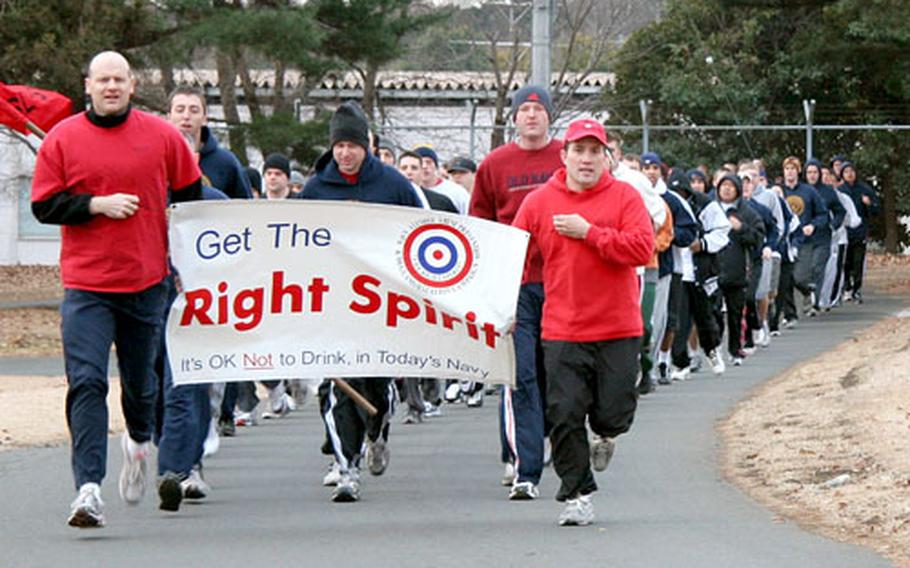 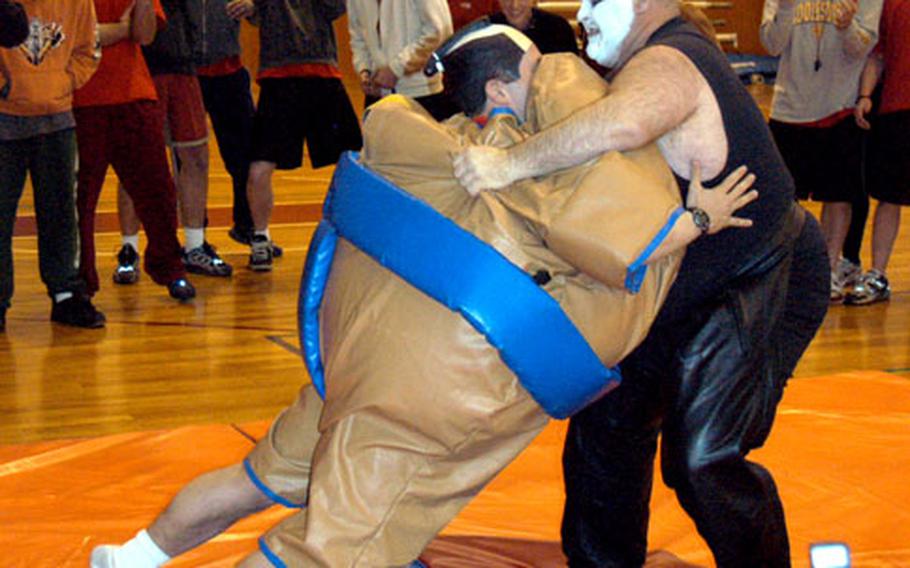 His competitor, Petty Officer 1st Class John Kirkpatrick, an aviation machinists mate, didn&#8217;t even wear a suit but a college stint as a weightlifter gave him the needed advantage.

The Navy created Right Spirit in 1995 to deglamorize alcohol and educate sailors about alcohol abuse. The program involves education and counseling if needed but units also are encouraged to hold fun events.

This was HSL-51&#8217;s first Right Spirit Day. It not only gave the Warlords a day off work, free food and prizes, but allowed one of the busiest squadrons a rare chance to get together as a whole.

All of the detachments were back for the day.

Coyne said having a field day offers a more tangible illustration that people can have fun while being sober. The campaign seems to be working: Alcohol-related infractions are dropping, he said. &#8220;I think it&#8217;s because we&#8217;re paying attention to it.&#8221;

The day began with athletic competitions &#8212; relay races, basketball free-throw competitions and swimming competitions, won by most of the squadron&#8217;s search- and-rescue swimmers.

Atsugi&#8217;s Single Sailor program office contributed the sumo suits, which are inflated around the wearer with an air pump.

Chambers, like many, said the day is an opportunity to bond with the squadron, have some fun and, yes, remember the central theme about alcohol and problems it can cause.

The goal is &#8220;to make sailors [fit] into this new, nondrunk Navy,&#8221; said Chief Petty Officer Thomas Beverly, who works in aviation maintenance administration, who also is the squadron&#8217;s Drug and Alcohol Program advisor.

He attended a class in San Diego to devise ideas for such programs. Other squadron chief petty officers chipped in ideas, which executive and commanding officers approved.

Petty Officer 2nd Class Shawn McEachern, who won the free- throw competition and was part of the second-place 3-on-3 basketball team, said having everyone get together builds teamwork and gives everyone something to talk about at work.

&#8220;You get to know everyone,&#8221; he said. While that may not prevent drinking, it may encourage squadron members to look out for one another, which can prevent alcohol-related incidents. &#8220;When you get a command together it builds teamwork,&#8221; McEachern said. &#8220;You know people so you know who to look out for.&#8221;