Atsugi energy fair shows how conservation can be cool 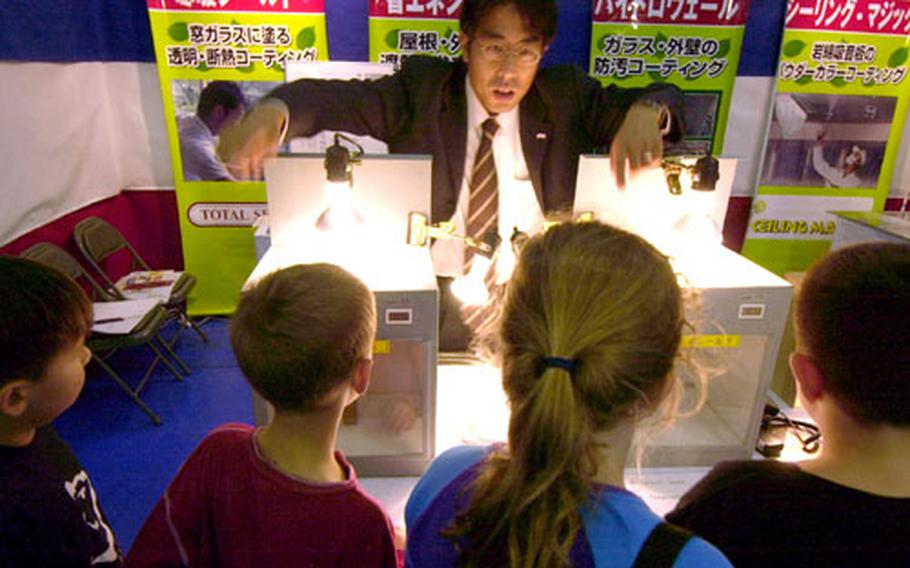 Chief Allejandro Bautista and Chief Eric Jovellanos use a heat detector as part of an exhibit on display during the energy fair on base at Naval Air Facility Atsugi on Thursday. (Christopher B. Stoltz / S&S) Petty Officer 1st Class Michael Robinson shows third graders how many cans fit into this crushed cube of metal as part of his exhibit at the energy fair at Naval Air Facility Atsugi on Thursday. (Christopher B. Stoltz / S&S) 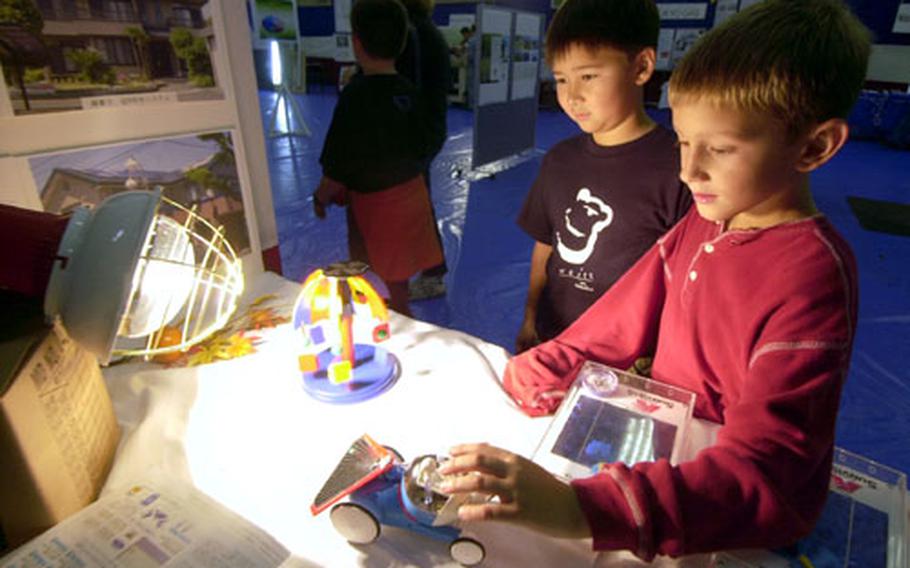 There were tires made from corn, a block of squashed cans and free hamburgers cooked up by Seabees.

Naval Air Facility Atsugi on Thursday welcomed the public into Halsey Gym to learn ways to reduce, reuse and recycle during the third annual Energy Fair.

As part of Energy Conservation Week, base officials brought together several commands and off-base companies to show residents ways to save energy.

The fair demonstrates what the base itself is doing to save energy and gives Americans and Japanese nationals who work on base ideas for saving energy at home.

&#8220;I like the Barier soccer ball house [a transportable shelter],&#8221; said Chief Petty Officer Eric Jovellanos, from public works. &#8220;I think it&#8217;s a good, innovative idea for military and civilian purposes that could save lives and be good for camping, too.&#8221;

Chief Petty Officer Allejandro Bautista said the fair is an annual tradition: &#8220;I like to come and check out the new products. We try to make a tradition of coming here.&#8221;

The fair is part of the base&#8217;s effort to comply with a Department of Defense plan to cut energy consumption by 2 percent a year for the next decade, Hamrock said.

At the schools this week, base representatives taught kids about energy and the need to conserve it and sponsored a poster contest, Hamrock said. &#8220;We&#8217;re trying to teach them that we have a finite number of resources.&#8221;

Third-grader Mia Wilson said the fair was fun, too: &#8220;I pretty much like everything, but I really like the solar power exhibit.&#8221;

Stars and Stripes photographer Christopher B. Stoltz contributed to this story.