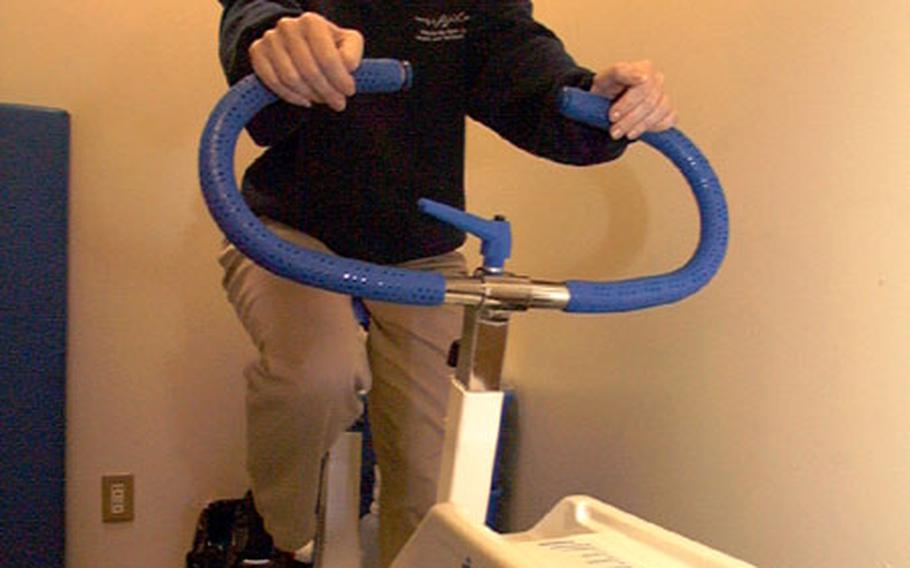 YOKOTA AIR BASE, Japan &#8212; Airmen here setting out to prove their physical prowess now get to pedal on $5,000 bikes.

The test, which measures how efficiently the heart and lungs transfer oxygen to the muscles, is a required part of every airman&#8217;s annual fitness evaluation.

On the old bikes, airmen had to maintain a speed of 50 revolutions per minute. A person acting as a fitness monitor, meantime, adjusted the resistance accordingly to get a valid assessment; heart rate must be at least 125 beats per minute.

The new bikes automatically adjust the workload. Airmen can also cycle between 50 and 80 rpm. In the process, two variables that could have slightly affected test results are eliminated: manual adjustments prone to human error and a participant&#8217;s nervousness about maintaining a certain pace.

Wiping the sweat from his brow, Maj. Norm Maloy, 39, said he noticed a subtle difference in his just-completed ergo test.

The cycle ergometry test has been the Air Force cardiovascular standard since 1992.

Yokota is one of the first bases in Pacific Air Forces to adopt the automated bikes. Karger did not know which other bases have them.