At Vicenza, the Fourth means freedom ... and food 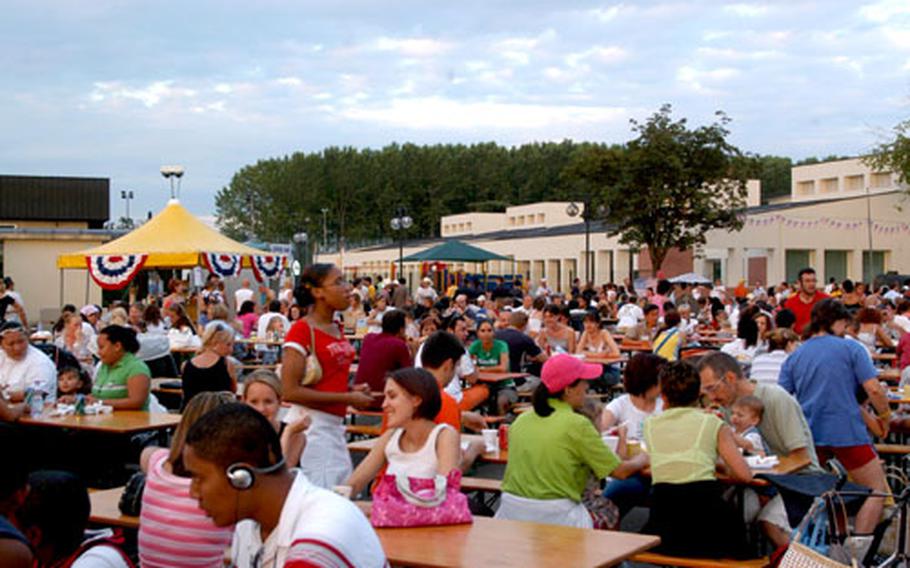 Nadine Malouf sings a song while the other students from the Franklin School for Performing Arts - otherwise known as Electric Youth - perform Sunday. (Kent Harris / S&S) 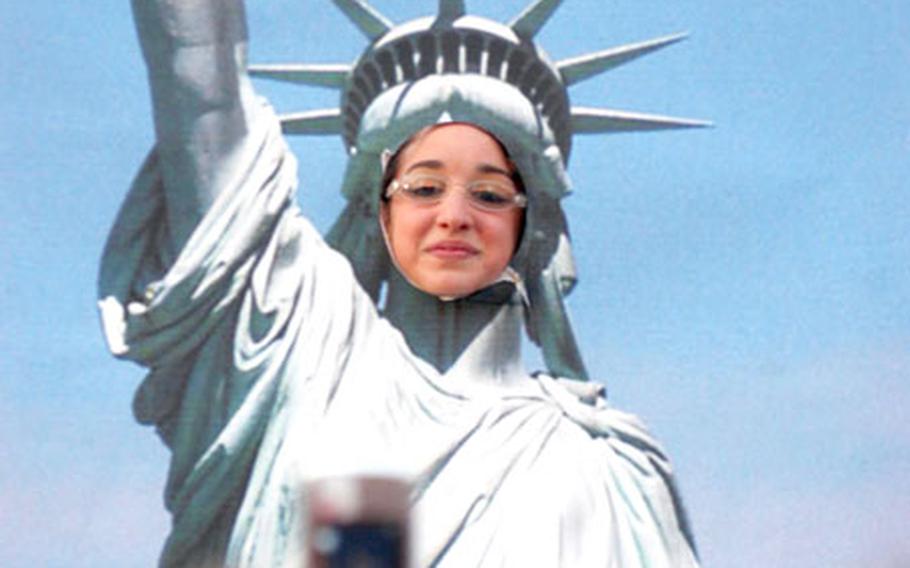 An Italian poses behind a cutout of the Statue of Liberty while her friend takes a picture with her cell phone. (Kent Harris / S&S) 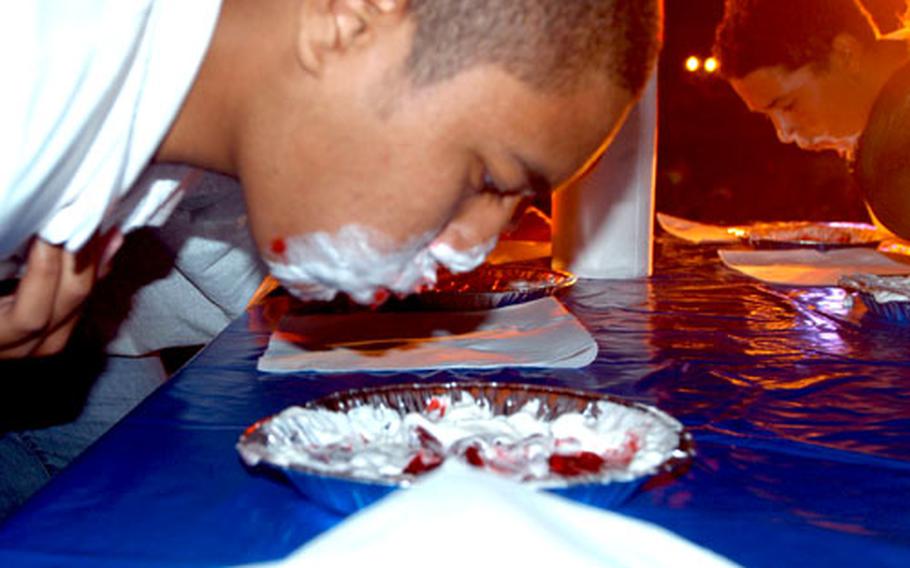 Indeed, the main attraction appeared to be food. A handful of organizations around the base manned booths serving a variety of ethnic foods. Those hawking Greek, Tex-Mex and Southern fare vied for the longest line.

Maj. Leon Kircher, chaplain for the 22nd Area Support Group, was in full cooking mode, serving up barbecued ribs. Good thing he took the time to become a certified grill master while living in Memphis, Tenn.

Louis Bonamego, whose mother Rita works on base, won the hot dog eating contest. He polished off 3&#189; in two minutes. Not satisfied with that, he finished off the one he hadn&#8217;t eaten after the contest. And then scarfed down two more.

A while later, he joined those having dinner from one of the booths. Still not sated &#8212; food and competition-wise &#8212; he wanted to enter the pie-eating contest a few hours later. No, officials said, let someone else win.

That someone turned out to be 14-year-old Florin Afene, who defeated five other competitors by cleaning up a plate of strawberries and whipped cream &#8212; without using his hands.

Youth were served elsewhere as well, with a group of more than a dozen teens from the Franklin School for the Performing Arts from Massachusetts performing on the main stage. Many of the songs that &#8220;Electric Youth&#8221; sang were older than they were.

That suited Robert and Franca Ross just fine. Canadians who live in Vicenza, they sang along.

Raye Lynn Mercer, director of the school and one of those playing music, said the group was finishing up a three-week tour of Austria and Italy. It was the third straight year they performed in Vicenza. Another show was set for Aviano on Monday.

&#8220;Being a part of the celebration for the military has become an important part of the tour,&#8221; Mercer said.

Those who liked to dance had to wait a few hours. But Hot Guns, a country-western cover band composed of Italians from greater Vicenza, had toes tapping during their sets. A group of Italian line dancers joined the festivities &#8212; many sporting American-style cowboy hats &#8212; in front of the stage.

Using up all that energy, it was no wonder the food was going quickly. But organizers said they had plenty left, not only for the rest of Sunday, but Monday as well. A good thing, because Monday looked to be &#8220;Groundhog Day&#8221; as well as Independence Day.