At the helm of a U.S. warship, a Vietnam refugee comes home 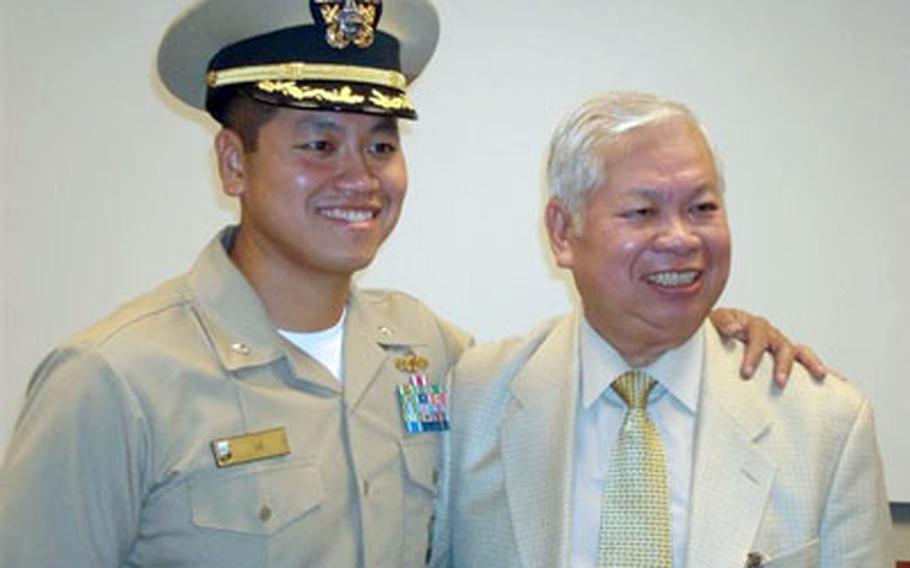 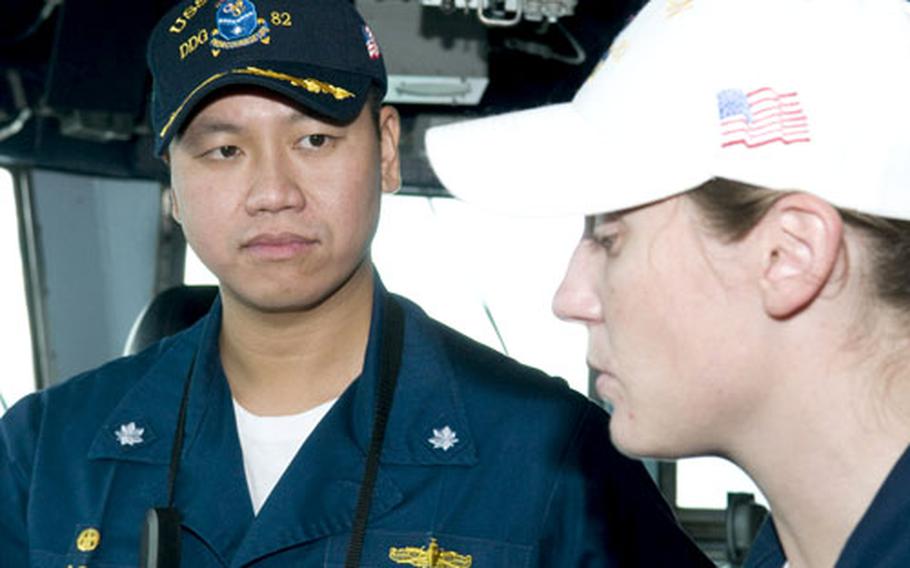 Cmdr. Hung Ba Le, left, commanding officer of the guided-missile destroyer USS Lassen, discusses the ship&#39;s position during operations at sea Wedneday. Le, the first Vietnamese-American to command a U.S. Navy ship, is returning to the country of his birth for the first time in 34 years. (Matthew White / U.S. Navy) Cmdr. Hung Ba Le, front left, and his siblings on Thuan An beach, just south of their hometown of Hue, Vietnam, in 1974. (Courtesy of the Le family) 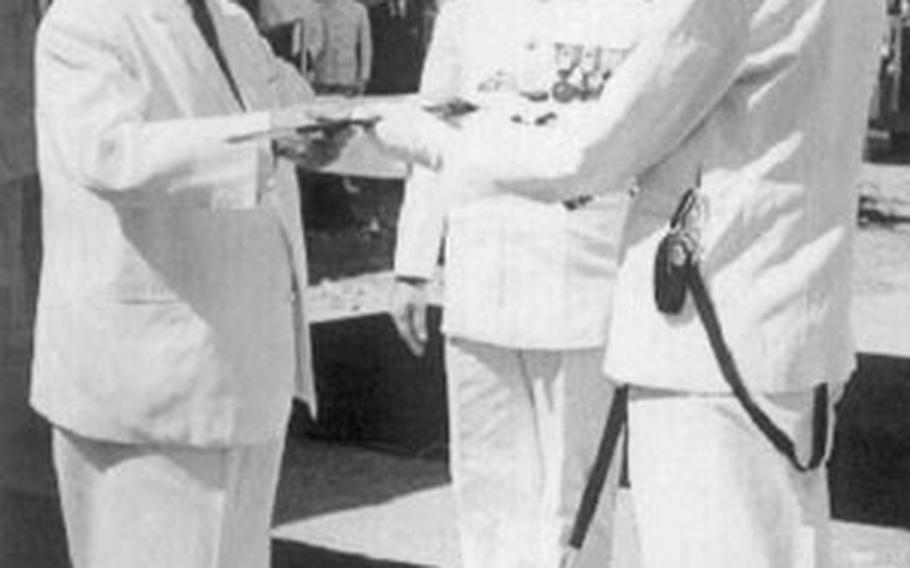 Ensign Thong Ba Le, right, receives his Sword of Honor from Vietnamese president Ngo Dinh Diem at his graduation from the Vietnamese Naval Academy in 1962. (Courtesy of the Le family)

This week, he returns to the land of his birth for the first time. And it is a U.S. Navy ship &#8212; the guided-missile destroyer USS Lassen that he commands &#8212; that will take him there.

On April 30, 1975, Saigon&#8217;s fall was imminent. Le&#8217;s father, a South Vietnamese navy officer, had just assumed command of the Nha Be Naval Support Activity Base after learning the previous commander left the country without warning.

He led his sailors until the last possible moment. But finding himself unable to communicate with his headquarters and fearing the impending collapse of the government, he ordered his men to go home and be with their families.

In his online memoir, &#8220;The Journey of Destiny,&#8221; Le&#8217;s father wrote: &#8220;It was over. There was no one willing to fight because there was nothing for which to fight. The country was about to collapse under the Vietnamese Communist. I was so desperate, angry, and upset in my heart.&#8221;

Now the younger Le transits the same waters where he and his family sought refuge more than three decades ago.

After the fall of Saigon, Le&#8217;s family escaped on a fishing trawler. Le&#8217;s father led the vessel and its 400 refugees out to sea on April 30, 1975. Numerous times, the younger Le said, the refugees were refused assistance from passing ships.

As Le&#8217;s father navigated the boat out to sea, he was leaving behind more than his native country: His four oldest children, living in the family&#8217;s hometown of Hue, were unable meet the rest of the family before the trawler departed.

After days at sea, sleep-deprived and hungry, Le, three other siblings, his parents and the other refugees were taken aboard the USS Barbour County, a ship participating in Operation Frequent Wind &#8212; the evacuation of foreigners and South Vietnamese from Saigon.

The Barbour County took the refugees to the Philippines.

&#8220;The cool ocean breeze could not comfort the wave of sorrow in the heart of this Vietnamese refugee,&#8221; the elder Le wrote in his memoir.

The Le family eventually made their way to Camp Pendleton, Calif., where they were kept in a refugee camp for several weeks.

They soon found sponsorship from an American family and made the trek to northern Virginia, where they would eventually settle.

With no money, Le&#8217;s father worked various jobs to support the family before settling into a job at Giant Food, a supermarket chain.

Although the family&#8217;s journey to gain U.S. citizenship lasted eight years, Le describes his experience in America as one of little struggle.

In 1983, the naturalization process concluded and the family&#8217;s four oldest children were permitted to join the family.

With a family deeply rooted in naval heritage, Le said that as a teenager getting accepted to the U.S. Naval Academy was his goal.

&#8220;I was never pressured over the years from my father to do so,&#8221; he said Tuesday as his ship steamed toward its scheduled Saturday port call to Da Nang with USS Blue Ridge. &#8220;But [I] enjoyed being able to follow in his footsteps.&#8221;

Le&#8217;s father recently told him that following his son&#8217;s career, and seeing him command a Navy warship, has added years to his life.

Graduating from the Naval Academy with merit in 1992, Le was designated as a surface warfare officer. Four ships and 17 years later, he finds himself leading one of the Navy&#8217;s premier warships back to a land of which he has few memories.