At soroban, learning adds up to fun 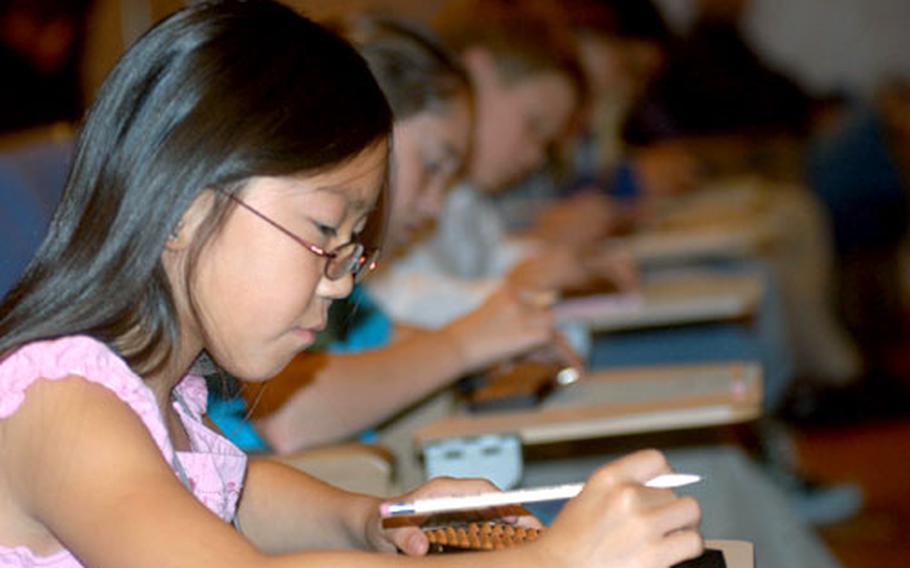 Hannah Sutherland, a fifth-grader at Cummings Elementary School, calculates a math equation on an abacus during a soroban competion at the Misawa International Center on Wednesday. (Jennifer H. Svan / S&S)

Hannah Sutherland, a fifth-grader at Cummings Elementary School, calculates a math equation on an abacus during a soroban competion at the Misawa International Center on Wednesday. (Jennifer H. Svan / S&S) 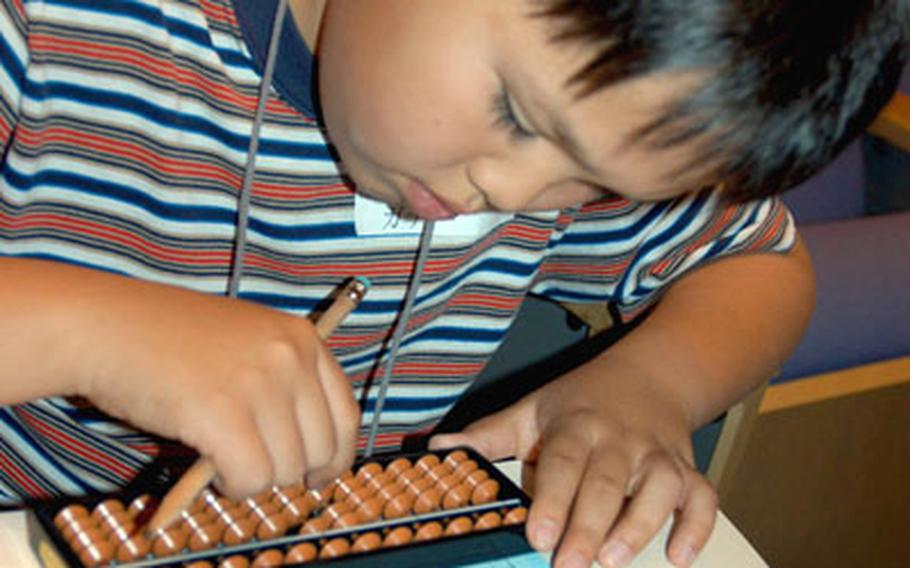 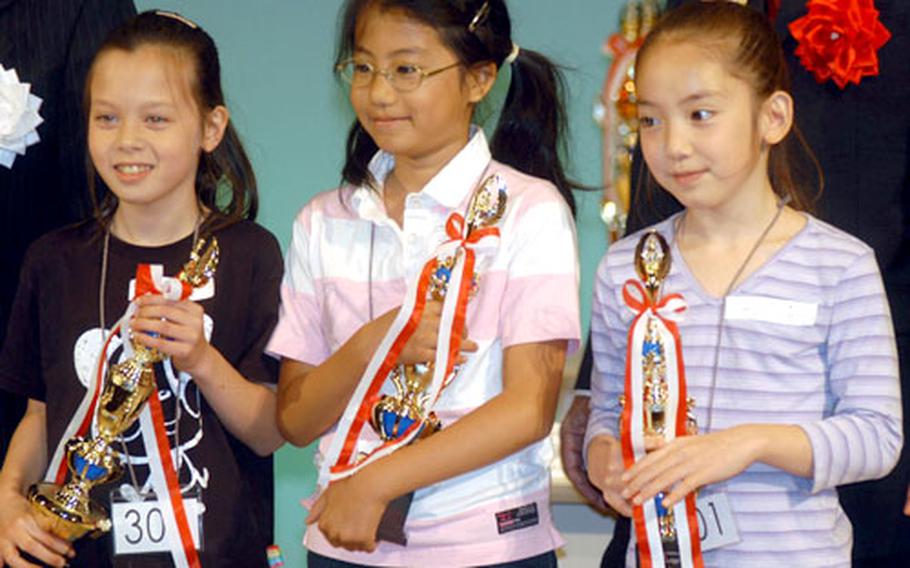 From left, Alicia Harris, Jennifer Matsueda and Alisha Dunne, all third-graders at Misawa Air Base, Japan, hold up trophies they won for finishing in the top three in oral dictation during the 15th annual Soroban Contest at Misawa International Center on Wednesday. (Jennifer H. Svan / S&S)

Sponsored by the League for Soroban Education of Japan and Department of Defense Dependents Schools in the Pacific, the contest featured about 75 students in grades three through eight and their abaci.

As their soroban teachers, parents and local Japanese officials watched, the students were tested in written, oral and anzan &#8212; or mental calculation.

&#8220;It was fun but hard,&#8221; said Sollars Elementary School sixth-grader Anwar Jones, who won first- and fourth-place prizes at his grade level.

Soroban is the Japanese word for abacus, the flat board calculator with beads used to compute complex figures. Its use is part of the host-nation class curriculum at DODDS Pacific elementary schools in Japan and Okinawa, school officials said. DODDS schools in South Korea are just starting soroban instruction this year, said Kim Bertola, education chief for the Japan District Superintendent&#8217;s Office.

Studying the soroban in DODDS schools was introduced about 27 years ago. The E.J. King School principal at Sasebo Naval Base, Japan, contacted the district office after a teacher was impressed with a professional soroban demonstration at the school, said Takashi Suyama, DODDS Pacific Area Office interculture coordinator.

Many of the kids Wednesday left with big trophies and proud smiles.

&#8220;If you remember the first day you walked into soroban class, what you could do with the soroban, and where you are now, that&#8217;s really the prize, the experience of learning,&#8221; said Sollars Elementary School Principal Tom LaRue.