At Red Cloud, Lunar New Year is fun and games 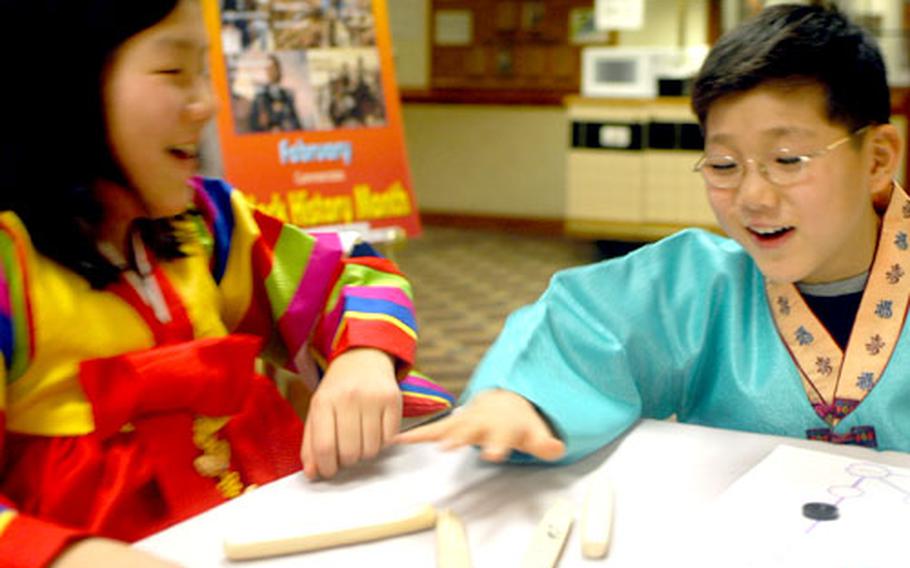 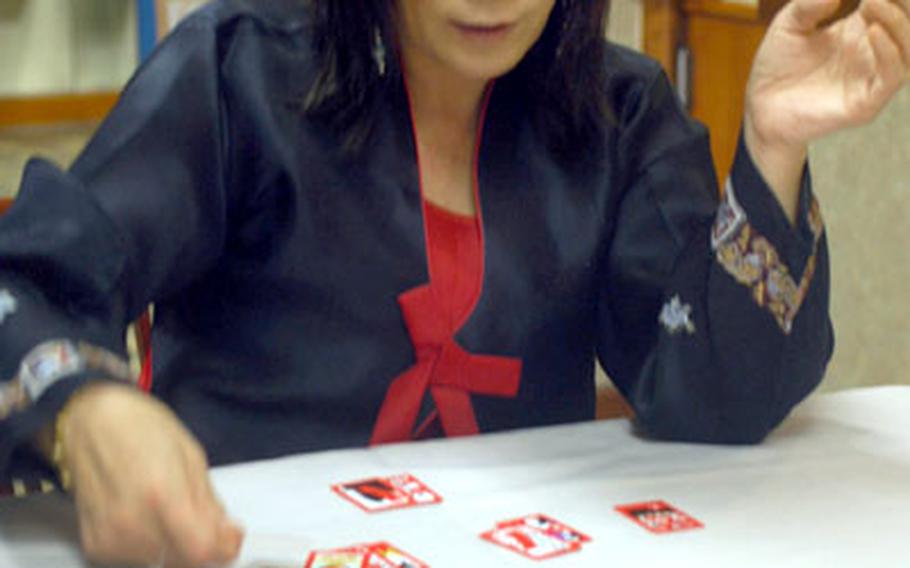 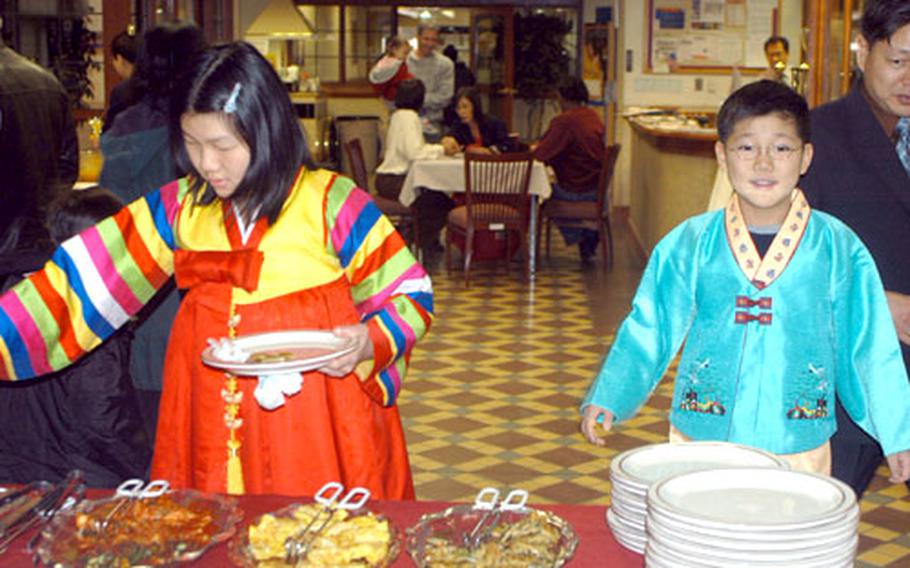 Black said her Hanpok was a modern version of the dress.

&#8220;It is more comfortable than the traditional ones. They have paper in them that you have to replace every time you wash them,&#8221; she said.

Black said most South Koreans spent Wednesday morning worshiping their ancestors by bowing in front of a table covered with food offerings at home. In the afternoon. she said, they took more food to their ancestors&#8217; graves.

More than 20 million South Koreans jammed the roads to visit their families during the three-day holiday, Black said.

CAC visitors were offered free lessons in South Korean games such as Hwato (Go-Stop), a card game in which players attempt to collect the most points by matching cards bearing pictures of flowers, butterflies, rabbits, deer, people and pigs.

The game involves throwing four sticks in the air, then moving counters around a board based on which way the sticks land.

Pak said her family visited her in Tongduchon, near Camp Casey, and that the children played traditional South Korean games with their cousins.