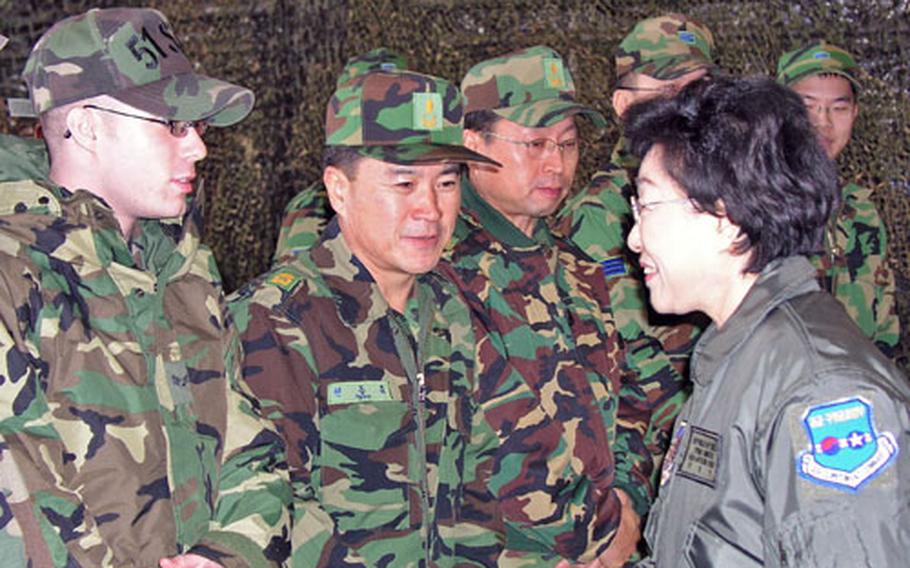 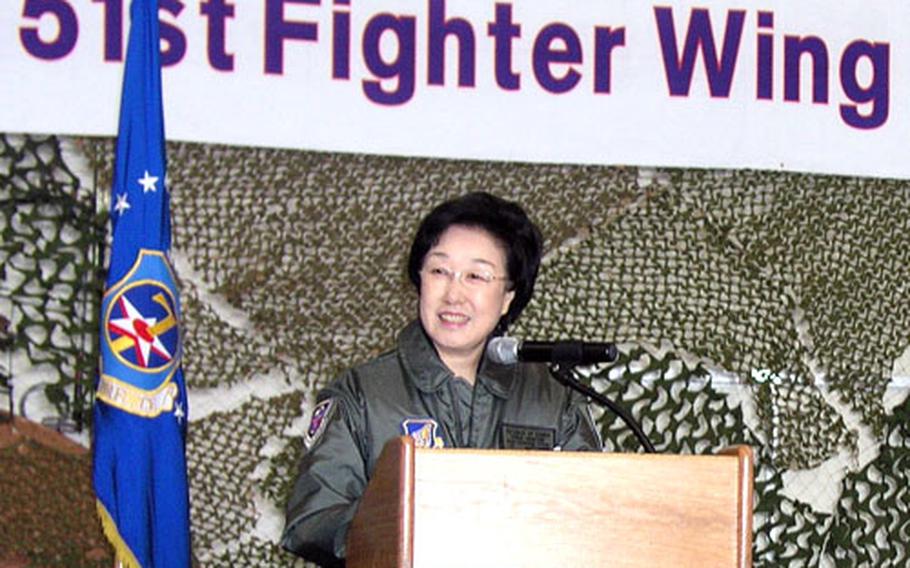 OSAN AIR BASE, South Korea &#8212; South Korean Prime Minister Han Myeong-sook, visiting Osan Air Base on Wednesday, predicted that delays in the planned move of U.S. forces to Pyeongtaek from Seoul and points north can &#8220;be resolved.&#8221;

Under a South Korea-U.S. agreement, the U.S. military is to consolidate its forces into two regional hubs, one in Pyeongtaek, the other in the Daegu region. Osan Air Base, 48 miles from Korea&#8217;s Demilitarized Zone, is in Pyeongtaek.

Although the move to Pyeongtaek has been scheduled for completion by late 2008, South Korea&#8217;s defense ministry recently said it may be delayed until 2013.

Among reasons for the possible delay is concern over how the two nations will split the costs of the relocation project, the Ministry of National Defense has said.

&#8220;There is some delay in our schedule,&#8221; Han told an audience of U.S. and South Korean servicemembers Wednesday inside the 5th Reconnaissance Squadron hangar. But, she added, she believes it can &#8220;be resolved.&#8221; She did not elaborate.

Han also noted she has plans to support large-scale economic development of the Pyeongtaek area in ways tied to the eventual shift of U.S. forces to the region. That development would further improve conditions for servicemembers stationed in the area, she said.

She also acknowledged the role of South Korean soldiers assigned to work with the U.S. military. Though they face difficulties of their own, including having to work in an English-speaking environment, she reminded them that they are a select group and are in part &#8220;military diplomats.&#8221;