At Osan, Obama talks about deployments 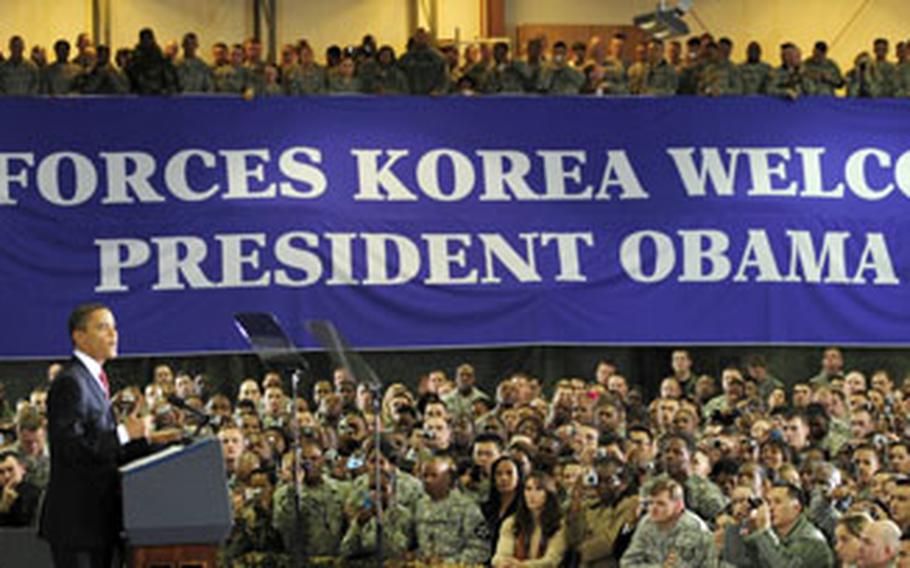 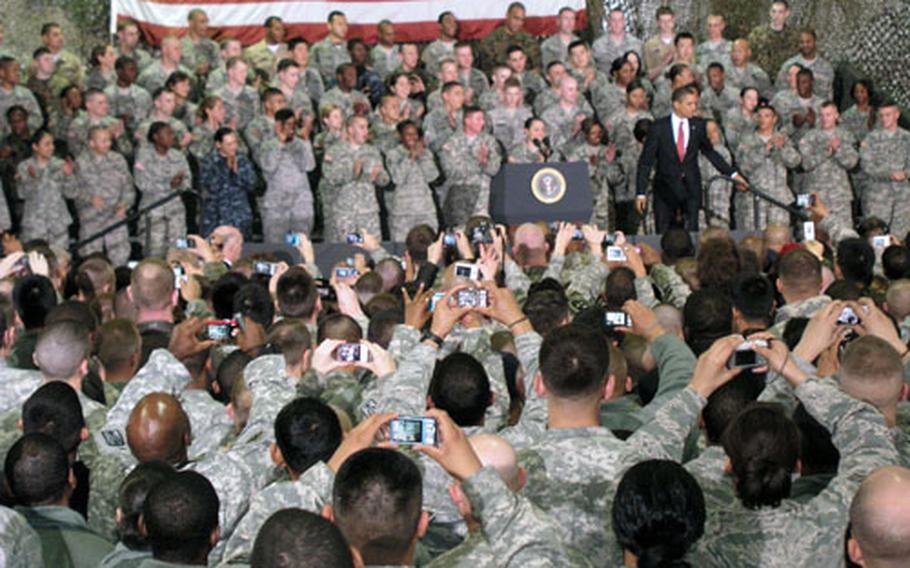 U.S. servicemembers at Osan take photos of President Barack Obama, who has just finished his speech to an audience drawn from installations around the peninsula. (Franklin Fisher / S&S) 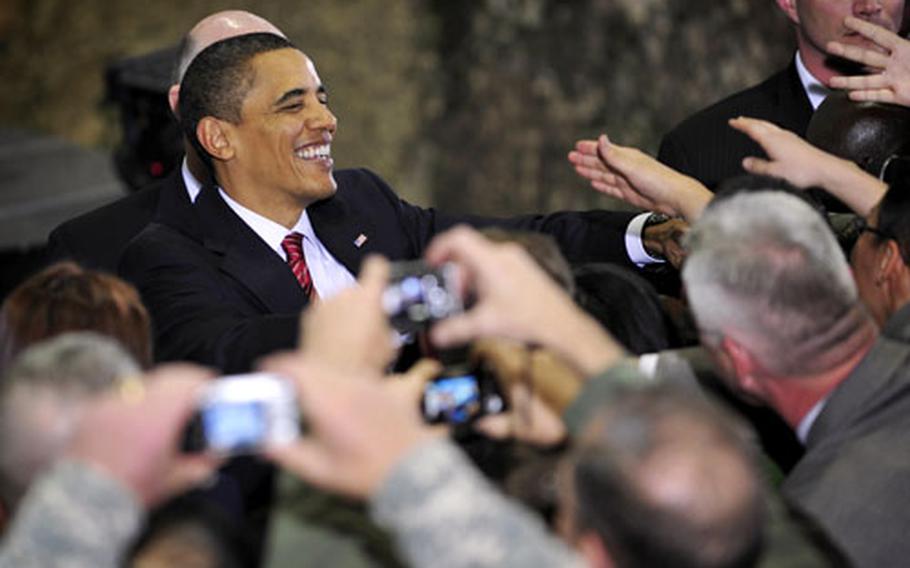 OSAN AIR BASE, South Korea &#8212; President Barack Obama drew repeated cheers and applause during a speech to U.S. troops here Thursday &#8212; except when he mentioned that some may deploy once again to a war zone.

Wearing a dark blue suit, white shirt and red tie, Obama spoke of service in Iraq and Afghanistan to about 1,500 servicemembers who stood 25-deep in a high-ceilinged warehouse draped with camouflage netting.

This time, barely three or four people in the crowd made sounds of approval, then quickly fell silent.

Some troops in the audience later said the tepid response probably reflected a weariness with deployments.

Army Staff Sgt. Richard Harris, 23, of Youngstown, Ohio, a paratrooper who served in Iraq and wears the Combat Infantryman Badge, had a similar take.

He said the enthusiasm was because people &#8220;were proud&#8221; of having served downrange.

During his 16-minute speech Obama also voiced support for the needs of the armed services and military families.

Obama then outlined steps his administration is taking to help servicemembers and their families.

Those included a move to increase the defense budget &#8220;to keep you the best-trained, best-led, best-equipped military in the world.&#8221;

That promise brought applause and cheers.

Obama cited efforts to improve care for wounded troops, including those suffering from post-traumatic stress and traumatic brain injury, and he pointed to funding for the Post-9/11 GI Bill.