At mailrooms in Europe, holiday packages mix with influx of 1st ID gear from Iraq 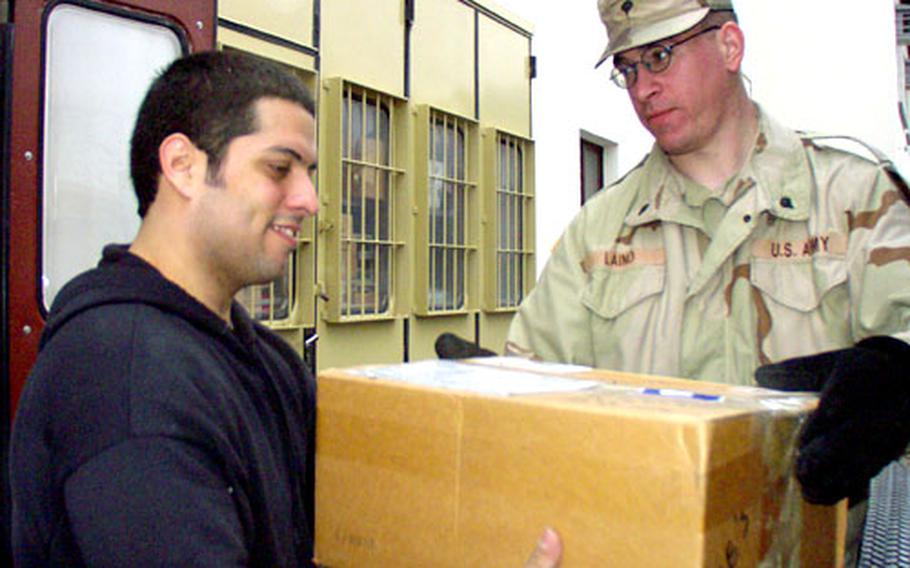 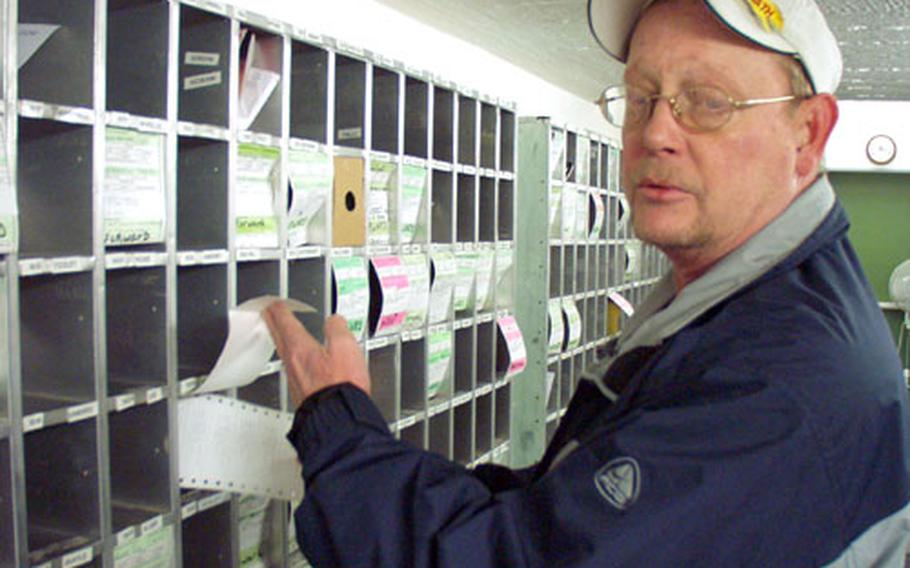 W&#252;RZBURG, Germany &#8212; For Mark Altherr and the folks in the Leighton Barracks community mail room, the long holiday crunch has just begun.

Besides the annual avalanche of Christmas packages, the Leighton mail room has been getting dozens of bulky black footlockers full of gear that troops in Iraq are shipping back as the W&#252;rzburg-based 1st Infantry Division and 67th Combat Support Hospital prepare to return to Germany.

The holiday bundles may decline after this weekend, but Altherr, the chief mail clerk, expects extra packages from Iraq to more than make up for the difference. The same will hold true at other bases heavily populated with returning 1st ID troops in places like Kitzingen, Schweinfurt, Bamberg, Katterbach and Vilseck.

The yearlong deployment, which began last February, has enormously complicated mail service. When the troops are home, the job is straightforward: handle the incoming mail, and hand it out to customers.

Now it&#8217;s more complex. Some incoming mail must be forwarded to deployed soldiers, while other mail is shipped to families in the States. Some is held in the mail room&#8217;s little backshop area. As the Middle East tour nears its end, more packages are coming in from both Iraq and the United States, too, as soldiers and families ship goods back home.

For some of the 11 civilians and three soldiers working in the mail room, getting the mail to and from Iraq is more than a job. It&#8217;s personal.

&#8220;Everything is close to home for me. Every letter belongs to a person,&#8221; said Altherr, whose wife, Maj. Catherine Altherr, works on the 2nd Brigade staff.

Through it all, they maintain a dogged good cheer that is far from the surly stereotype of postal workers. On Christmas Eve, they plan to stay open into the evening until all customers who want to have picked up their packages.

Some of the new workers signed up because they heard the mail room was a fun place to work.

&#8220;I come in half an hour early every day. The atmosphere is great,&#8221; said Garrison Pollard, who joined the staff in November.