At least 7 die in cargo plane crash in southern Afghanistan 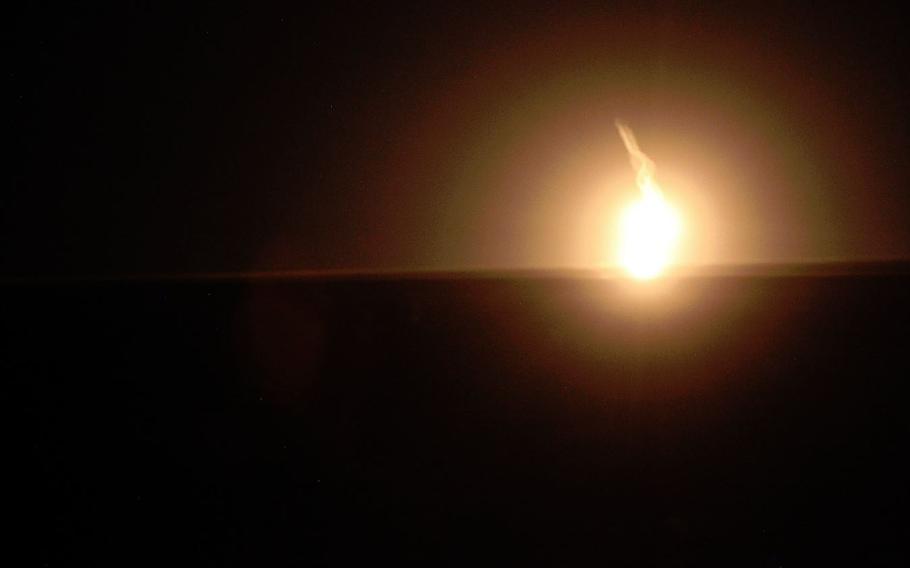 An illumination round fired from an M252 81mm mortar system lights up the night in Helmand province, Afghanistan, on July 19, 2014, during an operation close to Camp Dwyer. An Azerbaijani cargo plane crashed Wednesday, May 18, 2016, during takeoff at Camp Dwyer. (Cody Haas/U.S. Marine Corps)

The plane, operated by Azerbaijan’s Silk Way Airlines, crashed Wednesday during takeoff at Camp Dwyer, a military airfield in Helmand province, said Cmdr. Kevin West, a spokesman for the NATO mission in Afghanistan.

West said it was a civilian flight operated under a contract with the NATO mission.

U.S. Navy Cmdr. Ron Flesvig, a spokesman for the NATO mission, said the accident occurred at 2:30 p.m. when one of the plane’s wings clipped the runway as it was taking off. Flesvig also said two survivors were taken to Kandahar Air Field for treatment.

NATO has relied heavily on commercial freight airlines from countries in the region for conducting cargo flights throughout Afghanistan. Many of the aircraft are Antonov An-12s, a Soviet-era four-turboprop cargo plane similar in size and performance to the Lockheed C-130 Hercules.

In a statement posted on its website, Silk Way Airlines said there were nine crew members, seven of whom were killed. They were from Uzbekistan, Ukraine and Azerbaijan. Two technicians from Ukraine survived and were said to be in stable condition.

“Silk Way Airlines extends its condolences to the friends and families of those killed,” the statement said.

An earlier statement the Ukrainian Foreign Ministry’s consular service department posted to Facebook said there were 11 crew members, nine of whom died.

In 2011, a Silk Way Ilyushin Il-76 flying from Baku, Azerbaijan, crashed into a mountain about 15 miles from its intended destination at Bagram Air Field, killing all nine crew members aboard.