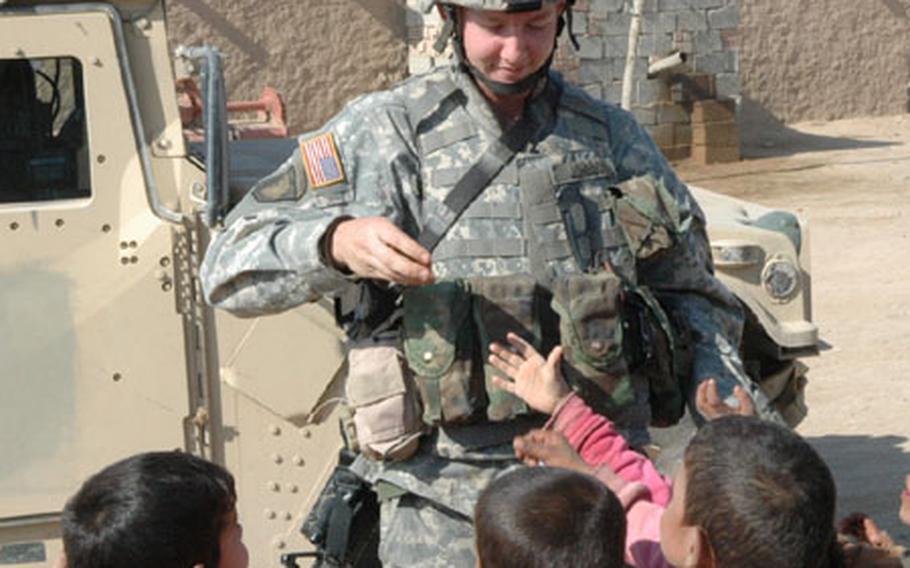 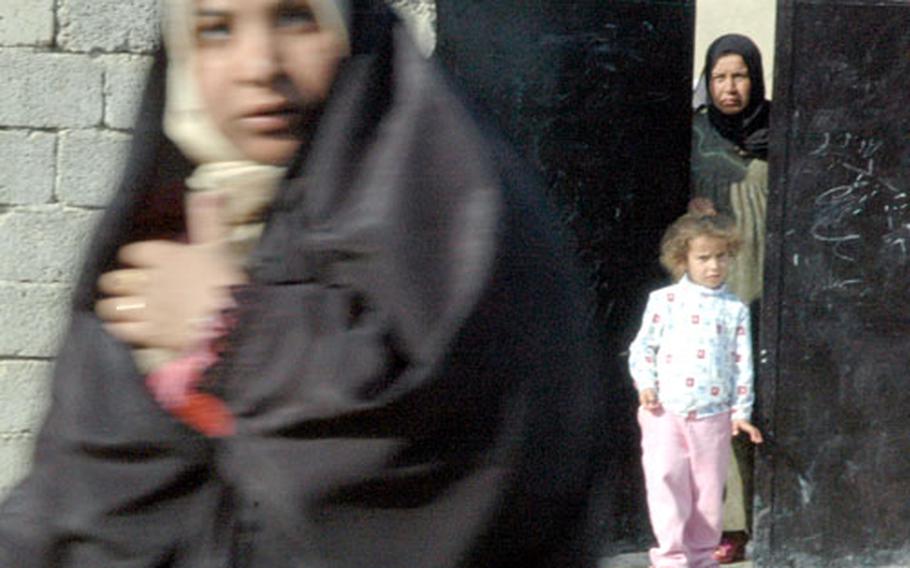 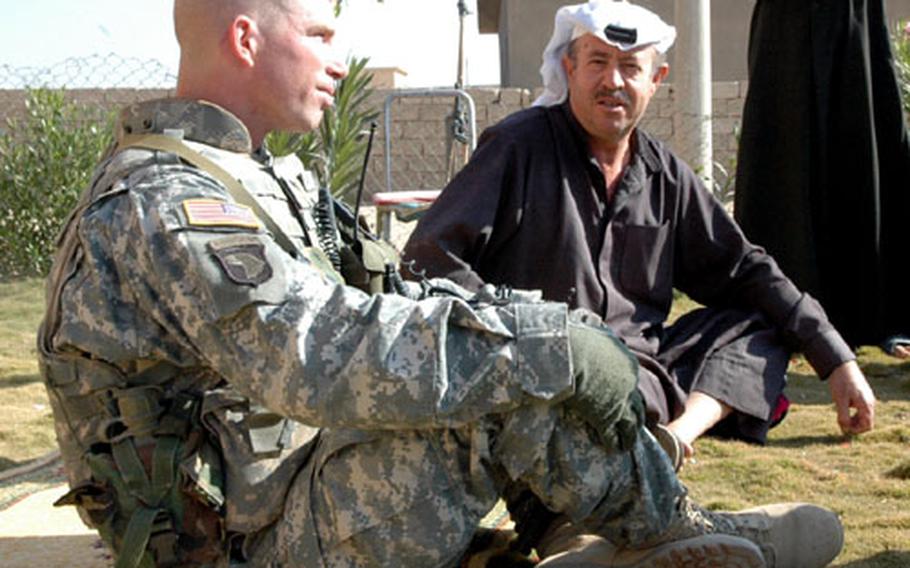 Shots from a local sniper regularly ping off U.S. Humvees during their mounted patrols through the dusty, ramshackle agricultural town where men, women and children glare venomously at convoys; where a prominent local imam exhorts followers to fight against the &#8220;occupying infidels&#8221;; and where more than 70 roadside bombs targeted American soldiers in their first month in the area, a one-month record, said Lt. Col. Marc Hutson, the 1st Battalion, 327th Infantry Regiment commander.

Hutson&#8217;s infantry-heavy unit, part of the 1st Brigade Combat Team, 101st Airborne Division out of Fort Campbell, Ky., regularly patrols the area, possibly the most dangerous slice of the brigade&#8217;s area of operations.

The region, which Hutson estimated to be 98 percent Sunni Arab, lies in the affluent shadow of the northern Kurdish region. The agricultural area, which during Saddam Hussein&#8217;s rule enjoyed subsidies and a higher employment rate, now visibly sags under economic depression.

And old loyalties die hard. In October, Hutson said, a group of residents held a demonstration protesting the beginning of Saddam&#8217;s trial in Baghdad.

But villagers in the area say that perceptions are improving, especially as U.S. troops continue their efforts with local security forces and as the area&#8217;s Sunnis begin to increase their participation in the political process.

&#8220;When the coalition first came, they were shooting people away. They were supporting the political parties. And they were taking people without evidence.

Members of the area&#8217;s Iraqi security forces, most of whom are natives of the area, say they often feel powerless against the active insurgency.

Leaders in the local Iraqi Army brigade professed no knowledge of the so-called &#8220;Hawija sniper,&#8221; who aims shots from rooftops in central Hawija and who is lauded in graffiti scrawled on walls reading &#8220;Long life to the sniper!&#8221;

&#8220;The bad guys are coming from outside Hawija and making problems for us,&#8221; said Sgt. 1st Class Salih Awad Abbas, 48, a 30-year veteran of the former Iraqi Army, through a translator.

Nor could they explain U.S. soldiers&#8217; accounts of a proliferation of roadside bombs discovered within sight of Iraqi Army checkpoints. In fact, Pvt. Uday Ali Hamid, who works at a checkpoint, vowed, &#8220;If I see bad guys putting in [bombs], I will kill him.&#8221;

When asked, Hutson said he could not speak to the existence or extent of Iraqi Army and police involvement in the insurgency.

For now, Hutson said, the solution is to soldier on, to continue regular operations, to try to gain the people&#8217;s trust through communication.

&#8220;We work very closely with the Iraqi Army and every day we engage with the civilian population,&#8221; Hutson said. &#8220;We go out and meet with different villages, talk to the people, we conduct medical assistance visits, we go to the market and buy goods.