At Hanau, remembering a friend who 'never asked for much' 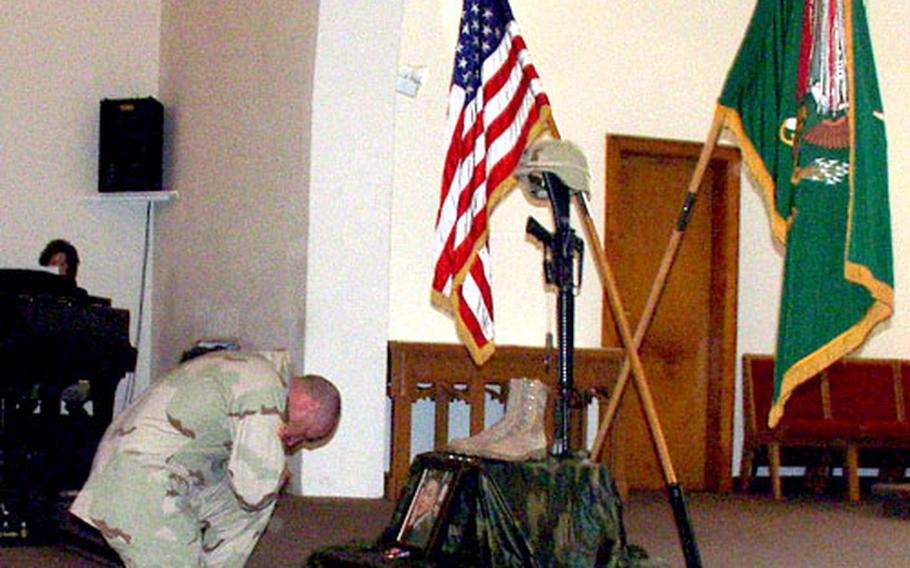 1st Sgt. Mark E. Porrett reflects on the loss of a fellow soldier he described as "a true patriot and warrior" during Wednesday&#39;s tribute in Hanau, Germany, to Spc. Thai Vue, a mechanic with the 127th Military Police Company who died in Iraq last week. (Kevin Dougherty / S&S)

1st Sgt. Mark E. Porrett reflects on the loss of a fellow soldier he described as "a true patriot and warrior" during Wednesday&#39;s tribute in Hanau, Germany, to Spc. Thai Vue, a mechanic with the 127th Military Police Company who died in Iraq last week. (Kevin Dougherty / S&S) 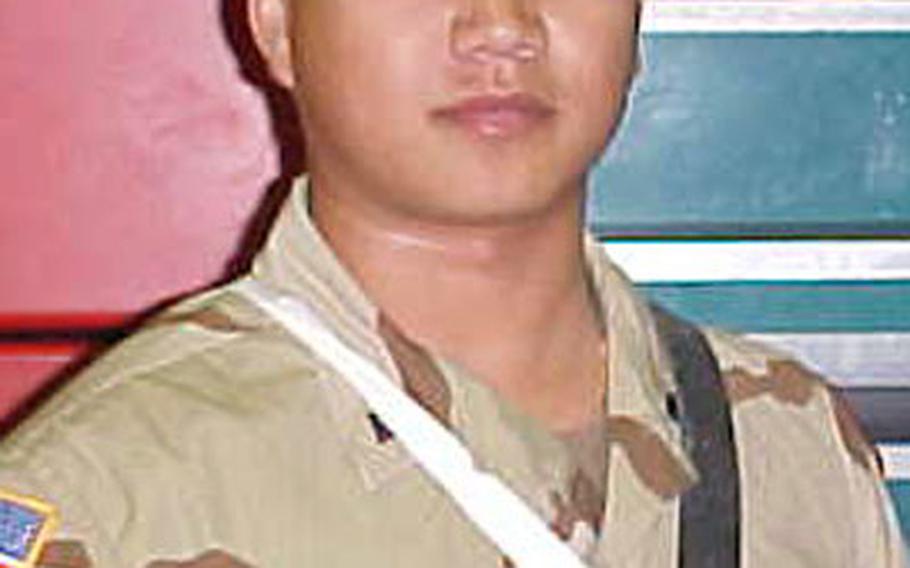 The fallen soldier wasn&#8217;t a cop on patrol in some tempestuous Iraqi town. And he wasn&#8217;t killed while pulling guard duty in a volatile neighborhood.

No, Spc. Thai Vue was a mechanic who crawled under a Humvee to fix it and never got the chance to tighten the last bolt. On Friday, while Vue was on his back, Iraqi insurgents fired several mortar rounds at a base camp occupied by his company. One round landed near Vue, killing him.

Perhaps that&#8217;s because Vue didn&#8217;t have much to begin with, having been born in a Vietnamese refugee camp somewhere in the Philippines. What he did have, Gonzales and others said, were parents determined to do whatever they had to do to give their six children a better life. Vue was third oldest.

Asked to explain, Porrett said Vue often wound up taking or getting the toughest jobs &#8212; and then he would shine and get noticed, again.

Mechanics &#8220;are our guardian angels,&#8221; Gonzales said outside the chapel after the service concluded, &#8220;because they keep our vehicles mission ready.&#8221;

That may not sound like a big deal, but in Iraq, lives count on it. Like an aircraft mechanic, Vue and others in his profession take great pride in keeping &#8220;their&#8221; machines functioning as flawlessly as they can.

The turnout at Vue&#8217;s memorial service Wednesday showed he mattered a whole lot, too. The chapel on Fliegerhorst Casern was filled with MPs and members of the community, many standing shoulder-to-shoulder as Trotter, Gonzales and Spc. Randall Love spoke of Vue.

Vue, 22, was one of six mechanics sent to Iraq to support the 150-member contingent.

After the service, Gonzales spun a story or two about his friend. A popular one involved a huge wrench Vue used to sometimes walk around with.