At Guantanamo, a DODDS school unlike any other 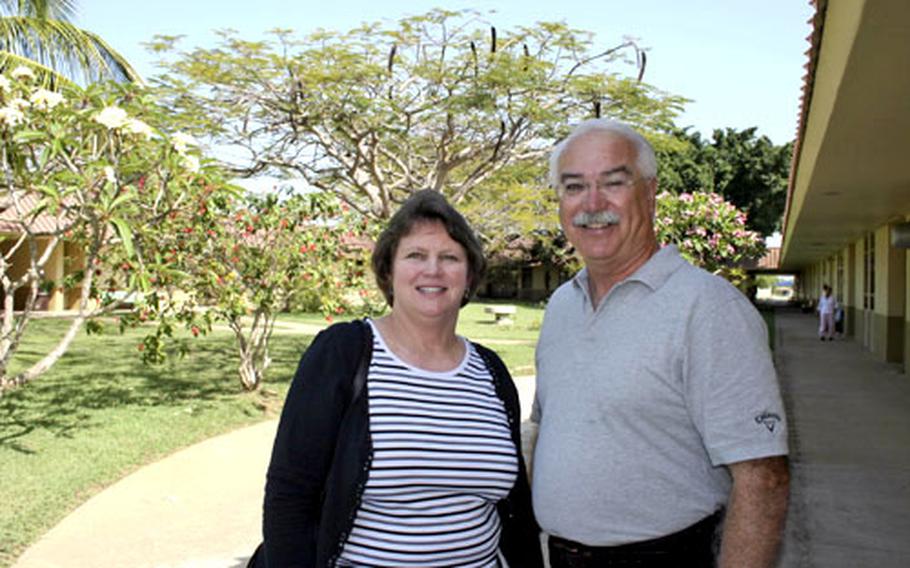 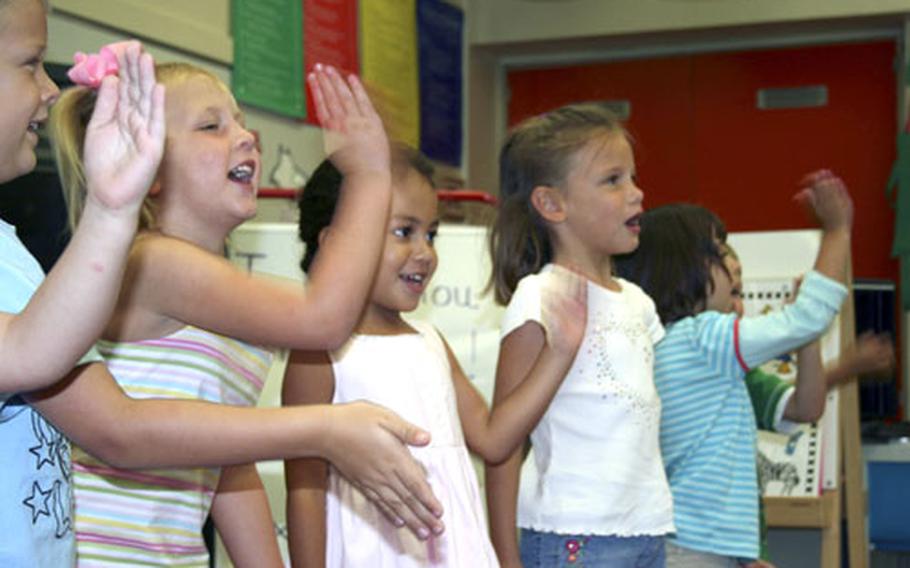 Four-year-olds in the "Sure Start" program at W.T. Sampson Elementary School sing for their mothers during a special Mother&#39;s Day presentation. (Emily Brown / S&S) 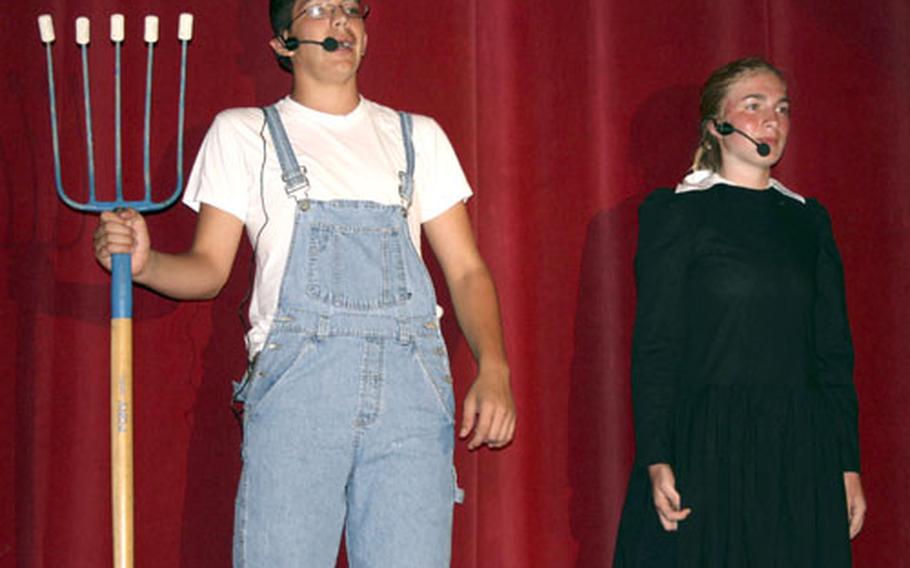 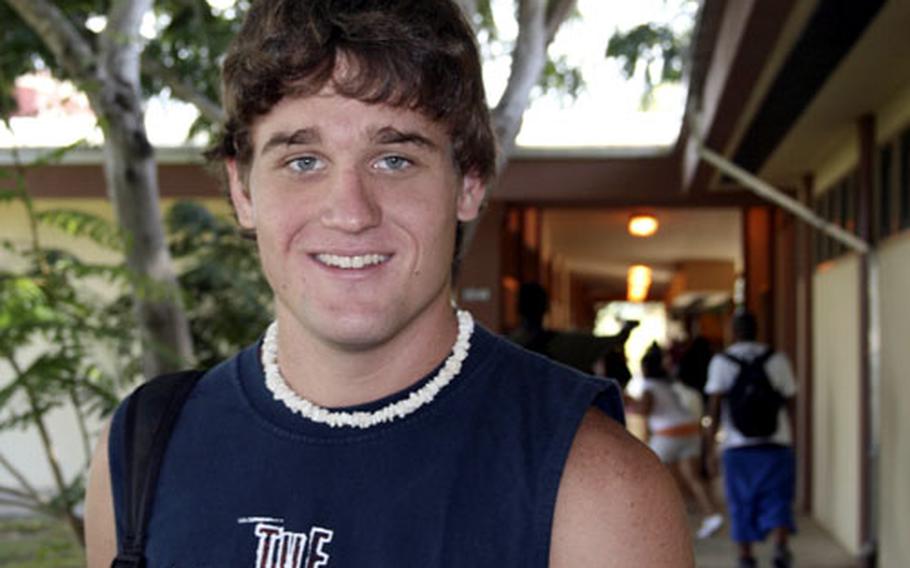 Major Torley, 17, has grown up at Guantanamo Bay. He went to ninth and tenth grade in Beaufort, S.C., but came back to the island for his junior and senior years. He prefers the small class sizes. (Emily Brown / S&S) 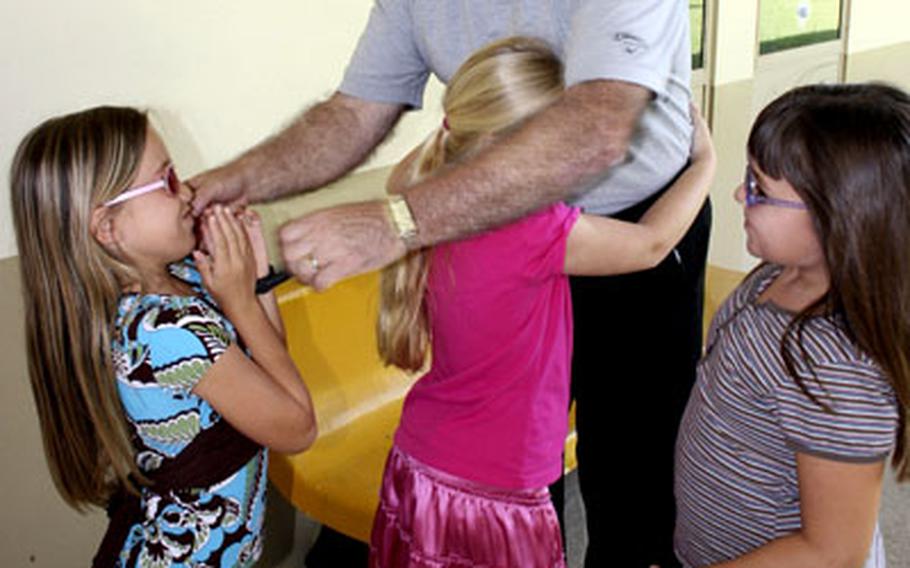 Jay Gilbo, W.T. Sampson assistant principal, gets hugs from third graders on their way from lunch back to class. (Emily Brown / S&S)

Going to school at W.T. Sampson High School and Elementary School in Guantanamo Bay has its perks.

But then there are the social side effects to being a kid on an isolated U.S. naval station.

Options are limited, so dating can be difficult. Playing sports means going up against adult intramural teams. And there are no college fairs, so searching for higher education is a personal endeavor.

Taking the good with the bad, Major Torley, 17, is glad to be at W.T. Sampson High School. He spent his ninth- and 10th-grade years in a much larger school in Beaufort, S.C., but has otherwise always lived at Guantanamo Bay. Academically, this setting works for him.

The school&#8217;s principal, Kathy Einhorn, said students leave backpacks in the hallway when they go to lunch. When she arrived on base she thought "this is like going back to the 1950s," she said.

Living and raising a family in Guantanamo Bay is great, she said, but what happens when her students leave the island?

"It worries me because it&#8217;s not the same anywhere else," Einhorn said.

The school tries to get students off island as much as possible, Einhorn said. The sports and activities can change year to year. This year the school offered basketball, tennis, softball and soccer for both girls and boys.

Some athletic teams were able to travel to Florida or Puerto Rico to compete in the past, but that has ended as most athletic programs prefer to play teams within their own athletic conferences, Einhorn said.

Now, students compete against Morale, Welfare and Recreation teams that are often full of active-duty personnel.

Academic-based extracurricular activities provide the best way to get students interacting with other students in the states, she said.

Most trips last at least a week due to the flight schedule, Einhorn said.

"We&#8217;re looking at getting as many of our kids involved as possible so we&#8217;re not sending the same kids off the island," she said.

Unlike other Department of Defense Dependent Schools across the world, Sampson cannot integrate projects with schools off base because the U.S. does not associate with communist Cuba. But being linked into the governing body for all military schools means students at Sampson have regimented requirements for graduation and an online learning system that offers specialty classes.

"There are still ways to overcome the lack of resources based on our size," guidance counselor Katherine Steele said. "I know curriculum-wise they are prepared. They can&#8217;t fall between the cracks."