At Grafenwöhr, no relief in sight for housing crunch 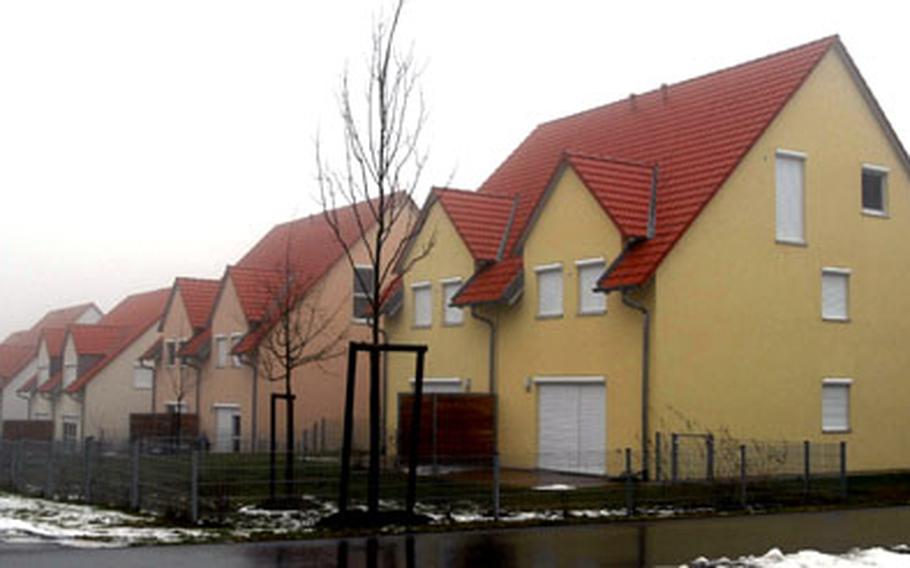 GRAFENW&#214;HR, Germany &#8212; Despite an off-post housing crunch that forces some soldiers to live up to 45 minutes from their offices in Grafenw&#246;hr and Vilseck, scores of homes sit empty at the Army&#8217;s new Netzaberg housing area in Germany.

The homes in the community, which welcomed its first residents in summer 2007, are available to servicemembers based on eligibility. Some homes are being held for families from the 172nd Infantry Brigade, which is scheduled to move to Grafenw&#246;hr from Schweinfurt this year.

As of late last year, 84 homes were vacant in the housing area, which also includes middle and elementary schools, a child development center, a gas station and a shoppette.

The military population has grown exponentially &#8212; from 1,000 soldiers a few years ago to more than 4,500 soldiers and 8,500 family members today. There are also hundreds of U.S. and thousands of German civilians who work on the bases, placing a lot of stress on the local housing market.

The arrival of thousands more soldiers and family members from the 172nd will make the situation even more dire, with no real help in sight.

A 300-unit military housing area planned in nearby H&#252;tten has yet to get off the ground since its investors went bankrupt in the 2008 financial crisis. No new investors have been found, partially because the German federal government refuses to guarantee any investment in the housing area, Grafenw&#246;hr Mayor Helmuth W&#228;chter said recently.

Local officials are seeking a meeting with the German government to discuss the issue, he said.