At Finland’s Arrow exercise, Marines shoot where they sleep – in their tanks 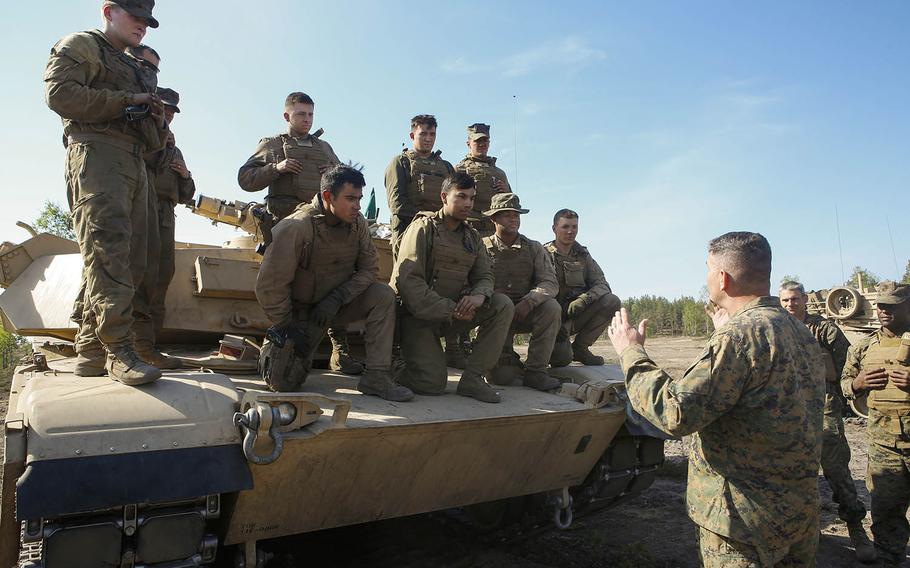 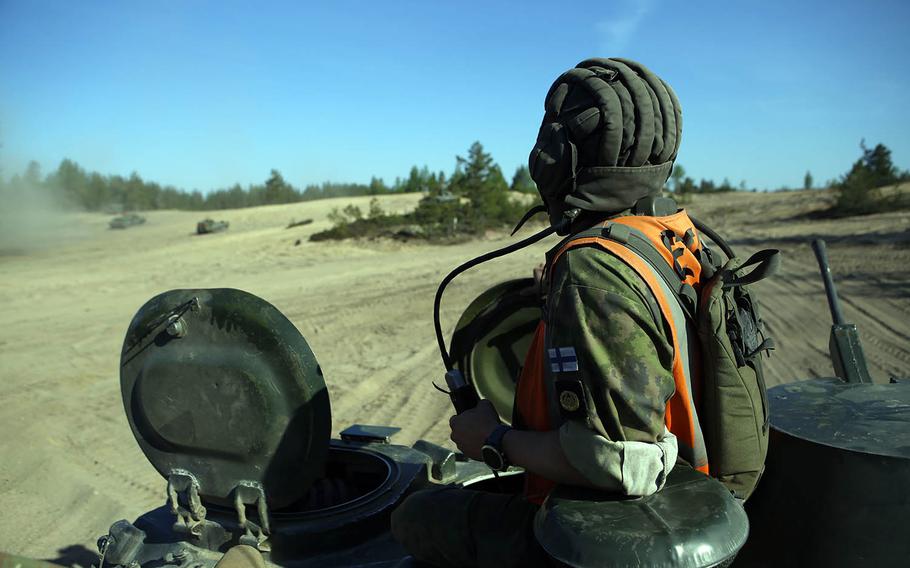 At Finland’s Arrow exercise, Marines shoot where they sleep – in their tanks.

U.S. Marines withdrew tanks and weapons from storage caves in secret locations in Norway to fire tank guns and other weaponry alongside more than 3,000 Finnish servicemembers.

This was the first time Marines from the 4th Tank Battalion brought tanks out of the underground, rock-hewn lairs to be used in Finland, though they have been used in other exercises around Scandinavia. Exercise Arrow is an annual training event that began May 7 and wrapped up on May 18.

“All of our major equipment was drawn from the caves in Norway,” said tank commander Capt. Matthew Anderson, who participated in the exercise. “This exercise would not have happened without the caves. The equipment, forward-staged, allows us to conduct these exercises. Without it, it’s a whole lot less likely that we would have been as successful as we were.”

The Marine Corps Pre-Positioning Caves in Norway program began during the Cold War. The caves contain Marine vehicles, artillery, and enough food and ammunition for a brigade of 4,600 Marines to last in several weeks of combat.

Arrow is a Finnish-led event in which partner nations conduct live-fire war games to certify that Finnish servicemembers – most of whom are conscripted – are capable of fighting.

During the exercise, a platoon of Marines with M1A1 tanks, and a squadron of U.S. soldiers from the Army’s 2nd Cavalry Regiment with Stryker armored vehicles, joined with a Finnish mechanized infantry brigade to fight a mock battle in the woods and marshes of western Finland.

The landscape presented an obstacle for the Marines, who aren’t accustomed to driving tanks through tightly packed trees.

“We’re used to operating in open terrain,” Anderson said. “This is very different. It is very forested, and we’ve had to adjust to the way Finnish tankers fight, more closely together.”

The second day out, a Finnish Leopard 2 got stuck in a swamp, said Sgt. Jonathan Hess, a recovery vehicle mechanic. “That was a lot of fun for my crew. And we showed the conscripts how to do recovering with our vehicle, because they have nothing like what we have,” Hess said.

Hess, like most Marines there, lived and slept in his vehicles for the entire 11-day exercise. Asked about the conditions, he said: “It’s not very comfortable at first, but I’ve been doing this for 11 years. I’m pretty used to it.”

The Finnish army chefs made the exercise somewhat more hospitable, serving cooked meals on the battlefield instead of Meals, Ready to Eat.

“Hot chow, brought to you every day in the field. It doesn’t get any better than that,” Anderson said.

During the battle, U.S. forces worked closely with Finnish conscripts to engage the enemy, played mostly by Finnish soldiers.

“We would punch holes through the enemy lines and the conscripts would come in and give us support,” Anderson said. “There is no substitute for us being here, working with our partner nations and building ties like this.”