At end of training, Marines say Mongols ready for duty in Iraq 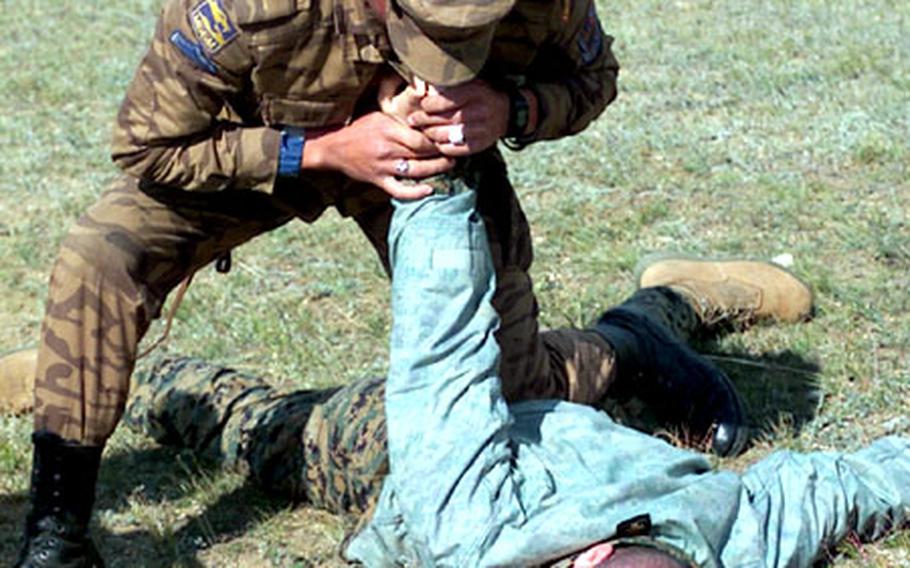 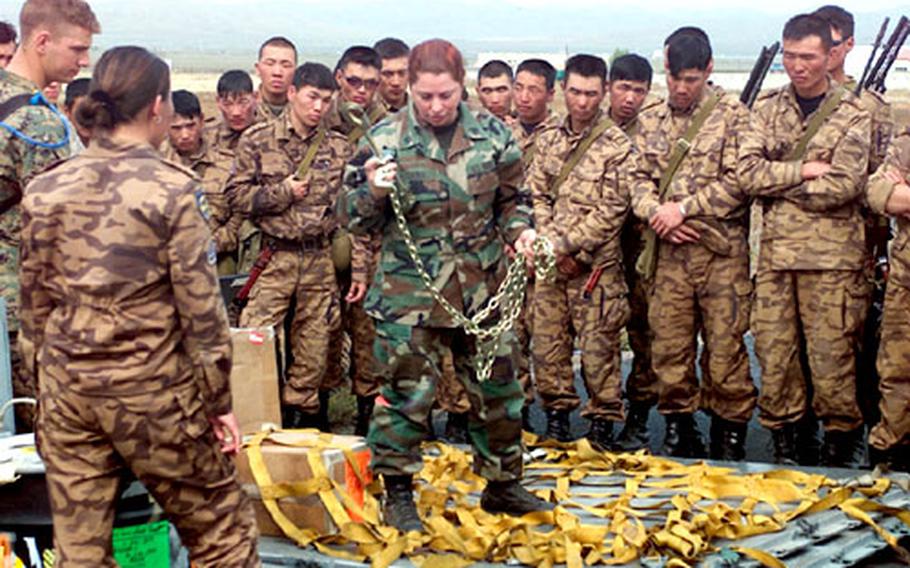 Cpl. Jared Keniston shows identification to a Mongolian guard to gain access to a base. (Michael D. Darbouze / Courtesy USMC)

First Battalion, 25th Marine Regiment Marines set up a simulated logistics base for Mongolian forces to run from Sept. 13-15, according to a Marine Corps news release. They were also put through a mobility exercise to prepare for a February deployment to Iraq in support of Operation Iraqi Freedom.

Mongolian forces were subsequently given a chance to demonstrate what they had learned during the three days of field practice.

&#8220;It was obvious that [the Mongolians] paid attention during the classroom portion,&#8221; Lowery said in the release. &#8220;They went from A to Z in a short period of time. And within that period of time, they excelled at what they did.

&#8220;Everything we taught them, they would practice on their own and the last day, when we had our exercises, they handled themselves very well. In my professional opinion, once they get on the ground [in Iraq], they will be able to conduct themselves as a professional army.&#8221;

In their training, Mongolian forces ran into roadblocks and ambushes, exercise officer-in-charge Maj. John Osborne Jr. said in the release. He added the challenges tested their ability to work as a team.

&#8220;The mobility exercise is meant to draw several of the training aspects together as far as command and control, and units supporting each other,&#8221; Osborne said in the release.

&#8220;The first group that went was very limited on the training they received,&#8221; she said in the release. &#8220;I was only able to train them as I was doing the embarking. This second group was able to get physical training, and they are picking it up so fast. They will be able to do it 100 percent without our help next time.&#8221;