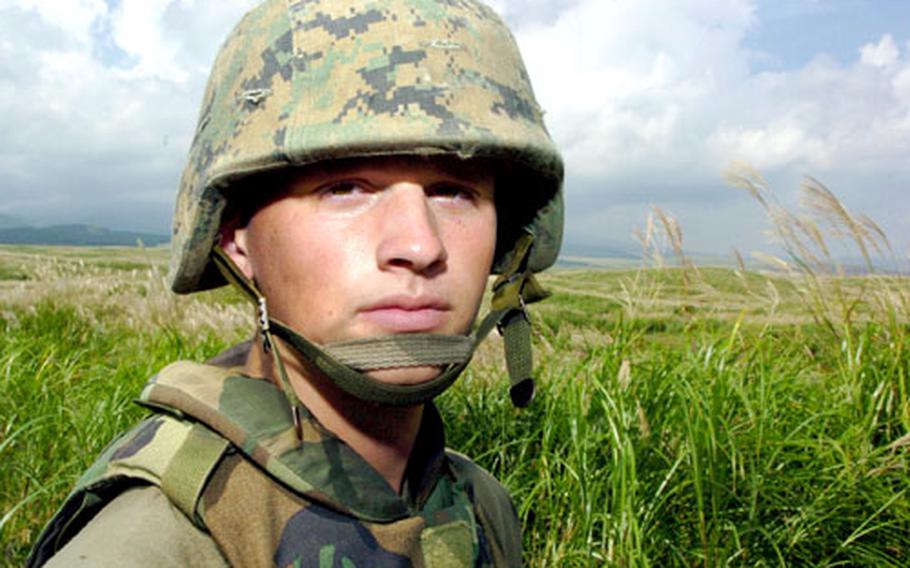 Marines take a break Wednesday while sitting in a foxhole they’d dug out earlier in the week during a training exercise at Camp Fuji, Japan. (Christopher B. Stoltz / S&S) 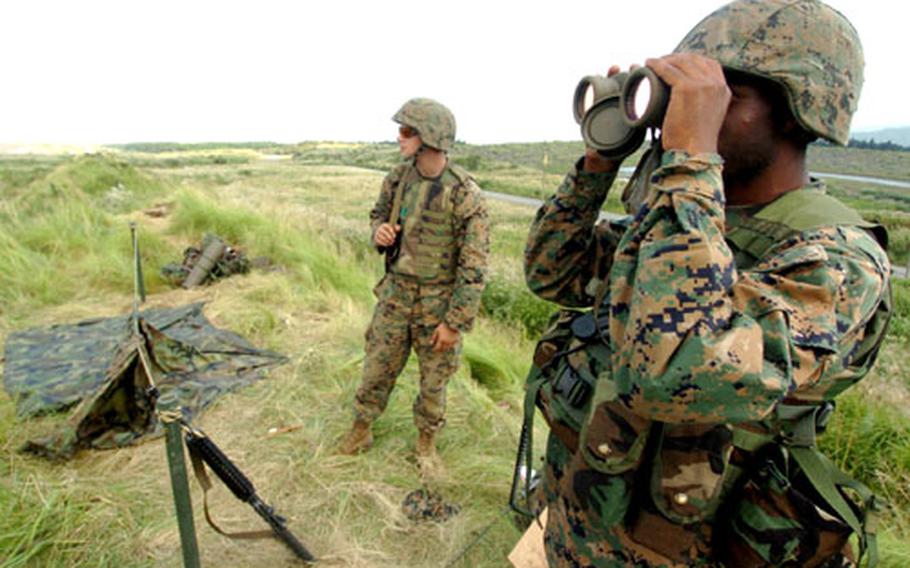 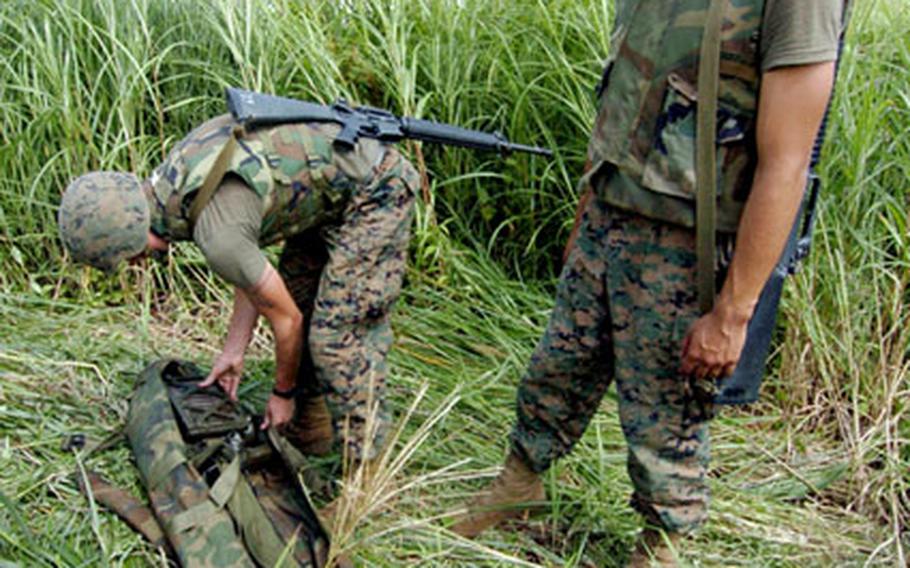 Lance Cpl. Trenton Tipton and Lance Cpl. Steven Fuentes are armed with a missle launcher to take down enemy aircraft during a training exercise at Camp Fuji, Japan. (Christopher B. Stoltz / S&S) 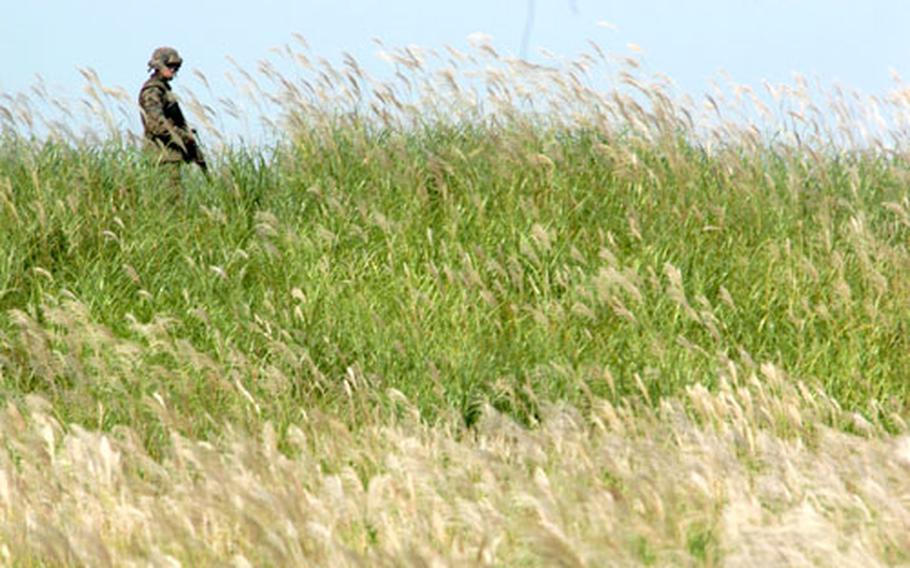 A Marine checks over the area during an exercise at Camp Fuji, Japan. (Christopher B. Stoltz / S&S)

CAMP FUJI, Japan &#8212; Marine Wing Support Squadron 171 carved out a helicopter pad, established a perimeter and chased an aggressor force along ranges near Mount Fuji for more than a week in an exercise measuring its capabilities for ground defense of air bases.

It was part of Eagle Warrior, an annual event that brings more than 260 Marines here for a month of intense training in Mount Fuji&#8217;s shadow. The squadron is based at Marine Corps Air Station Iwakuni, Japan.

The Iwakuni squadron arrived Aug. 15, making the long journey from southern Honshu by convoy. Marines rehearsed basic battle skills and defensive drills before engaging in a week of live-fire and maneuver training.

Small &#8220;skirmishes&#8221; broke out throughout the week as Marines defended the air base and pursued the &#8220;enemy,&#8221; a group that squadron leaders designated as the insurgent forces.

Maj. Ian Cherry, the squadron&#8217;s operations officer, said the scenarios were patterned somewhat after the guerrilla tactics used by terrorists in Iraq and Afghanistan. On Monday, a Fuji-based explosive ordnance disposal unit simulated a &#8220;daisy chain&#8221; of roadside bombs, he added, even &#8220;taking out&#8221; a vehicle.

Under those conditions Tuesday, the Iwakuni squadron set up a forward arming and refueling point and practiced moving personnel with an Army Black Hawk crew from the 78th Aviation Battalion out of Camp Zama.

Staff Sgt. Timothy Killebrew, the squadron&#8217;s expeditionary airfield chief, had one day to roll out a functional landing pad.

Lance Cpl. Jamie DeGrazia, who works in motor transport, was among those getting their first ride on a Black Hawk on Tuesday. She said the Fuji experience has boosted the unit&#8217;s skill level significantly.

On separate occasions, the squadron had to pack up its gear and return to Fuji as typhoons Mawar and Nabi blew into the area.

They weren&#8217;t expected back until Thursday.