At Camp Taqaddum, modifications save lives and money 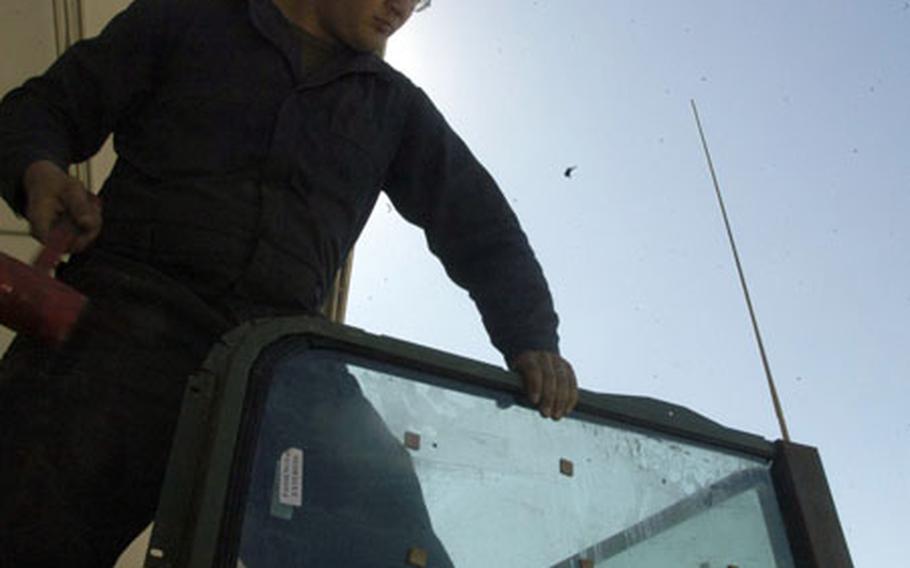 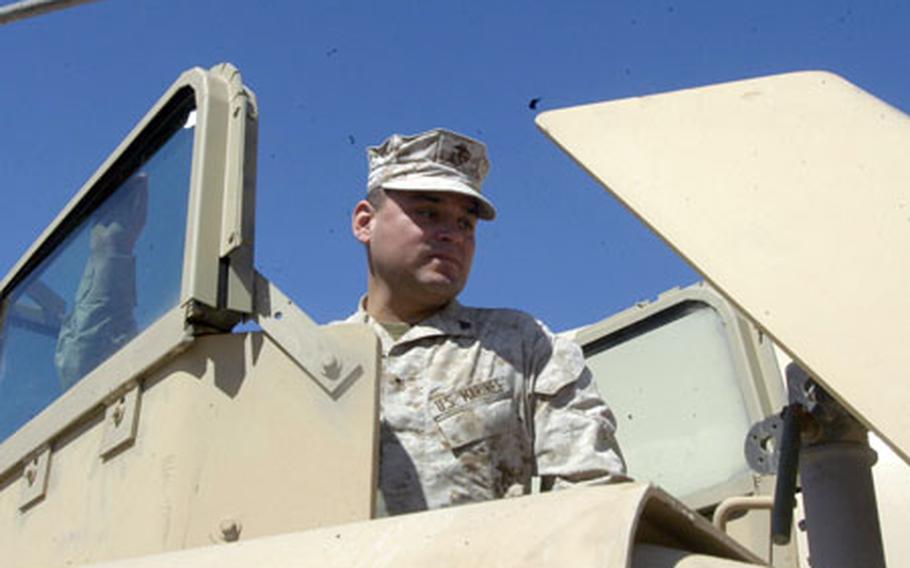 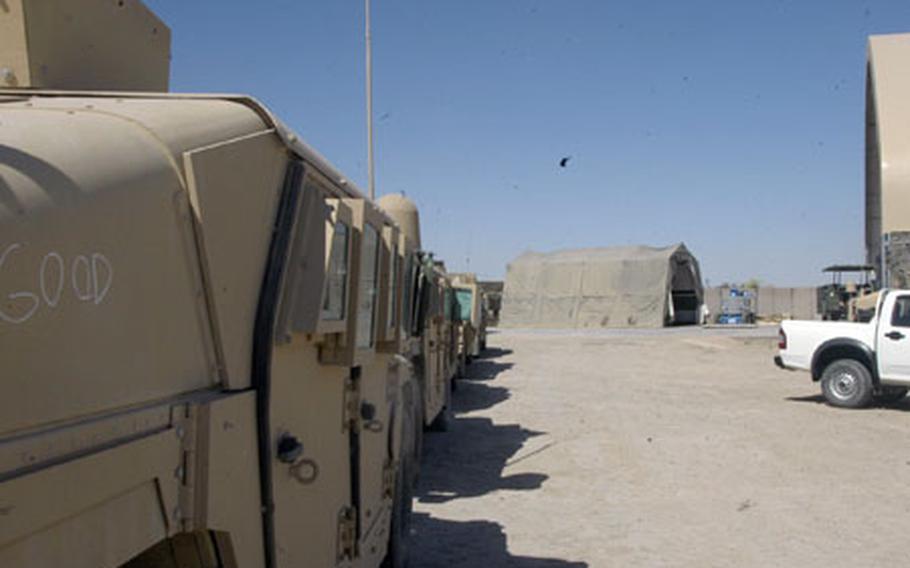 Several Humvees are lined up outside the maintenance tent at Camp Taqaddum, in western Iraq, waiting to be retrofitted with ballistic glass shielding around the turret. (Sandra Jontz / S&S)

And Cpl. Michael Florez says he will benefit from their creativity and resourcefulness.

The glass shields will give gunners a view of the battlefield or roadway while providing better protection, especially of their heads and upper bodies, said Florez, whose battalion is part of the Pentagon&#8217;s &#8220;surge&#8221; of forces coming into the country to quell violence in Baghdad and Anbar province.

The maintenance Marines work round-the-clock shifts in order to modify the Humvees and other tactical vehicles, repair the ones that need fixing, and prepare other Humvees slated to be used by the Iraqi Security Forces, said Chief Warrant Officer 2 Richard Gilmore, the Motor Transport Maintenance Platoon commander.

And Marines from other units are pitching in.

&#8220;I&#8217;m helping out and doing whatever I can do,&#8221; said Lance Cpl. Joshua Carmack, 20, a fuel electrical mechanic working in the welding shop to prep Humvees for an incoming Marine battalion.

Other young Marines figured a way to reduce the wear-and-tear on the tires of some of the newer models of Marine and Army Humvees, Gilmore said. The weight of the up-armor kits bowed the system, knocking the Humvees out of alignment. Marines added spacers to sturdy the vehicle.