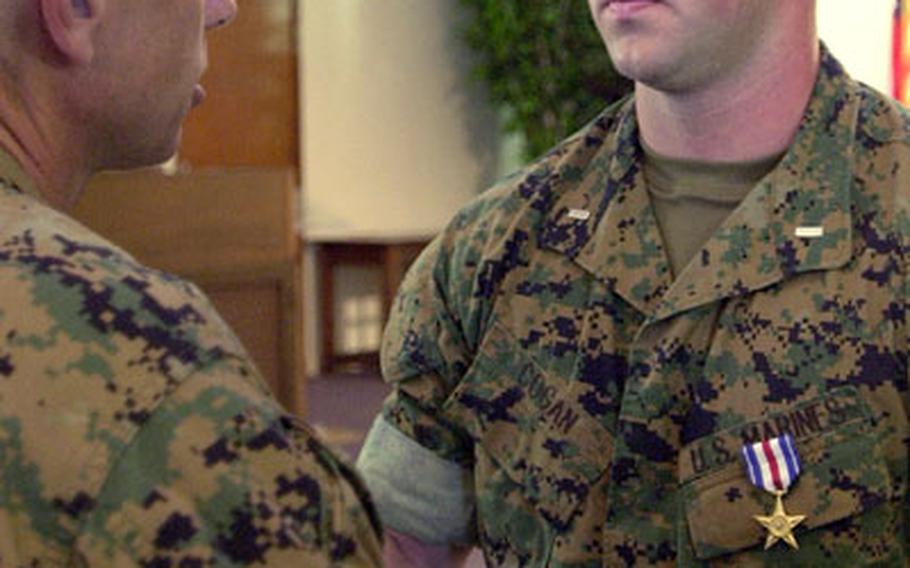 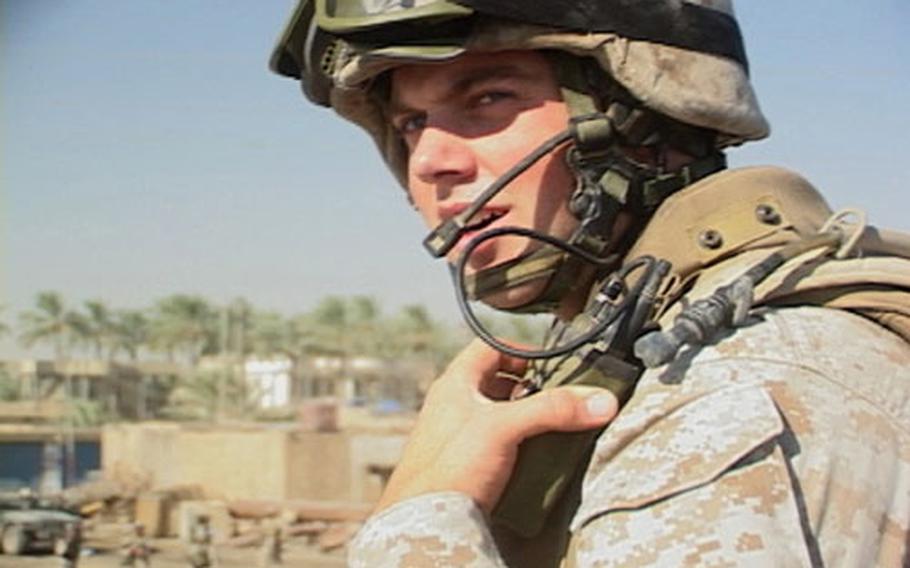 First Lt. Thomas E. Cogan IV, the current executive officer of the unit&#8217;s Company E, received the Silver Star from Lt. Gen. Robert R. Blackman Jr., III Marine Expeditionary Force commanding general. Cogan earned the award for his actions in Iraq from April 6 to 10, 2004, while commanding the 3rd Platoon, 2nd Battalion, 4th Marines, Company E. The unit, which is based in Camp Pendleton, Calif., was deployed to Iraq from Feb. 15 to Sept. 25, 2004.

According to Cogan&#8217;s award citation, his &#8220;initiative, valor, and forceful leadership while under fire from fortified positions was instrumental in accomplishing the Company&#8217;s mission.&#8221; The citation said Cogan ignored his personal safety, led his platoon across a &#8220;fire-swept field&#8221; and directed fire on the enemy.

Cogan said five of the 10 Marines lost during that day&#8217;s six-hour firefight were from his platoon.

According to the citation, Cogan also earned the medal for leading his Marines through a &#8220;fierce, three-hour, house-to-house assault that destroyed remaining enemy forces in his zone of action.&#8221;

Cogan said he wasn&#8217;t really thinking about the danger at the time he faced enemy fire.

Cogan admitted that several times, his Marines &#8220;probably thought I lost my mind. But they still followed orders.&#8221;

Lance Cpl. Jonathan Espinosa, a 3rd Platoon squad leader, said at one moment, he did think Cogan had lost it.

During Thursday&#8217;s ceremony, Blackman said Cogan&#8217;s actions speak not only to his courage but also to his leadership and tactical skills.

After the ceremony, Cogan addressed the several hundred Marines there to honor him.