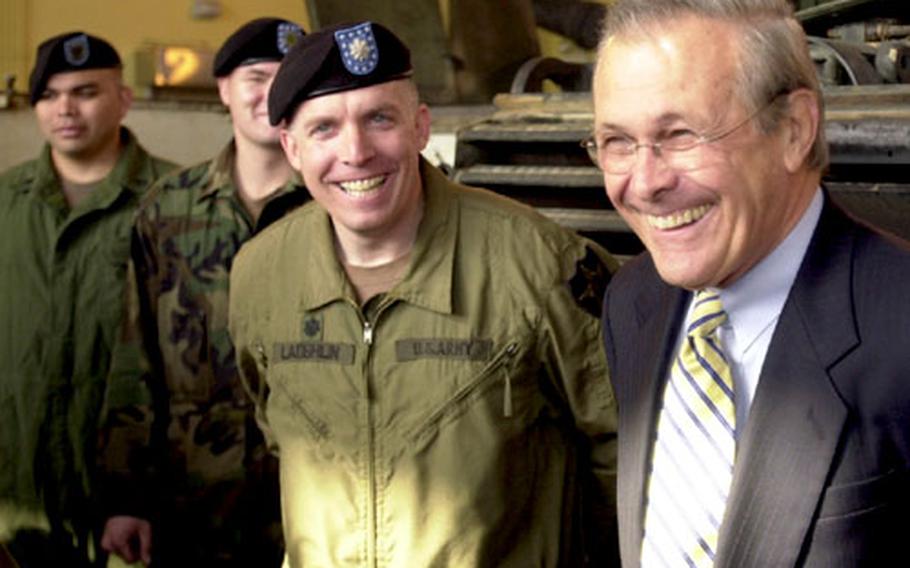 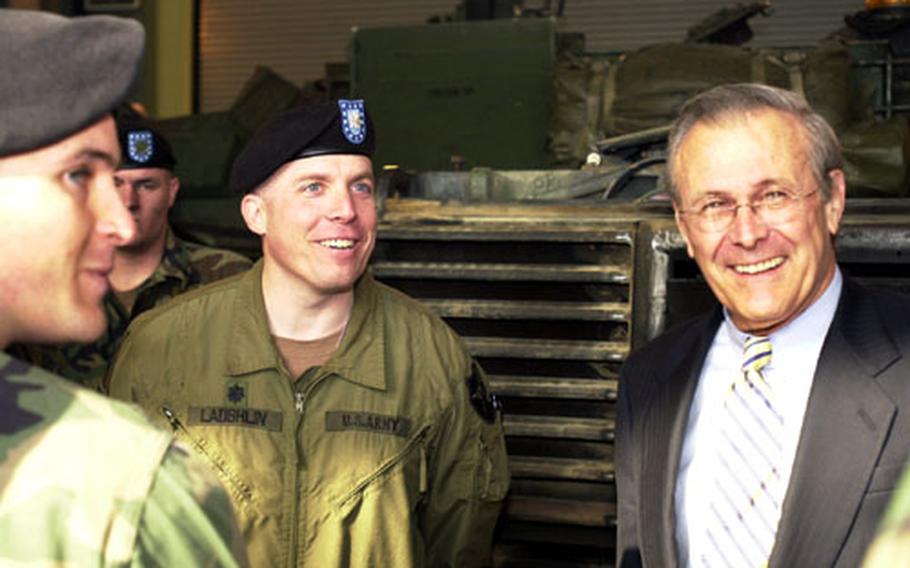 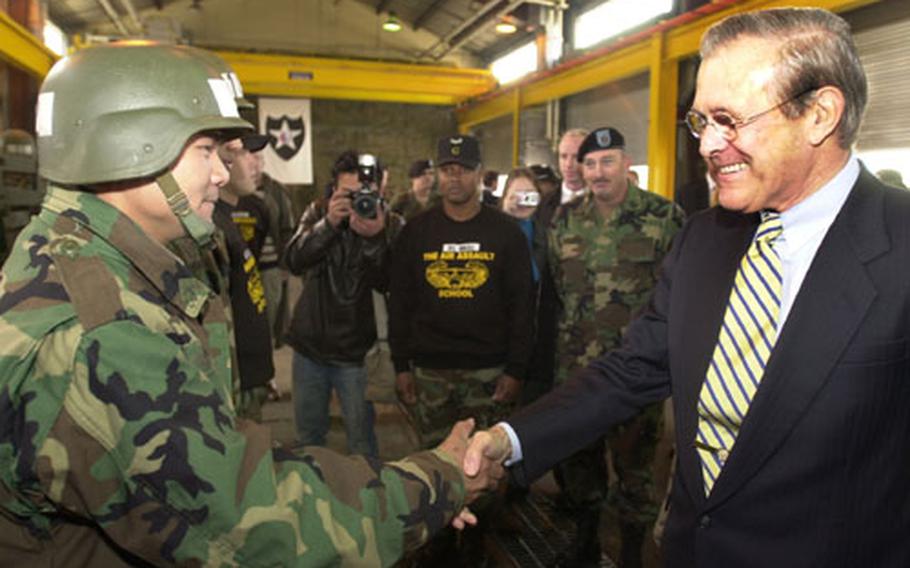 After starting at Yongsan Garrison on Tuesday morning, Rumsfeld and his entourage of aides and traveling Pentagon press corps were helicoptered to Camp Casey, did a fly-over of Camp Humphreys and, finally flew on to Osan Air Base.

At Camp Casey, Rumsfeld spent part of the morning with members of the 1st Battalion, 72nd Armor Regiment who were training on tank simulators in the Close Combat Tactical Trainer facility.

As soldiers and officers waited outside the cramped simulator, sounds of mock battle could be heard emanating from within. One officer poked his head in the door, then turned and reported Rumsfeld had hit his first target with the simulator&#8217;s main gun.

A few minutes later, Rumsfeld visited with soldiers who were six days from completing the rugged Air Assault qualification course.

Across the way at the motor pool, Rumsfeld greeted more 1-72 Armor soldiers who were doing maintenance on their Abramses.