At Aviano, kids run circles around the old gym-class model 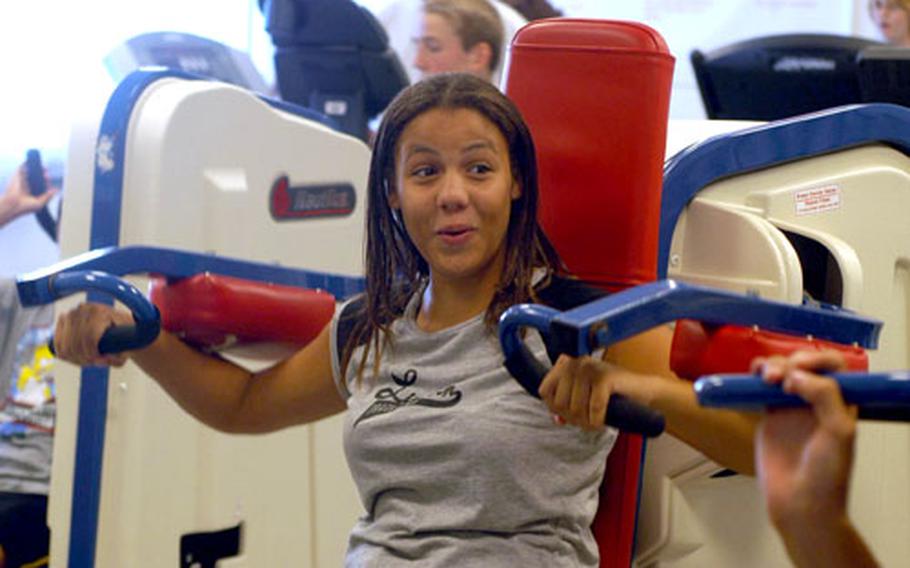 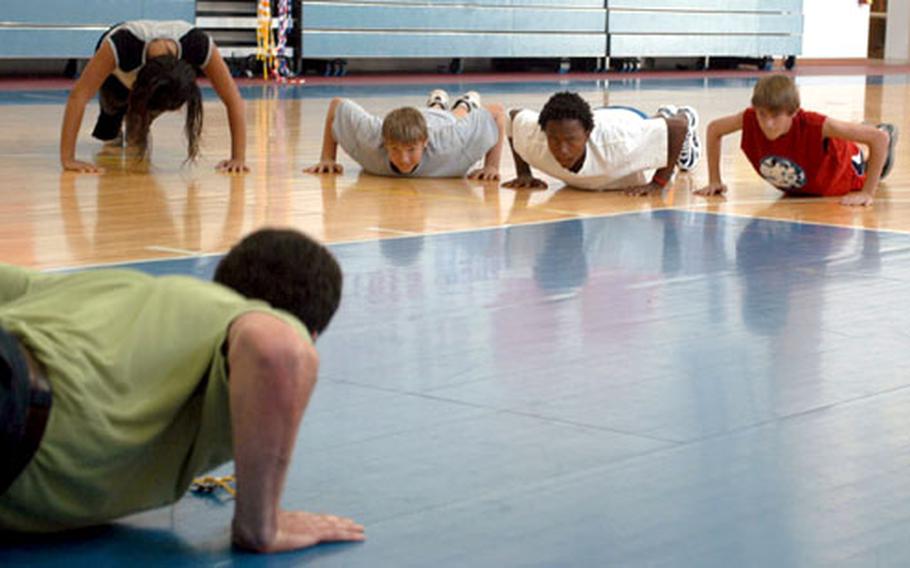 Fifth-graders in one of Julie Peressin&#39;s physical education classes at Aviano Elementary School race around an improvised track. Elementary students at Aviano participate in P.E. once a week. (Kent Harris / S&S)

AVIANO AIR BASE, Italy &#8212; Julie Peressin and Tim Morse teach in the same building, a sprawling complex that houses three schools. And while they share many of the same goals and techniques, there a few differences between their physical education classes. A few very big differences.

Peressin is the physical-education instructor for the elementary school. So every student from first through fifth grades calls her teacher &#8212; at least for about 50 minutes once a week.

>Morse teaches seventh and eighth grades at the middle school. He sees his students three times a week for 90 minutes each session. Or, roughly 5&#189; times the amount of time that Peressin is able to spend with her students. That&#8217;s for nine weeks, though. The next nine weeks, Morse won&#8217;t see them at all.

Besides a common desire to expand the time they have with students &#8212; a goal that teachers of just about any subject share &#8212; Peressin and Morse agree on another topic: Today&#8217;s physical-education classes are far different than the ones their students&#8217; parents had.

Gone are the days where teachers would go from football to basketball to softball, tossing in a ball and letting the kids play. Emphasis now is more on everyone participating than anyone winning.

Peressin&#8217;s students are almost always in motion. That might not surprise someone familiar with elementary-age kids. But in this case the motion has a purpose. During a recent class, students started with jumping jacks in the gym when their name came up during roll call. Peressin manages to call almost all their names off without looking at her chart. She&#8217;s got more than 700 kids in her classes during the week.

The students then walk outside to a courtyard, where they alternate walking and sprinting around the perimeter. After that, they each get a ball and break into four teams for dodge ball. They get to play four or five times before it&#8217;s time to go back inside.

Peressin said she plans to vary the routine throughout the school year, mixing in a variety of activities.

That&#8217;s also Morse&#8217;s plan. He said most of the time that won&#8217;t include the more traditional sports. The idea is to not let kids sit idly on the sidelines while others participate. And mixing up sports means that hopefully everyone will find something they like.

That seems to have already happened to some degree. Perry Adams puts in more than a mile on the treadmill while his eighth-grade class visits the weight room. Audri Rodriguez likes soccer. Lauren Desjardin plays volleyball.

This day, they all stretch and do a few exercises in the gym. Then they head to the weight room and swap between cardio and weights. Then it&#8217;s outside for an extended game of Ultimate Frisbee.