At 64, the oldest sailor in the Navy prepares to walk offstage 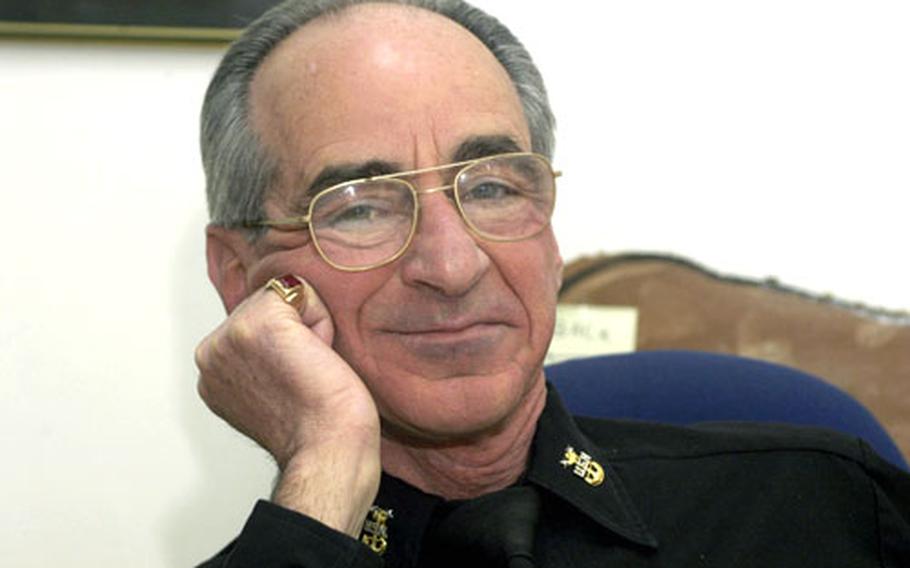 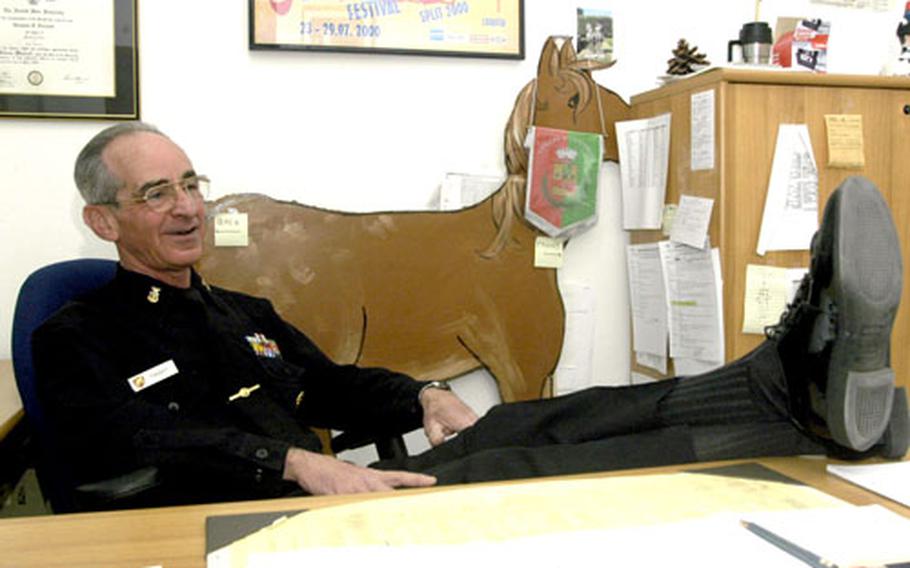 But what isn&#8217;t in question is that the 64-year-old assistant director of the Allied Forces Band Naples is the oldest serving sailor in the U.S. Navy.

When young military musicians ask whether they should continue their military service, he has them detail what he thinks are the benefits of serving: free medical care, travel and educational opportunities, a steady paycheck.

Then he has them list what they&#8217;d get out in the civilian world &#8212; and if they stay in music, a highly competitive civilian world. That column is usually much shorter.

Some of his subordinates tap into his wisdom or poke good-natured fun.

Forziati, he continued, &#8220;has been to the bottom of the barrel and been at the top, and that covers everything for a young sailor, whether they&#8217;re being counseled or rewarded.&#8221;

There&#8217;s little romance behind the story of Forziati&#8217;s 50-plus years of playing the trumpet. As a youngster, he wanted to play in the school band. His elementary teacher needed a trumpet player.

Later, his trumpet teacher &#8212; who taught Forziati when the Massachusetts native first started playing when he was 7 or 8 years old &#8212; planted the notion of a military music career.

Forziati enlisted in 1960, attending the Navy&#8217;s music school in the Anacostia section of Washington, D.C., before shipping out to his first sea duty tour aboard the USS Hancock.

For five years, by day, he worked as a machinist making pistol parts for Smith & Wesson in a Chicopee, Mass., factory. By night, he played in rock and jazz ensembles. He later moved to Hartford, Conn., and worked for Pratt & Whitney building airplane engines.

Until 1981, when his marriage failed and he needed something better to support the family, which included three children.

One evening, while he played in a club, in walked a senior chief petty officer recruiting for the Navy. Forziati was sold.

He re-entered as a third-class petty officer, one pay grade lower than when he&#8217;d left the service 17 years earlier.

After three tours in Naples, Italy, spent between the Allied Forces Band and 6th Fleet Band, Forziati and his wife of 21 years, Sally, are hoping to make it their home after he retires on March 1.

He&#8217;s looking for a supervisory job with the U.S. government &#8220;where I can manage my brains out,&#8221; said Forziati, who holds a bachelor&#8217;s degree in psychology from Westfield State in Massachusetts and a master&#8217;s in urban education from Norfolk State in Virginia.

His retirement ceremony is scheduled for Jan. 25 at Joint Forces Command Naples in Bagnoli.