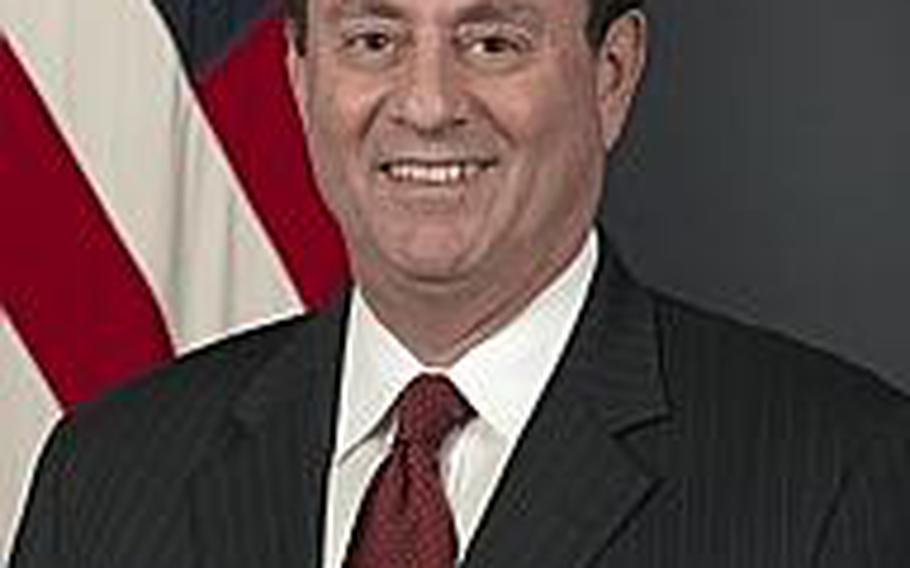 Wilson, who took over the post in early 2010, said he would leave the Pentagon in late March. He&rsquo;ll be replaced by an as-yet unannounced nominee chosen by President Barack Obama.

The Tucson, Ariz., native has served as a Defense Department public affairs official on and off since the 1990s. The department&rsquo;s highest-ranking openly gay official, he has publicly described last year&rsquo;s overturning of &lsquo;Don&rsquo;t Ask, Don&rsquo;t Tell&rsquo; as a personal victory.

Wilson, also an Obama nominee, said he planned to support the president&rsquo;s re-election campaign without being a formal part of it. He said he would focus in his retirement on the welfare of military families and wounded warriors.

&ldquo;He&rsquo;ll miss Doug&rsquo;s insights, energy and the commitment he consistently demonstrates to our men and women in uniform,&rdquo; Little said.