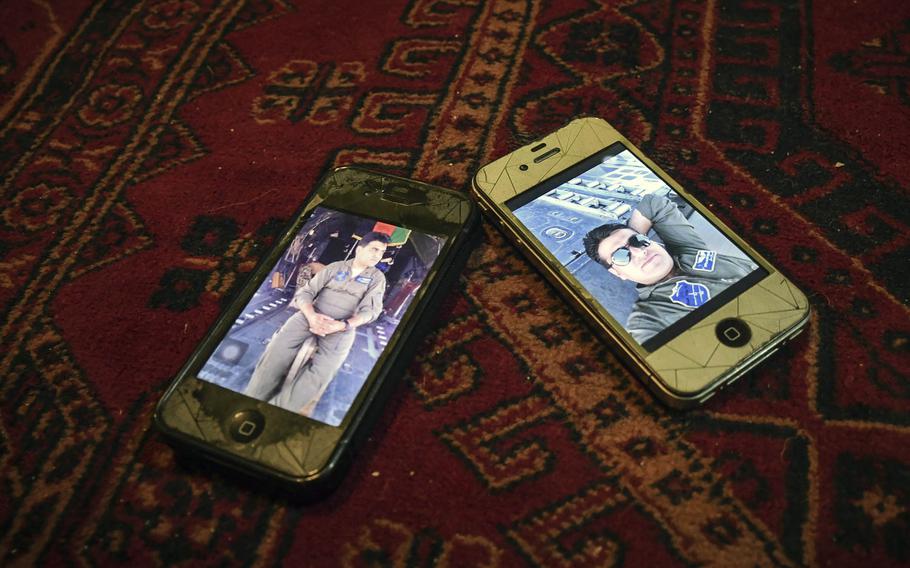 The family of Afghan flight engineer Mahboobulhaq Safi, 30, keep photos of their loved one, who was one of the most highly trained airmen in the Afghan air force and was assassinated on Aug. 27, 2018. The family wants more protection for airmen, who face threats both at work and off duty. (J.P. Lawrence/Stars and Stripes)