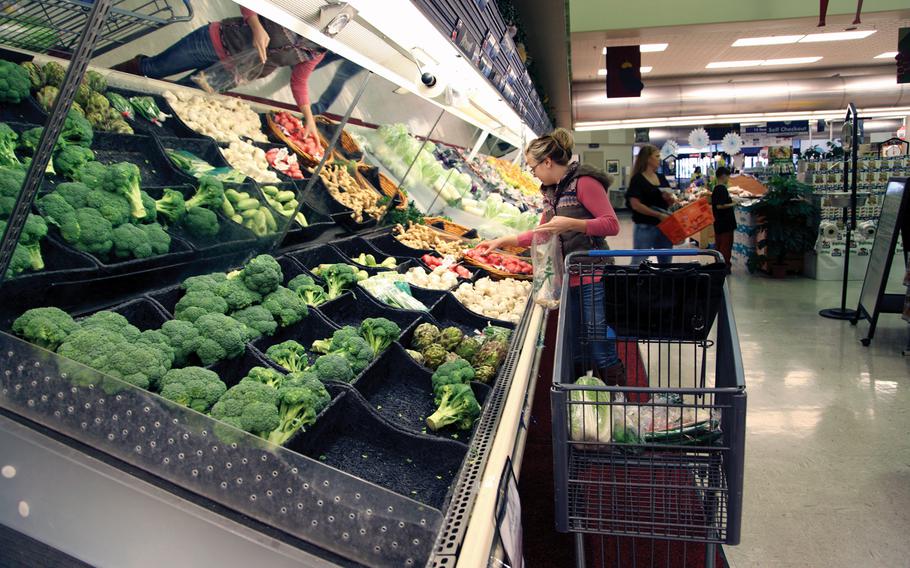 WASHINGTON — An avian flu outbreak in the United States might cause shortages of chicken and other poultry at base commissaries in Japan and South Korea, the Defense Commissary Agency said this week.

Embargoes in those countries designed to stop the spread of the disease are holding up U.S. shipments of chicken, turkey, eggs and related products such as pot pies, lunch meat, hotdogs and egg rolls, according to the agency. Eleven commissaries in South Korea and 14 stores on mainland Japan and Okinawa are affected.

Three outbreaks of the disease have occurred among birds in Washington state since last month and have triggered concerns among the poultry industry there and nations in Asia who consume the meat, according to media reports.

“We are using various alternatives to provide some poultry products on our shelves in South Korea and Japan,” said Joseph Jeu, director and CEO of DeCA. “However, because these are limited interim solutions that may not stock our shelves fully, our patrons may experience shortages of certain poultry items.”

More expensive, locally sourced products are being stocked in some cases in Japan. South Korea has allowed some cooked poultry to enter the country, DeCA said. The agency does not know when the embargo may end.