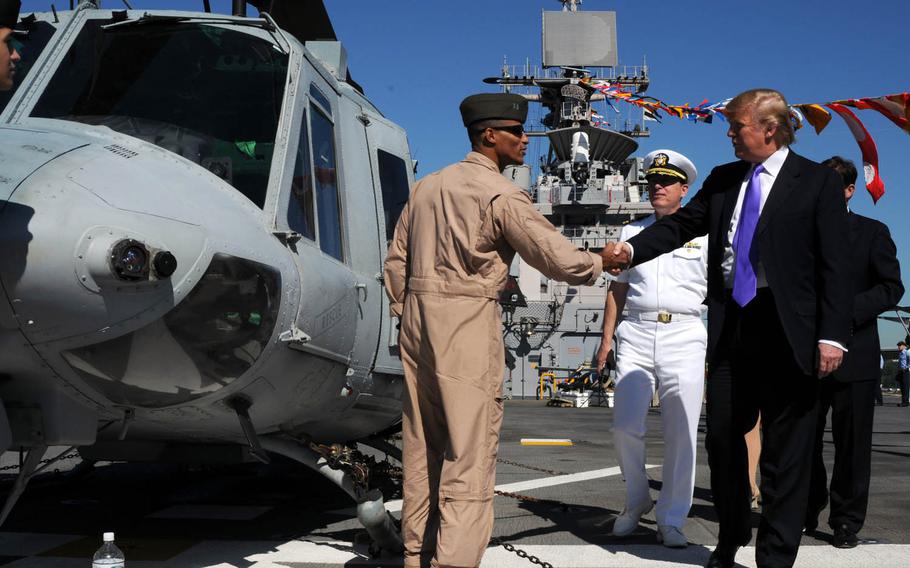 Donald Trump tours the amphibious assault ship USS Iwo Jima during Fleet Week New York City in May 2009. Trump will be sworn in as the 45th president of the United States on Jan. 20, 2017. (David Danals/U.S. Navy)

Donald Trump tours the amphibious assault ship USS Iwo Jima during Fleet Week New York City in May 2009. Trump will be sworn in as the 45th president of the United States on Jan. 20, 2017. (David Danals/U.S. Navy) 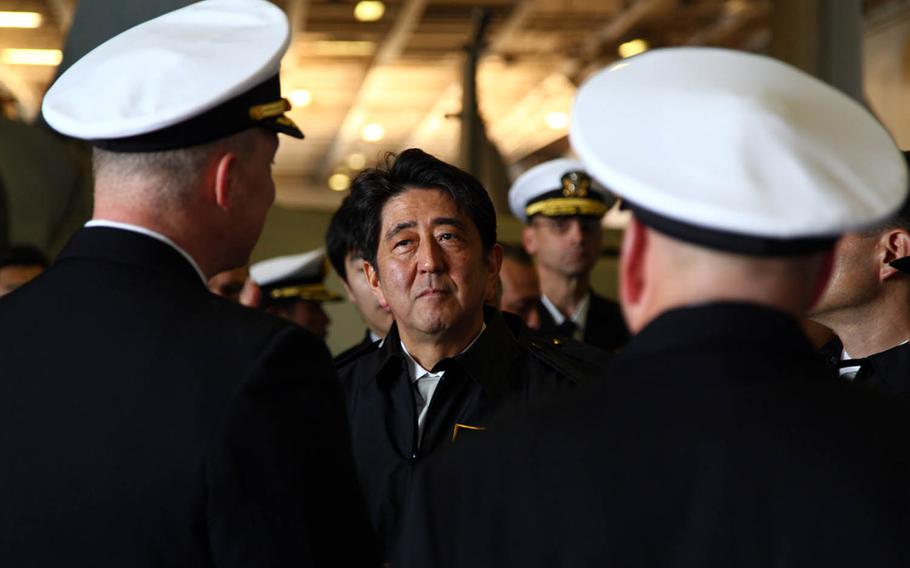 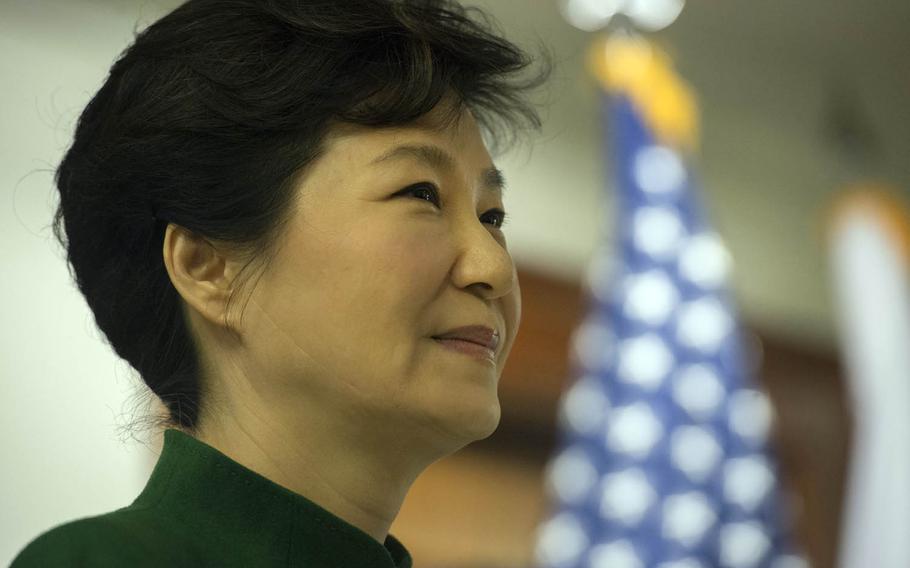 Asian allies are heartily congratulating Donald Trump for his election victory while worrying whether his “America first” focus will erode regional security and undercut trade agreements.

No one is quite sure what to expect from the billionaire businessman who has no political experience and is perceived as a hot-head who sees the world in terms of profits and losses.

Some of the biggest questions are what will happen to the “Pacific pivot,” President Barack Obama's plan to bolster America’s military and trade presence in a region that he saw as critical to the future, and the Trans-Pacific Partnership, the 12-nation trade deal that Trump has derided as contrary to America’s best interests.

Trump has sent mixed messages to Asia. He sparked concern across Japan and South Korea when he said during his campaign they need to pay more of the costs of basing U.S. troops in the region and suggested they should start their own nuclear weapons programs to defend themselves from possible attacks by North Korea or China.

“He has said that he is going to increase the military presence in the Asia-Pacific region, but he also signaled that he would draw troops down from Japan and Korea,” said James Brown, a defense expert at the United States Studies Centre in Sydney.

“I think whatever form the rebalance takes, it will certainly have a harder edge. There will be no TPP. And it will be about muscle moves, I think. I think his policy in Asia will look a lot like China’s policy in Asia, which is driven by commercial considerations, backed by strong deployments of military force when need be.”

Japanese Prime Minister Shinzo Abe and South Korean President Park Geun-hye both spoke with Trump by telephone Thursday to offer their congratulations on the Republican’s stunning upset victory over Hillary Clinton. Spokesmen for both leaders said Trump made assurances that he hopes to further strength their bilateral relationships.

Even with the inauguration two months away, world leaders are already trying to cozy up to Trump and setting up task forces to engage with his Cabinet once it’s formed. Abe is working out plans to meet with Trump on Nov. 17 before the APEC meeting in New York, Chief Cabinet Secretary Yoshihide Suga said.

“I think that they made a great start to build a trusting relationship,” Suga said.

Maybe, but that would mark a turnaround for Trump.

“Where I think the biggest impact of Trump’s security policy in Asia will be felt is on the U.S.-Japan relationship,” Brown said. “That’s one of the things he’s been very consistent about. He doesn’t like Japan. He hasn’t liked them for 30, 40 years. He sees them as exploitative of the U.S., and so this trend toward a more intensified US-Japan alliance, I think, will be halted and potentially reversed.

“I think in Tokyo right now, I would be very nervous. I think Japanese government officials will be very nervous about what this means to them and what it means to stability in the region.”

Professor Brendon O’Connor, an expert on U.S. foreign policy at the United States Studies Centre in Sydney, said an international poll taken before the election showed “an overwhelmingly negative attitude” toward Trump, with only 3 percent support in South Korea, 5 percent in Japan and 15 percent in Australia.

“In the case of Korea and Japan, there is a great deal of fear that Trump will pull back commitments to those two countries,” O’Connor said. “His argument that they should consider getting their own nuclear weapons was not something that would be seen positively by either nation. Those, I think, were dangerous and unwise statements to make.”

Japan is already in the midst of a transformation of its military that makes many in the region uneasy. Despite majority opposition, Abe has worked to ease the heavy restrictions on its military that are enshrined in the post-World War II constitution. The country could now come to the aid of an ally under attack.

And faced with Chinese aggression over the disputed Senkaku islands, Japan is expanding its capabilities beyond self-defense, participating in military exercises with the U.S. this week on the island on Tinian that are part of its push to develop a Marines-like amphibious capability.

But it’s far from ready for a confrontation, so the U.S. troops based in the country — half in Okinawa — will be needed for the foreseeable future.

Many Okinawans bristle against the ongoing U.S. presence, and Gov. Takeshi Onaga won election on an anti-base platform. He said he will visit the U.S. early next year in an effort to persuade Trump to reduce the military presence on the island.

While Japan does foot about 75 percent of the U.S. military’s costs here, that still makes up only 1 percent of its budget, which has led to criticism from Trump and others, said Yasushi Watanabe, a professor of American studies at Japan’s Keio University.

“In the eyes of the United States, it’s not fair,” Watanabe said. “It’s certain that he (Trump) will demand more burden” be carried by Japan.

“It is uncertain what his policies toward South Korea, North Korea and Asia are likely to be,” Lee said, adding that he sees worst-case scenarios. “No good scenario is in sight.”

China is waiting to see whether Trump will try to boost trade ties or take a harder line in the South China Sea, where Beijing has built up tiny islands, reefs and shoals and added airstrips, radars and buildings.

“All we have to go on now is what he focused on during the campaign. And he focused on the trade relationship,” said Denny Roy, an Asia expert at the East-West Center in Honolulu. “They don’t like what he said about the trade relationship, but the problems they foresee under Trump are easier to deal with than the problems that would’ve seen under a Clinton presidency.

“If you had to boil it down to one sentence it would be: The Chinese are less worried about the US-China relationship under Trump than Clinton because they see Trump as a businessman -- pragmatic, just wants to make money. That’s a big part of the Chinese relationship with the United States as well. They think they can make a deal with the guy. Whereas Hillary Clinton has some strong views on strategic issues that divide the United States and China. And China also sees her as a crusader on human rights.”

O’Connor said he thinks dealing with China will be one of Trump’s biggest challenges “given that he’s talked pretty tough on China in regard to trade. He talked a lot about building up America’s military. Those are concerning thoughts.

"There’s been a degree of peace and economic prosperity in building relations with China since the Bill Clinton administration, and to see that disturbed I think would be a real mistake.”

China is also seen as one of the keys to calming down North Korea, which has spent the entire year showing off the improvements in its nuclear weapons and missile programs. Trump has said he’s willing to have talks with North Korean leader Kim Jong Un, who is in the midst of an aggressive push to upgrade his nuclear weapons and missiles so they could reach the U.S. mainland.

North Korea warned Thursday that it has no intention of giving up its nuclear weapons program.

“Washington’s hope for North Korea’s denuclearization is an outdated illusion,” the official ruling party newspaper Rodong Sinmun said in a commentary. It didn’t mention Trump by name but was published after his election.

One of the more interesting aspects of Trump’s presidency is how he will deal with Philippine President Rodrigo Duterte, who some see as being cut from the same cloth as Trump: a maverick who won election with promises of change.

Duterte sent his congratulations to Trump on Thursday, too, and talked of military exercises which the U.S., which he recently said would end.

“Looking at the personalities, President Duterte will respect President Trump,” said James Brown. “He will see some similar characteristics in Trump to himself. But I think that relationship is going to become one driven by pragmatism rather than one that’s driven by values.”