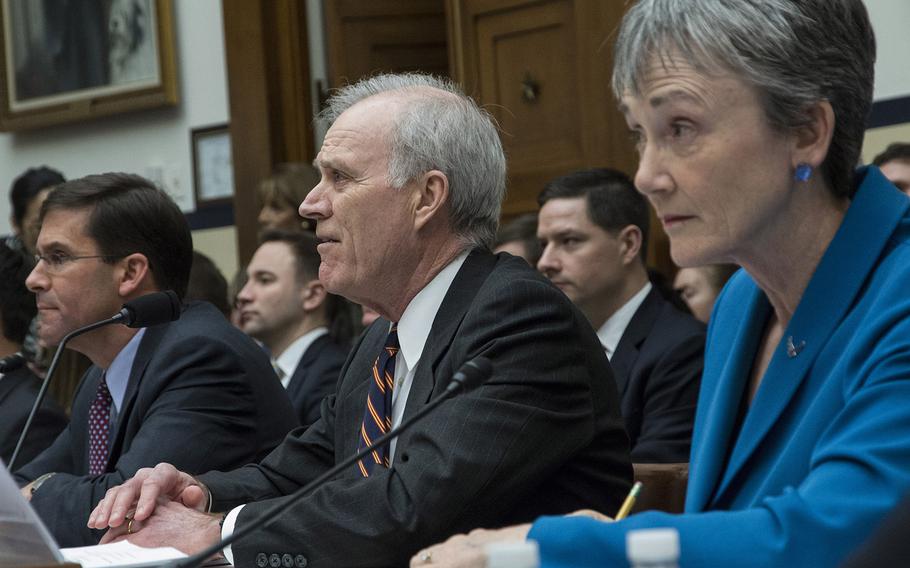 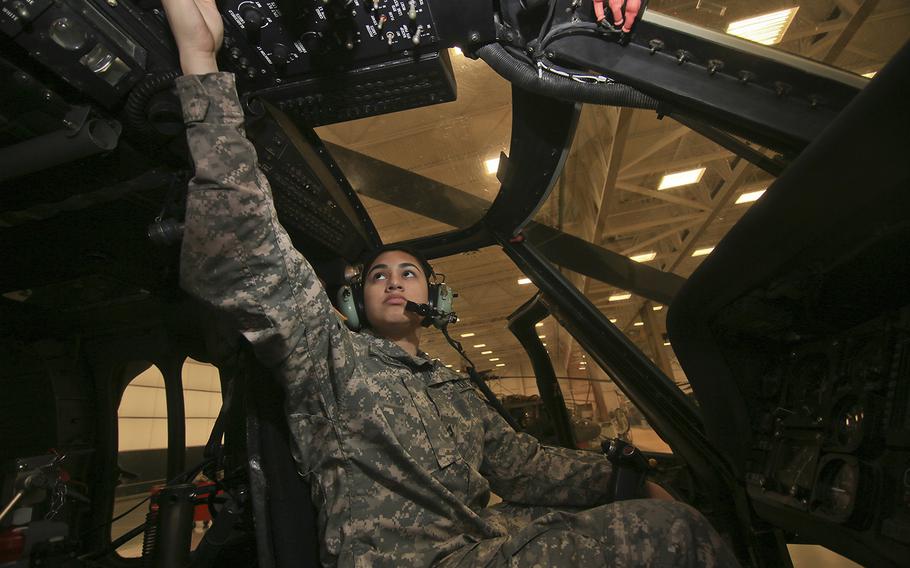 The Army and Air Force are on track this year to see increases in the percentage of women enrolled at their academies, service secretaries said. Of the applicants for this year’s incoming Air Force Academy class, 30 percent are female, an academy spokesman said Tuesday.

However, the secretaries also agreed much work remains to address the remaining, sizeable gaps that still exist between men and women in the services.

“We are trying to change a little bit the way we talk and think about who the protectors are in this country,” Air Force Secretary Heather Wilson told the House Armed Services Committee. “I think sometimes the way we talk about the services may appeal more to boys than to girls.”

Overall, U.S. military has seen gains in the recruitment of women in recent years, with new combat positions open to women and growing enrollment at the academies.

The Air Force, in particular, will mark the highest percentage of women ever enrolled at their academy, Wilson told the House panel during a wide-ranging hearing on the services’ 2019 budget proposals.

Wilson’s comments came on the heels of testimony by other service secretaries, who said they have also seen gains but are still working to expand those efforts in recruitment and especially retention of women. The hearing could influence the development of the next National Defense Authorization Act.

“Each of the military services experience challenges retaining women to a varying degree with a particularly wide gender gap in operational specialties,” Rep. Susan Davis, D-Calif., said in questioning the secretaries. “More women than men, as we know, leave the military at various career points, so concerns persist that this attrition will result in a disproportionate impact to mission readiness if left unresolved.”

That’s up from when a RAND Corp. study found female enrollment at the academy had reached 21 percent by 2009, up from 16 percent several years earlier.

“We see a higher percentage of women being selected to enter the academy as from a commissioning source,” he said.

“The percentage of women in classes entering the Air Force Academy and Naval Academy has been growing to a goal over 20 percent for about 10 years,” Manning said after hearing of the comments about the academies at Tuesday’s hearing. “The Coast Guard Academy has been in the 33 percent vicinity for a number of years now.”

Some people, however, remained concerned the Army has an artificial cap in place that is keeping West Point from boosting its enrollment of women. Among them, retired Army Col. Ellen Haring, who is SWAN’s director of programs and research. She said it’s difficult to explain the significant gap in Army ROTC programs with a 28 percent female enrollment rate vs. West Point’s 22 percent.

“I want to know why West Point, which provides a completely free education, a prestigious education, doesn’t seem to be able to enroll women at the same rate as Army ROTC programs, which offer more limited scholarships,” Haring said.

Initiatives could boost recruitment, retention Despite the gains, the service secretaries agreed Tuesday that plenty of work remains to address the remaining gaps between men and women in the military.

Wilson made a series of striking remarks that a cultural shift has to be addressed first, moving from a focus on men to one of women as protectors serving their country.

“If I asked everyone in this room to …just close your eyes for a second and think about the most protective person you know in your life, someone who would do anything to keep you safe … half the people in the room are thinking about their moms,” Wilson said in response to a question about efforts in addressing the gaps between men and women serving in the military. “We are the protectors. That’s what the military does. We serve to protect the rest of you and that’s a very natural place for a woman to be.”

Wilson’s comments brought a bustling hearing of back-and-forth dialogue to an abrupt silence.

“Secretary Wilson, I’ve never heard the case for who should be serving in our uniforms better put than the way you said that,” Rep. Mike Conaway, R-Texas, remarked. “I don’t know if you noticed, but it got really quiet in here while you were finishing up your statement. I think it was because your words were reverberating in our minds.”

Esper said the Army has opened more combat jobs to women. He said he visited with them at the National Training Center at Fort Irwin, California and Fort Bragg in North Carolina where they are “doing very well.”

A “Leader’s First” initiative has helped enrolled dozens of women, he said.

“So a lot of expansion happening there,” Esper said. “We are expanding the number of posts that [servicewomen] can travel to as well to make sure that we have greater opportunity throughout the ranks.”

The new effort would let servicemembers “off-ramp” midcareer to take a break to study, have a family, or other options and then return to the service without penalty.

“Going forward, rest assured, …it’s game on,” Spencer said. “All three of us [services] fish from the same pool and that pool is getting smaller and smaller …We are going to be using every single tool available to us.”