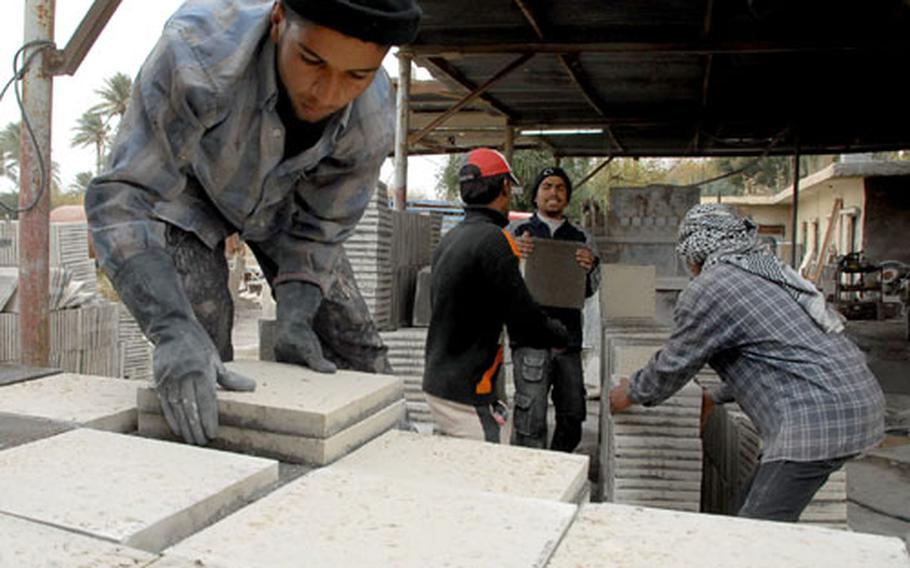 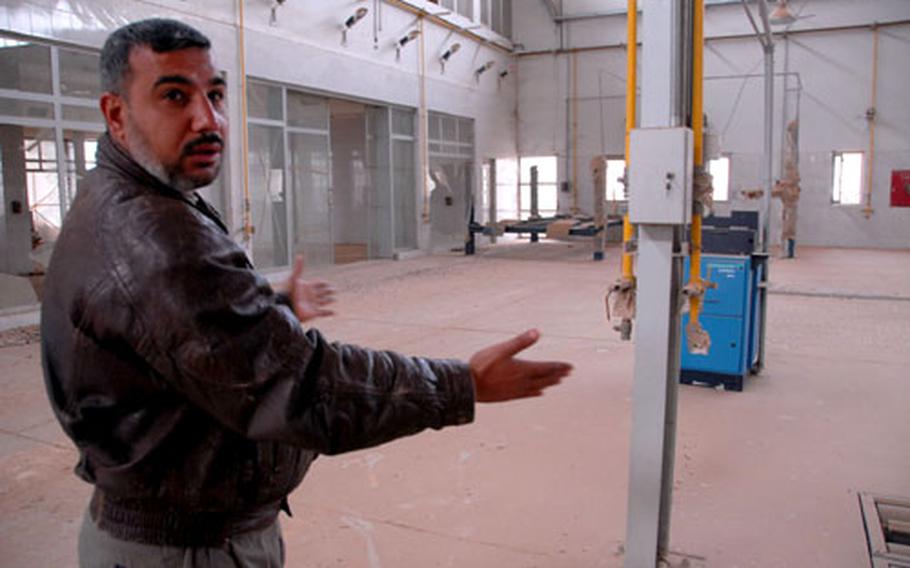 Moayed Saqbani shows the Nissan distribution center he has helped guard since 2003. The facility now could open within months, part of a push to revitalize the Warij industrial district south of Baghdad. (Travis J. Tritten / S&S) 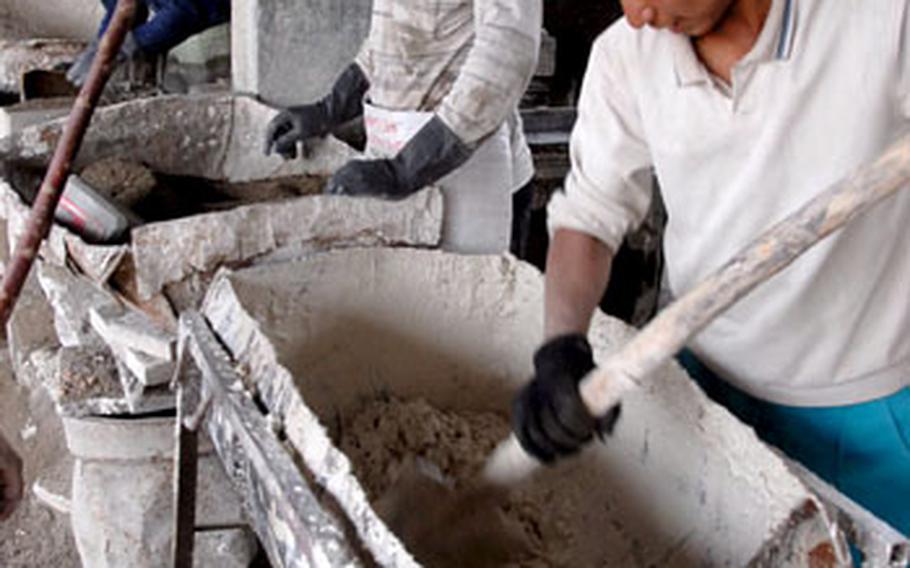 Workers make mix for tiles on Monday at a family-run factory in the Warij industrial district south of Baghdad. (Travis J. Tritten / S&S)

MAHMUDIYAH, Iraq &#8212; The equipment at the Nissan distribution center is neatly wrapped in plastic, waiting to be used.

The marble showroom floor still shines beneath a cover piled with dust and bird droppings.

For nearly six years, Moayed Saqbani has guarded the idle facility and its adjacent mosque in the Warij industrial district, waiting for the day it would finally open for business.

The facility was one of Iraq&#8217;s biggest business projects in the days before the invasion, he said, but was thrust into limbo during years of fighting in the area once known as the &#8220;Triangle of Death.&#8221;

With violence now receding, its day might be coming &#8212; the distribution center could begin operations within two to three months, according to coalition reconstruction officials in Mahmudiyah.

&#8220;When it was completed, the war happened,&#8221; said Saqbani, standing in a dusty but undamaged vehicle maintenance area. &#8220;There are a lot of people who are excited about coming and working here.&#8221;

It is one of about 100 factories and businesses in Warij, a sprawling industrial strip along the highway south of Baghdad. Only about 10 percent are open and the rest, like the Nissan facility, have gone idle, crumbled or disappeared, said Bruce Bailey, a USAID representative and member of the Embedded Provincial Reconstruction Team.

But the area, despite deep decay, has become a glimmer of hope during eight months of relative peace.

An estimated 300,000 Iraqis are expected to move to Warij from the crowded neighborhoods of Baghdad over the next five years, Bailey said.

The industrial district is in a prime location for commerce &#8211; it sits near the intersection of two highways that reach as far south as Saudi Arabia and Kuwait, and it is connected to Iraq&#8217;s national railroad.

It also straddles the main highway artery into the Rashid neighborhood and the rest of southern Baghdad.

Revitalization work is in its infancy, but there are encouraging signs that the Warij economy can be revived, Bailey said.

An ice cream factory is operating, a truck dealership is ready to open and small businesses are applying for coalition micro-grants, he said.

The largest businesses in Warij now employ hundreds of Iraqis and with proper planning and government support, they could employ tens of thousands within the next decade, Bailey said.

Still, the area is gripped by severe blight and sporadic violence.

Many of the factories have been reduced to fields of rubble and scrap and the area is in need of basic services such as water, sewer and electricity.

Since March, Warij has been free of the all-out violence that once targeted travelers along the highway. But militants and insurgents still move through, he said.

But even during the hard times, some Iraqi businesses owners have pressed ahead in Warij. And some hope to thrive as the violence subsides.

Moayed Yassin Hassan al Janabi and his family have run a tile factory here since 1978 and watched as many owners fled from the war.

The tile factory employs 15 and sells tiles to businesses and Iraqis in Baghdad and the surrounding area. It has applied for a micro-grant through Sterrett&#8217;s Company C, but it is still uncertain whether the factory will qualify.

Grant money could help Moayed and his brothers purchase a new tile polisher &#8212; one of their two machines recently broke down &#8212; and a second truck to haul his products, he said.

The simple improvements could make a big difference for one of the few Warij businesses that weathered the rule of Saddam Hussein and the Iraq war.

It might even be a sign of changes to come. Moayed said he believes Warij is on the verge of rebuilding its industry.