As Vinson muscles in, some sailors get special welcome 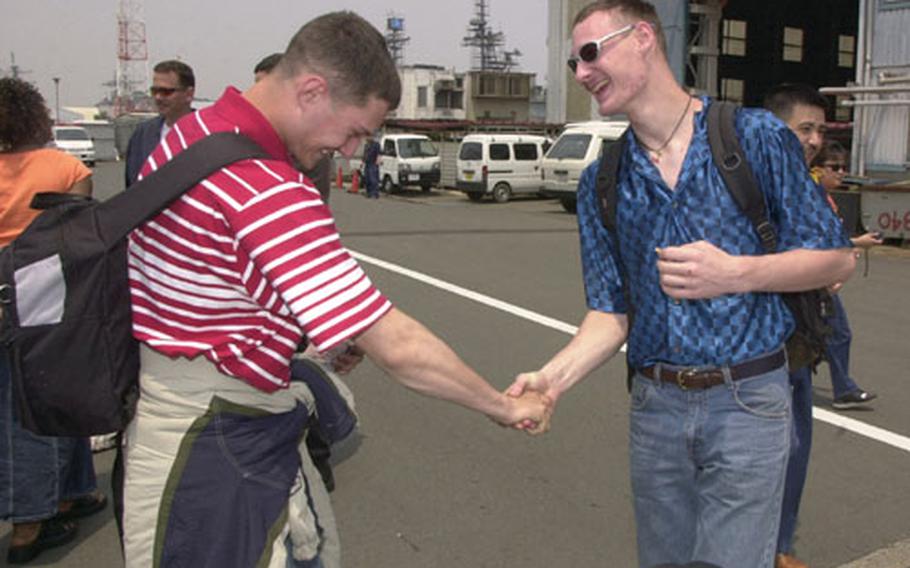 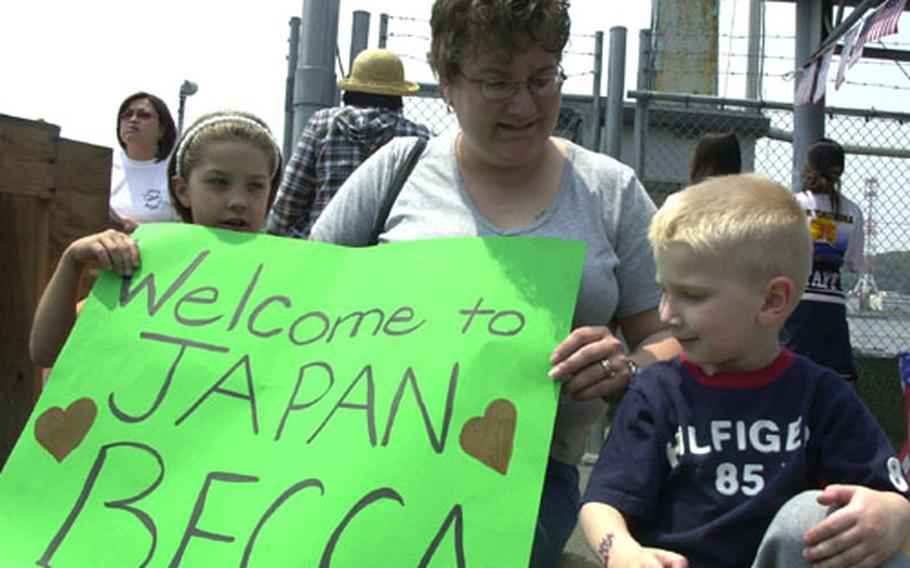 YOKOSUKA NAVAL BASE, Japan &#8212; There wasn&#8217;t the massive hoopla unleashed when the USS Kitty Hawk returned here last Tuesday, but greetings for USS Carl Vinson sailors stepping off liberty boats Saturday at Pier 3 were heartier than expected, and in some cases, nothing less than family reunions.

Brothers and brew: Just a few feet down the pier, next to the Morale, Welfare and Recreation department&#8217;s sprawling tent welcoming the Vinson crew, Petty Officer 3rd Class Matthew Shilling of the USS Kitty Hawk anxiously shifted his weight from foot to foot as he waited for his younger brother to come ashore.

&#8220;When I first heard they were coming here, we were still in the Gulf,&#8221; he said, referring to the Kitty Hawk&#8217;s recent deployment to the Persian Gulf in support of Operation Iraqi Freedom.

&#8220;It was there I heard they were coming to Japan, and they were going to take our place while we were gone. All I could think was, &#8216;Wow! No way!&#8217;&#8221; he added, glancing at incoming liberty boats, hoping to catch a glimpse of his younger brother, Petty Officer 3rd Class Richard Shilling, an aviation ordnance man.

The brothers, from Chester, W.Va., are very close, Matthew said. His Kitty Hawk supervisor rearranged schedules so he could spend an extra two days with his brother from the Vinson.

No tugging needed: Meanwhile, onlookers early Saturday morning learned exactly how many tugboats it takes for a massive aircraft carrier to anchor offshore. The answer? Zero.

Still, three powerful tugs met the Vinson just offshore. One marked the spot for the ship to anchor, and the other two pushed barges around to be used later for various chores.

It seems aircraft carriers, when not in need of gentle nudges toward a pier, pretty much go where they want, with little interference.

Coming through: Had there been serious impediments to the Vinson dropping anchor for several days, there were plenty of Japanese Coast Guard and police vessels around to clear the way.

Apparently, though, several local fishermen didn&#8217;t get the memo that a ship about the size of Georgia was coming through, and a few evangelizing protesters in sailboats were kept at bay.