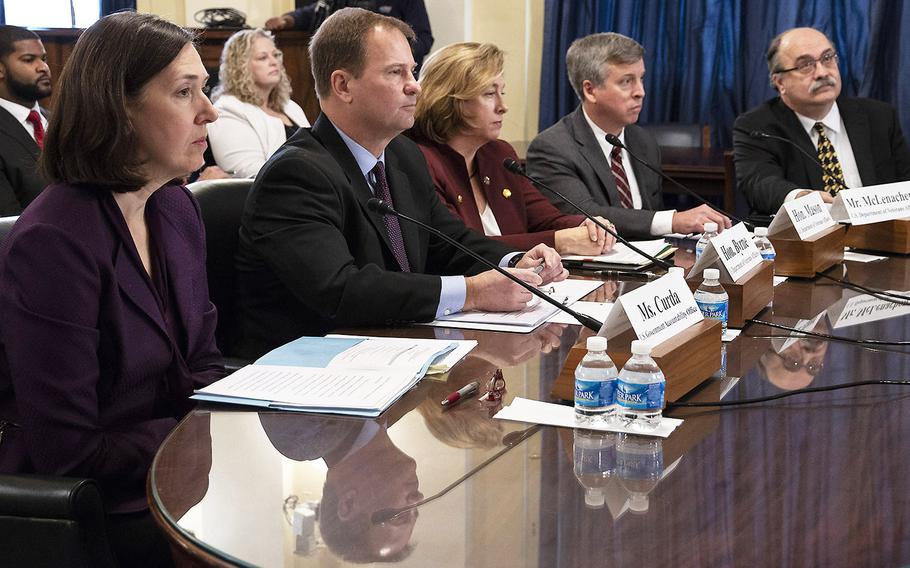 WASHINGTON – The Department of Veterans Affairs is expected to implement a new law in February that aims to shorten the time it takes veterans to appeal their claims for VA benefits – a process that can now last years.

While VA officials insist they’re on track to have the new system set up on time, some lawmakers are approaching the issue with a sense of unease brought on because of damaging problems when the VA tried to implement a new education benefit this year.

Issues with the new “Forever” GI Bill cast a pall over a House Committee on Veterans’ Affairs hearing Wednesday, where lawmakers met the VA’s confidence with skepticism.

“While we are all excited for appeals reform to rollout, it is also important for VA to understand this committee does not wish for VA to push out the new appeals system in February if it’s not truly ready,” said Rep. Phil Roe, R-Tenn., the committee chairman. “That’s one lesson we all have learned from the Forever GI Bill.”

The VA missed an Aug. 1 deadline to implement part of the Forever GI Bill – a major expansion of veterans’ education benefits Congress approved in 2017. When the agency went to make the necessary changes, they faced critical information technology errors that resulted in thousands of veterans receiving late payments. The cost of the failures to veterans and taxpayers is not yet known.

Congress approved the Veterans Appeals Improvement and Modernization Act last year and gave the agency an 18-month window to implement it. Like with the GI Bill, reforming the appeals process requires new IT capabilities.

“Appeals modernization implementation is not facing the IT challenges we’ve seen with Forever GI Bill implementation,” said VA Acting Deputy Secretary Jim Byrne. “I understand we all may be a little gun-shy about the actual execution, but in this case there is a high degree of confidence.”

Lloyd Thrower, deputy chief information officer for the VA, said it’s a “very different scenario” than with the GI Bill.

“In this instance, we’re updating two critical VA systems, and we have actually had boots on the ground working very hard long before this bill passed,” Thrower said. “And the level of requirements we had to deal with was simpler.”

Since November 2017, the VA has allowed veterans to opt into a new process called the Rapid Appeals Modernization Plan, or RAMP, which acted as a phased approach to implementing the law. The process promised quicker VA reviews.

The VA reviewed about 75,600 appeals through RAMP in the past year and paid out $137 million in retroactive benefits from those appeals, Byrne said.

“RAMP has given us a good picture of how this is going to be implemented,” he said.

Lawmakers and advocates see the new law as an improvement of a decades-old system – one that now takes an average of six years when a veteran is forced to appeal a claim with the Board of Veterans’ Appeals.

“The big picture is we’re offering veterans choice and control over the appeals process that’s sort of unprecedented,” Byrne said. “We’re making it easier and user-friendly.”

The Government Accountability Office, which has been monitoring the law’s implementation, still had warnings Wednesday.

Veterans will be presented with multiple options when appealing their rejected claims. One of the risks is that too many will choose a hearing with the Board of Veterans’ Appeals, said Elizabeth Curda, a director at GAO. She urged the VA to delay implementation of that option past February.

“That is the most resource-intensive option and could have implications for the ability of the board to process claims,” Curda said. “If they delay full implementation of the new process, they could allow more time to phase in the board options.”