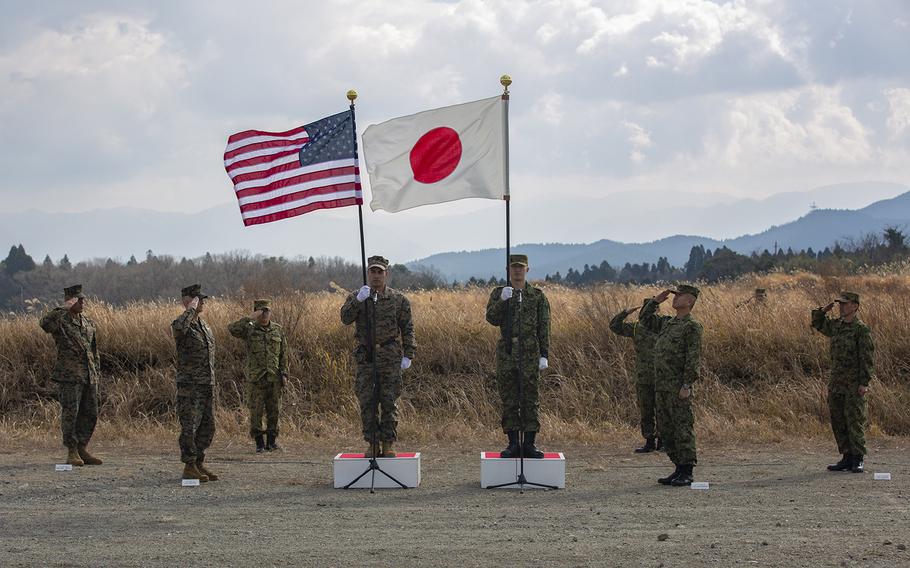 TOKYO — A day after the 60th anniversary of the U.S.-Japan defense treaty’s signing, U.S. and Japanese experts on Monday called for more commitment from Japan to the alliance.

Speaking Monday at the “U.S.-Japan Cooperation for Peace” public panel, economist Clyde Prestowitz Jr. said “there’s a question mark about to what extent is Japan committed to the U.S.-Japan security alliance and how far will Japan be willing to go” in a conflict with China. Genron NPO, a Japanese think tank, sponsored the event.

“There is not a clear definition of the future collaboration of the U.S. and Japan,” Prestowitz said.

Prestowitz, president of the Economic Strategy Institute, a Washington, D.C.-based think tank, and a former counselor to the commerce secretary during the Reagan administration, cited the U.S. and Japan’s shared frustration with China over its growing claims and military activities in the South China Sea. Tokyo and Beijing also dispute ownership of the Senkaku Islands, called the Diaoyu by China.

“I think U.S. analysts believe there needs to be a much tighter coordination between U.S. forces and Japanese forces and a mutual expansion of those forces, but it’s unclear to many American observers as to how far Japan is able or willing to go,” he said.

“As the security environment continues to evolve and new challenges arise, it is essential that our alliance further strengthen and deepen,” Trump said. “I am confident that in the months and years ahead, Japan’s contributions to our mutual security will continue to grow, and the alliance will continue to thrive.”

About 54,000 U.S. military personnel are stationed in Japan under the mutual defense treaty that states the U.S. military will come to Japan’s aid if attacked, according to U.S. Forces Japan.

Japan’s constitution limits its military by banning offensive forces and constraining its ability to project power beyond its territorial waters.

However, the Japan Self-Defense Force trains regularly with U.S. forces and other partner nations in exercises across the Pacific, such as Talisman Sabre 2019 off the coast of Australia in June and July.

At the panel, David Shear, a former assistant secretary of defense for Asian and Pacific security affairs, disagreed with Prestowitz, pointing to multiple initiatives Japanese Prime Minister Shinzo Abe took to benefit security in the region.

“I think the American national security community has more confidence in Japan’s commitment to the alliance,” Shear said.

He said Abe has been “increasing Maritime Self-Defense Force operations in the South China Sea and cooperating closely with the U.S. Navy there, as well as using the Japanese Coast Guard to fend off Chinese efforts to extend its administration over the Senkakus.”

In a September report, Japan’s Ministry of Defense stated that strengthening U.S. relations is “more important than ever” and pledged to “proactively and independently strengthen our own security capability” by enhancing deterrence measures and increasing its presence in the South China Sea to boost the alliance.