As U.S. troops leave Friedberg, residents 'are going to miss them' 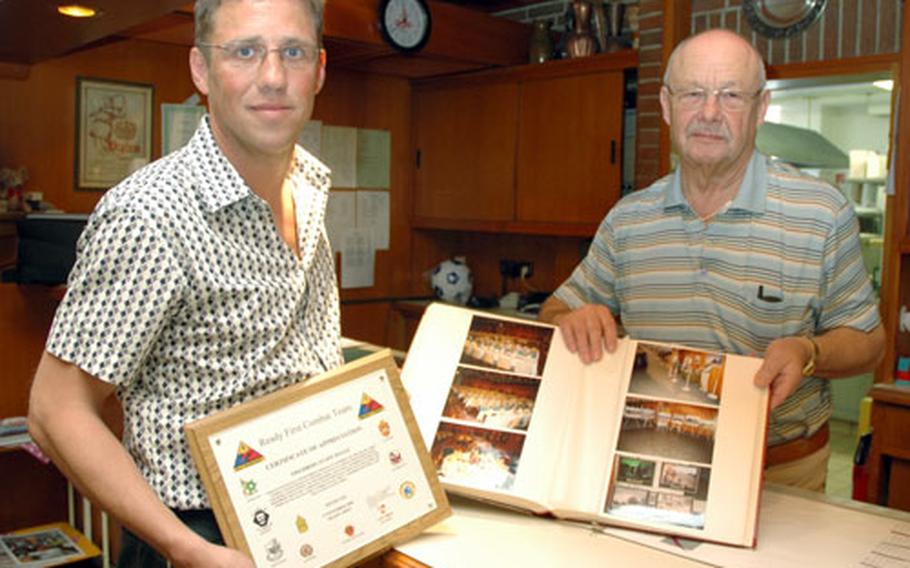 Ralf Mackenrodt and Werner Wissel, manager and owner, respectively, of the Friedberg Hotel and Restaurant, show one of their many albums full of American military banquets held at their locale. (Robin Hoecker / S&S)

Ralf Mackenrodt and Werner Wissel, manager and owner, respectively, of the Friedberg Hotel and Restaurant, show one of their many albums full of American military banquets held at their locale. (Robin Hoecker / S&S) 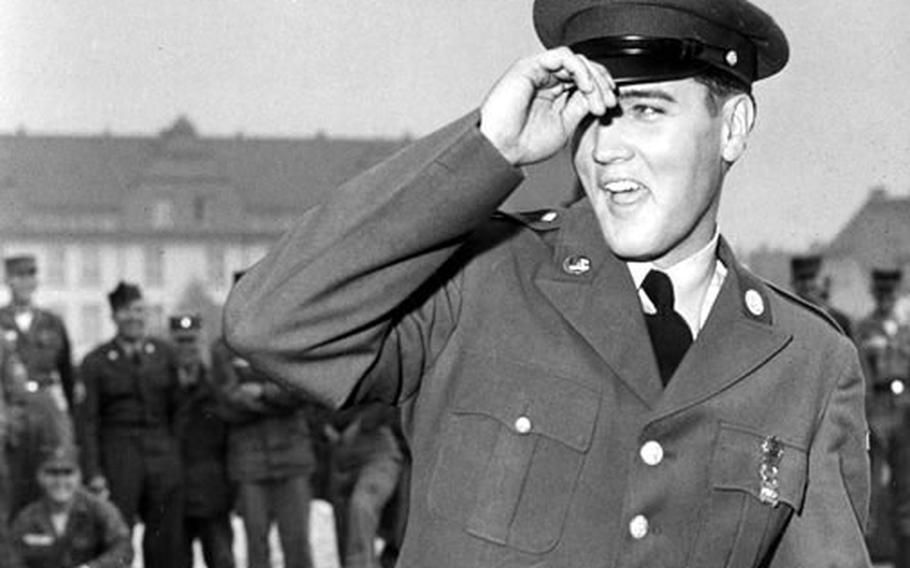 FRIEDBERG, Germany &#8212; Erika Steinbaum was a young woman when the American military moved into the town of Friedberg, just north of Frankfurt, in 1945.

To many who live near Friedberg and the U.S.-run Ray Barracks, the presence of American troops is just part of the town.

Although the number of servicemembers has dwindled over the years, the final pullout of more than 2,000 American troops from Friedberg by 2008 will surely affect this small town of 30,000, both economically and socially.

Behind the bar, a shelf full of photo albums documents the years of parties thrown at the restaurant by U.S. military members. A certificate of appreciation from the Ready 1st Combat Team hangs prominently on the wall. When family members came to visit troops stationed in the area, many stayed in this hotel, Mackenrodt said.

Some of the party pictures in Mackenrodt&#8217;s albums showed guests dressed up as Elvis Presley. Friedberg has had a special relationship with &#8220;the King,&#8221; ever since he was stationed at Ray Barracks from 1958-1960.

To this day, people still lay flowers along the gate on the anniversary of his birthday, said Mackenrodt.

Talking with people in town, few had anything bad to say about the soldiers.

&#8220;I even married one,&#8221; said Christa Jordis, now an English teacher at the Augustine High School.

However, some younger Germans are not so nostalgic.

A table full of logistic students at the technical college in Friedberg shared their opinions about the American pullout.

The city of Friedberg already has its eye on the nearly 200 acres of land that will be turned over to it once the Americans leave.

In a foldout section of a Friedberg tourism brochure called &#8220;Room for Vision,&#8221; the city refers to the area as having &#8220;enormous development potential,&#8221; although exact plans have yet to be drawn up.