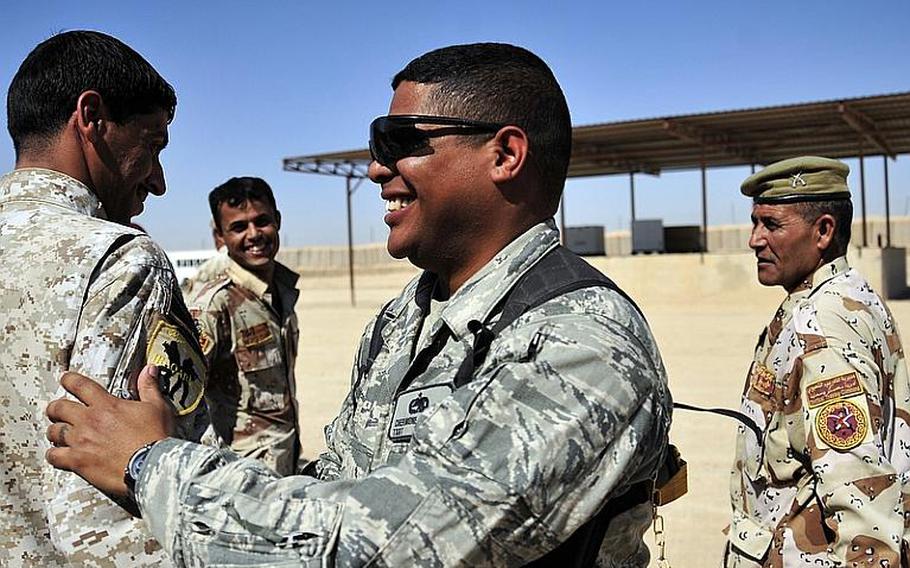 Iraqi Army soldiers maneuver an M1 Abrams tank on Oct. 10 on a range in Besmaya, Iraq. Airmen and contractors conducted a 26-day munitions training program to build an Iraqi army munitions unit to issue ammunition to Iraqi tank personnel in preparation for the transition of U.S. forces out of Iraq. (Cecilio Ricardo/U.S. Air Force) 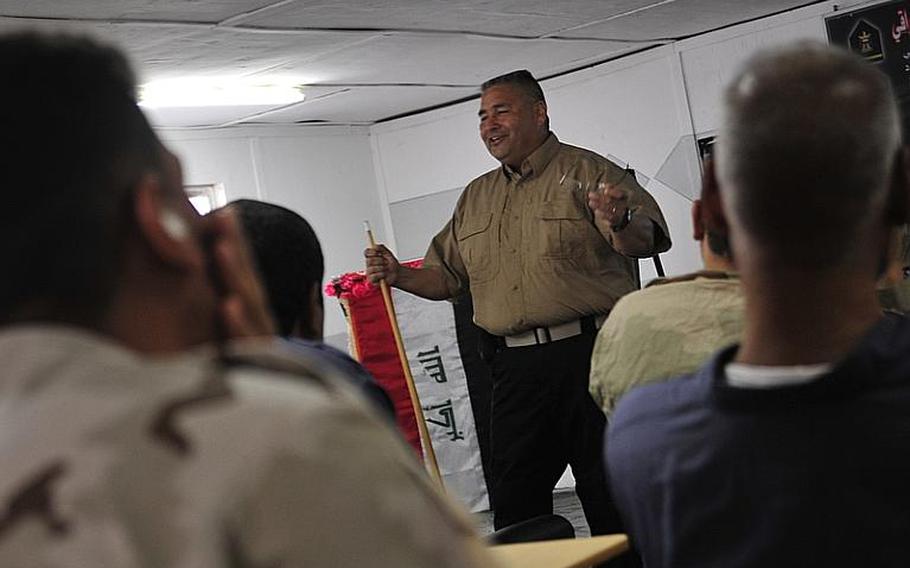 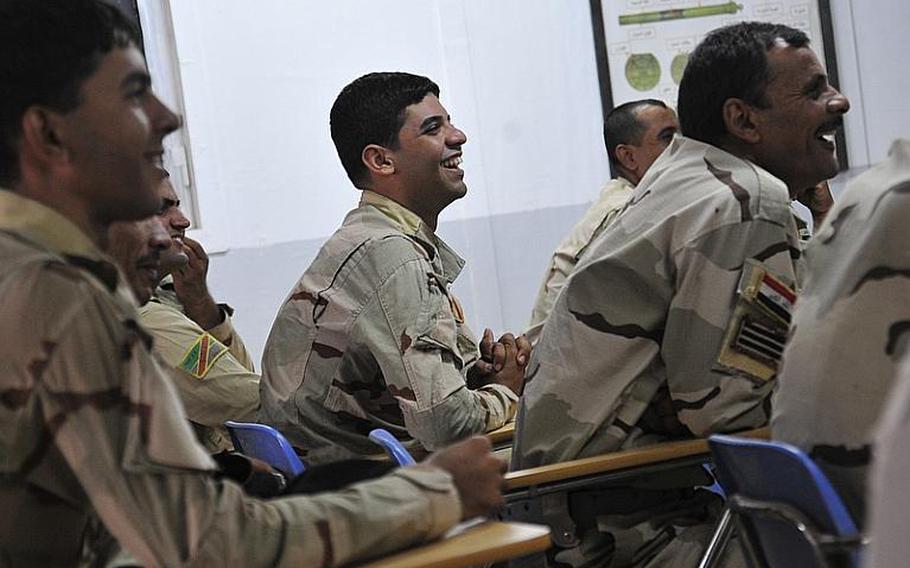 BAGHDAD &mdash; After the stated end of combat operations last year, and this year&rsquo;s imminent pullout of all servicemembers under the Defense Department&rsquo;s direct command, you can forgive anyone for thinking that U.S. military involvement in Iraq is over.

Following years of training and reorganizing the Iraqi army, a mix of 157 servicemembers and Defense Department civilians working for the State Department&rsquo;s Office of Security Cooperation-Iraq will oversee what they hope will be the next big step: the modernization of three Iraqi army divisions by Dec. 31, 2014.

The effort comes as U.S. officials acknowledge that after years of training the nation&rsquo;s army and police from the ground up, Iraq continues to face sophisticated threats to its security from Iranian-backed militias and other organized groups.

On Nov. 21, U.S. Forces-Iraq commander Gen. Lloyd Austin told The Associated Press that he thought the Iraqi army didn&rsquo;t have &ldquo;very much of a capability at all to address an external threat.&rdquo;

Austin and other U.S. officials have also said that while Iraq is nearing an ability to control its internal security, Iranian-allied militias attempting to impose a state-within-a-state, comparable to Hezbollah in Lebanon, pose danger to the country&rsquo;s stability.

The State Department will have billions of dollars to spend over the next few years in diplomatic, economic and security-related efforts to curb those threats, including $524 million it plans to spend on the OSC-I in 2012.

Most of that budget will go toward life support and private security for up to 763 defense contractors, who will show the Iraqi army how to operate more than $11 billion in weapons and equipment purchased from American companies.

The military contingent within OSC-I, which is weighted more toward senior officers than most units of its size, will oversee the contractors.

After learning how to use the equipment, soldiers in the three divisions will take qualifications tests, much as U.S. soldiers do.

Contractors who spoke with Stars and Stripes were generally supportive of the program, but said that success depended on the ability of members of the military arm to work within the Iraqi system, even when they find it cumbersome.

Iraqis have become adept at using American officers as intermediaries to short-cut their own system, said one contractor with three years of experience working with the Iraqi army.

&ldquo;In the Iraqi army, it might take five days to get something that the U.S. officer is used to having in a day,&rdquo; said the contractor, who asked for anonymity because he was not authorized to speak by his company. &ldquo;Sometimes they get impatient, but they are just going to have to learn how to accept it. They have to allow the Iraqis to learn how to use their own system.&rdquo;

The training the contractors will provide is included in the prices of acquiring the various weapons systems.

Although the State Department operates offices of security cooperation in many other countries, the Iraqi version&rsquo;s size &mdash; as well as its role in keeping Iraqi security from backsliding &mdash; makes it unique, Roberts said.

&ldquo;It&rsquo;s too important to us not to lose what&rsquo;s been gained over the last nine years,&rdquo; Roberts said.