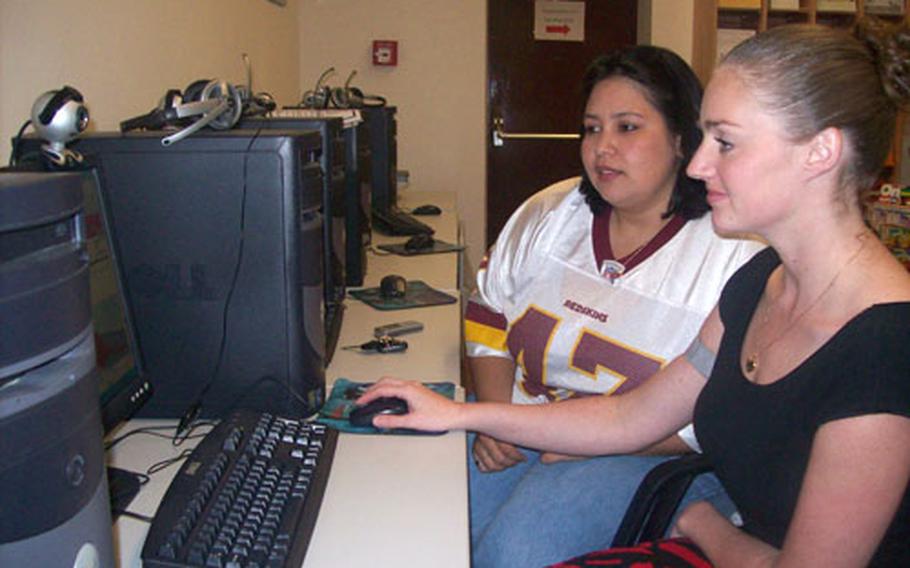 VILSECK, Germany &#8212; The 2nd Cavalry (Stryker) Regiment&#8217;s rear detachment members are getting information out to family members still in Germany as the unit suffers its first wounded soldiers in Iraq.

Spokesman Maj. Richard Spiegel confirmed Monday that a small number of 2nd Cav soldiers were wounded in action weeks after the unit arrived in Iraq to start a 15-month mission.

Maj. Tom Rickard, the rear detachment commander, said the regiment is providing information about what is happening downrange to family members still in Germany.

&#8220;What we have told them so far is that their soldiers are in central Iraq (and) they have done the transfer of authority with the unit they are replacing,&#8221; he said. &#8220;The guys are very much involved in their mission. They are ready and well-briefed.&#8221;

Rickard said the thing family members want most from the rear detachment is information.

Nicole Heller, whose husband is in Iraq with 2nd Cav on his fourth downrange mission, said she likes to hear from him to make sure he&#8217;s OK.

One way families get information is through Family Readiness Groups. The regiment has 31 FRGs &#8212; one for each troop, Army Community Services deployment manager Kay Simpkins said.

Each group has a Web site that includes news about the regiment and emergency phone numbers, Rickard said.

The regiment has employed several full-time family readiness staff assistants to work with commanders and the FRGs, he said.

Rickard said the Army has solid procedures for dealing with loss and that detachment members have rehearsed them to prepare for the worst, which would involve memorial ceremonies for fallen soldiers.

The Yellow Ribbon Room, in the Community Services building at Vilseck, has six computers set up for communications with soldiers downrange, Simpkins said.

Families can use Army chat rooms or video conference with soldiers downrange. They can also leave a video message for soldiers if they can&#8217;t both be in front of a computer at the same time, Rickard added.

Community Services offers monthly trips to towns near Vilseck and classes on employment, budgeting and parenting, she said.

A new parent support team includes a nurse and a social worker, who visit new moms to give them tips on motherhood, she said.

There also are on-post classes for mothers and hospital visits for pregnant women to take the mystery out of giving birth in a German hospital, she said.