As storm approaches, Americans on Okinawa stock up on vittles, videos 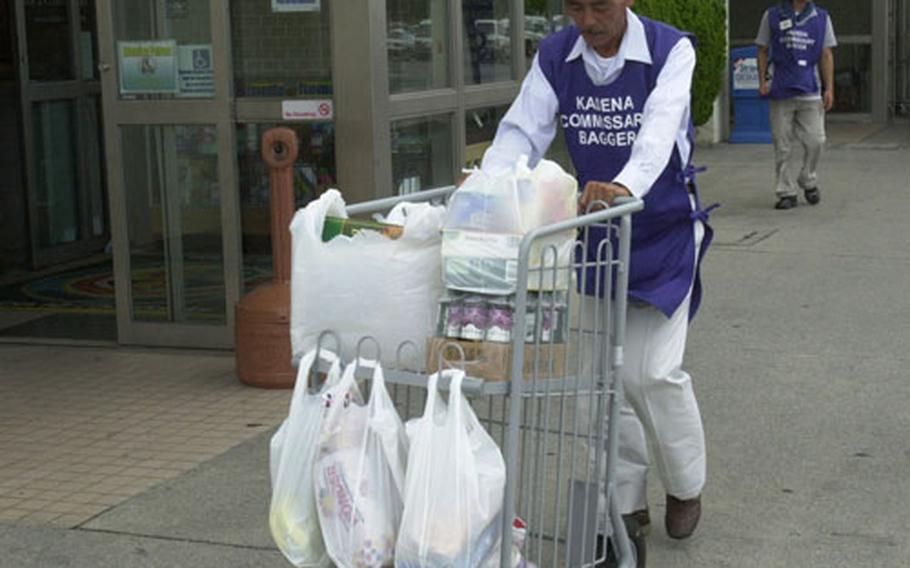 Patrons flocked to the Kadena Air Base commissary Thursday to stock up on items like water and snacks in preparation for Typhoon Man-Yi&#39;s arrival on Okinawa. (Cindy Fisher / S&S)

Patrons flocked to the Kadena Air Base commissary Thursday to stock up on items like water and snacks in preparation for Typhoon Man-Yi&#39;s arrival on Okinawa. (Cindy Fisher / S&S) 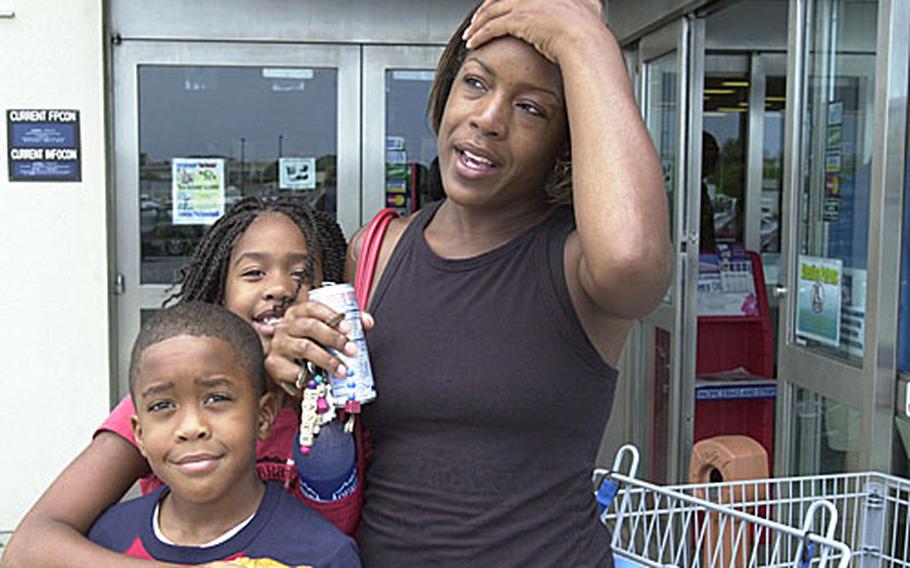 Tiffany White and her children, Tarayja, 9, center, and Jalan, 7, left, visit the Kadena Air Base commissary to stock up on water, snacks, candles and batteries in preparation for Typhoon Man-yi&#39;s arrival on Okinawa. Her mother was skeptical that the island might get a direct hit, but Tarayja said she still was excited about getting Friday off from a school program she attends. (Cindy Fisher / S&S) 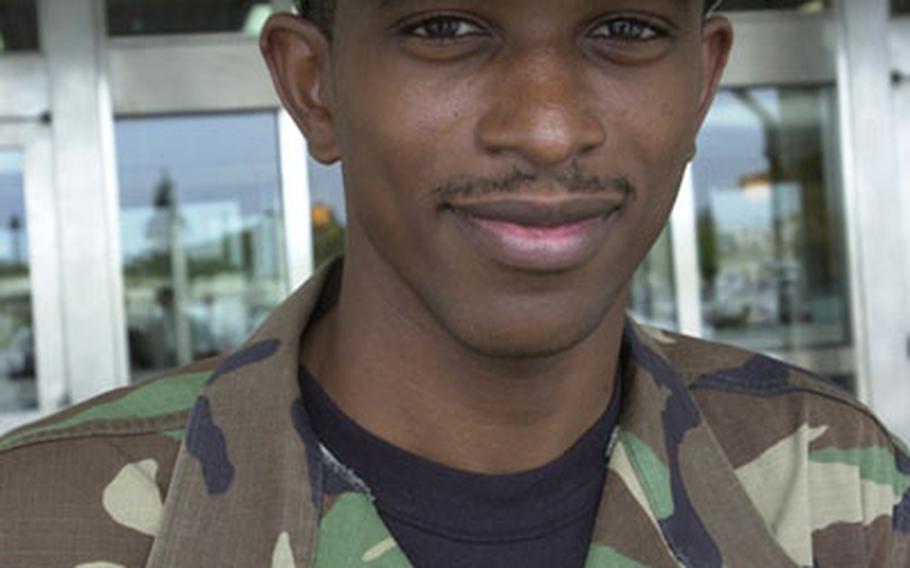 Staff Sgt. Demetric Byrd, who works on Kadena Air Base, Okinawa, said Thursday that he expects that Typhoon Man-yi will turn away from Okinawa just like all the typhoons last year did. (Cindy Fisher / S&S) 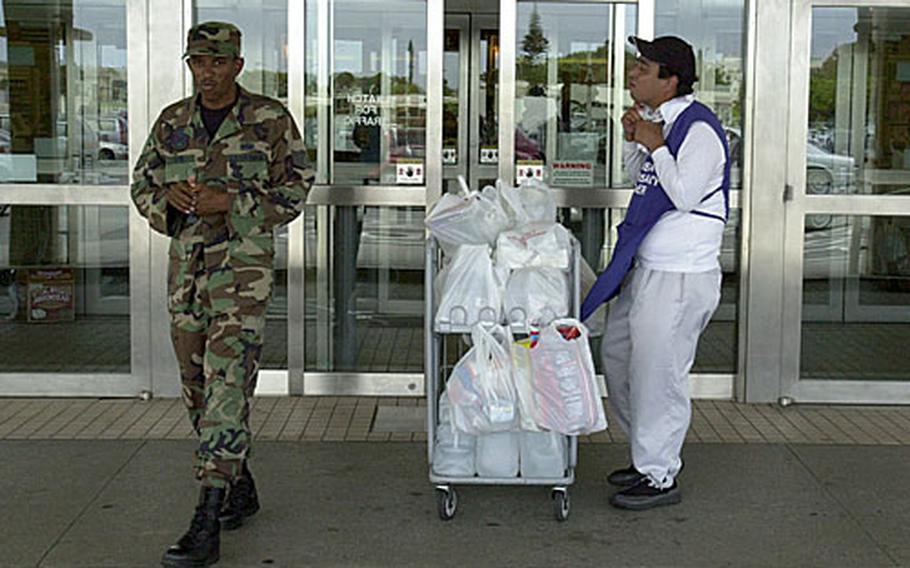 Staff Sgt. Demetric Byrd, left, was one of the many who flocked to Kadena Air Base&#39;s commissary to stock up on items like water and snacks in preparation for Typhoon Man-Yi&#39;s arrival on Okinawa. (Cindy Fisher / S&S) 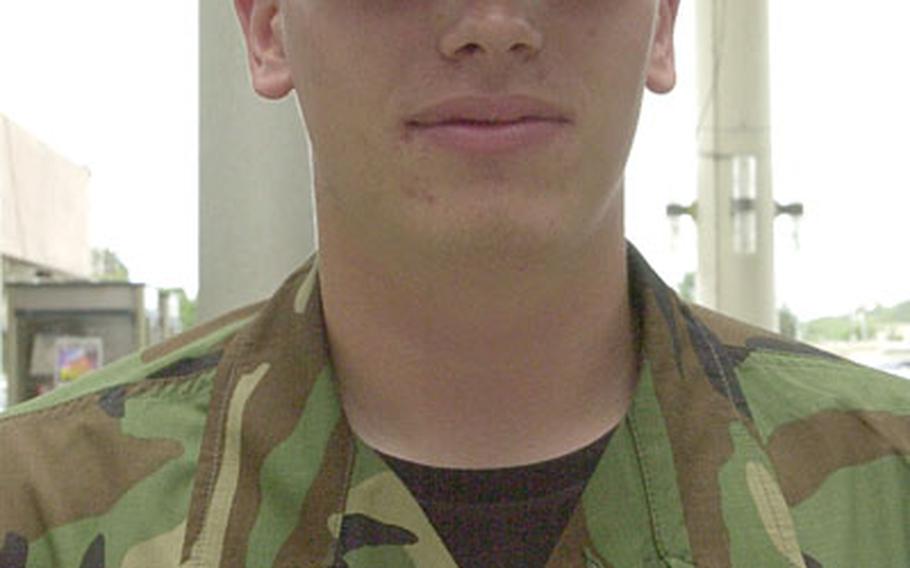 This is Airman 1st Class Derek Manchester&#39;s second typhoon season on Okinawa, and so far he has been unimpressed, he said. He stopped by the Kadena Air Base exchange area to grab a Big Mac for lunch Thursday in case he had to eat MREs while waiting out the storm the next day. (Cindy Fisher / S&S)

Some who have weathered more than one Pacific typhoon season were skeptical of the weather predictions. But they were not going to risk being unprepared.

He did, however, stock up on water and juice and said he was planning to push his mopeds inside his seaside home off base. He also rented some movies and is hoping for big waves to watch from the balcony, he said.

Tiffany White, whose family has lived on the island for four years, plans to anchor the backyard trampoline with sandbags to keep it from blowing away and hunker down with her children with books they got from the library Thursday. They also stocked up with candles to read by, just in case.

Kadena dorm resident Airman 1st Class Derek Manchester, with the 18th Logistics Readiness Squadron, said he and others in the dorms aren&#8217;t allowed to go anywhere when typhoons hit. But, with a movie room, a game room and a weight room, there will be plenty to do, he said.

Airman 1st Class Robert Whorton, another dorm resident based with 353rd Special Operations Group, plans to surf the Internet for as long as the power lasts, he said.

Kadena weather officials warn that skepticism and doubt about the storm&#8217;s track could lead to trouble should Man-yi hit the island.

Capt. Jonathan Wilson, Kadena&#8217;s 18th Wing Weather Flight commanding officer, calls it the &#8220;boy who cried wolf&#8221; syndrome, referring to storms that threaten but miss the island, leading to complacency when a big one slams in.

But even some new to the island weren&#8217;t too concerned about Man-yi.

Phyliss Green and her Air Force husband arrived on Okinawa in June. But, after living in a &#8220;tornado alley&#8221; for a few years and in an earthquake prone area before that, the threat of a big typhoon doesn&#8217;t really scare her, she said.

Her four children are a little more nervous, she said.

Stars and Stripes reporter Dave Ornauer contributed to this story.