As one cutter departs, another deploys to maintain Coast Guard presence in Western Pacific 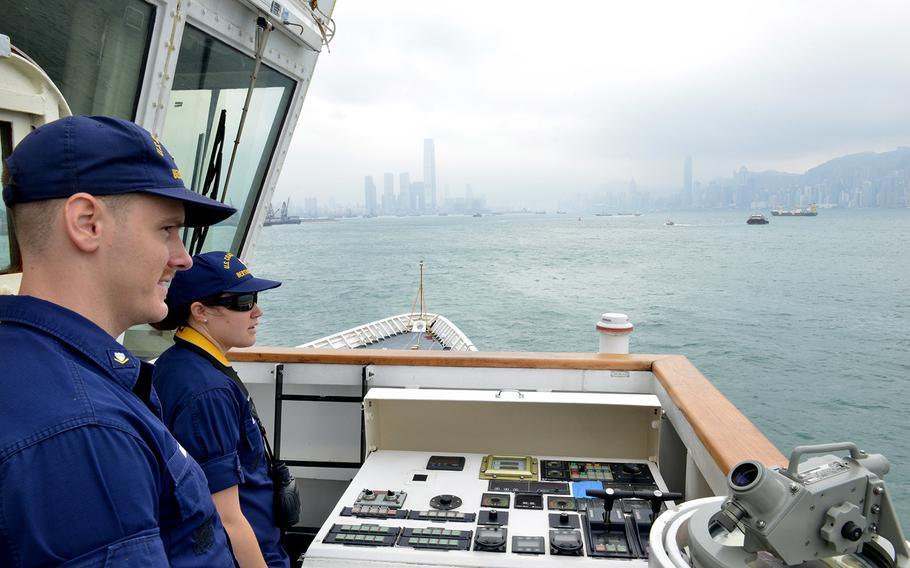 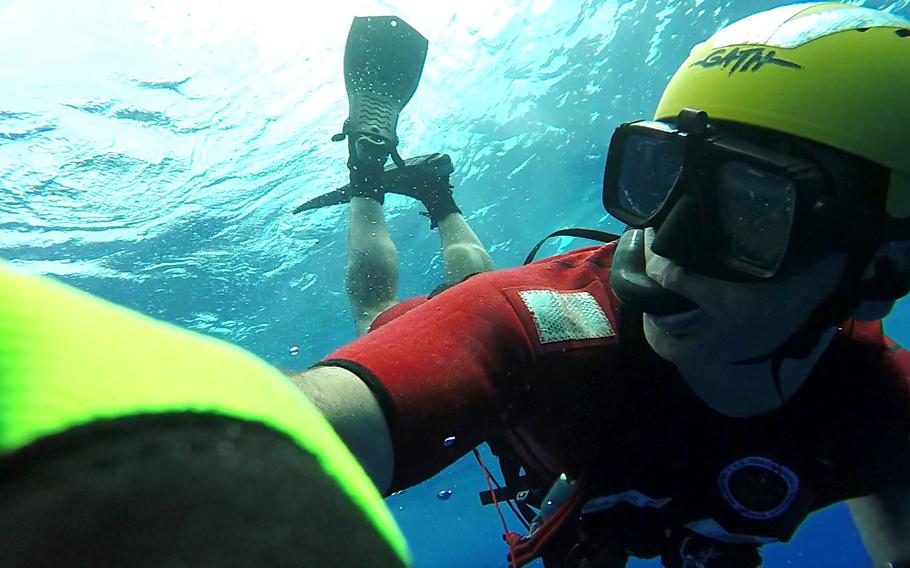 YOKOSUKA NAVAL BASE, Japan — As the Coast Guard cutter Bertholf concluded six months deployed in the Western Pacific, its sister ship, the cutter Stratton, left its homeport in California on Wednesday to take its place, according to the Coast Guard.

While operating in the Pacific, under the aegis of the 7th Fleet, the Bertholf sailed with a Navy guided-missile destroyer through the Taiwan Strait, the first Coast Guard cutter to do so. It also sailed through contentious waters of the East China Sea and exercised with ships of the Philippine coast guard near Scarborough Shoal, a ring of sand in the South China Sea claimed zealously by China.

Sending the Bertholf and the Stratton, both national security cutters, represents a law enforcement approach to a problem of international relations. The Coast Guard has operated in the Western Pacific previously, but not in such high-profile fashion.

“This is, for us, just a return to engagement in an area that we have been and conducted operations in before and consistent with international law,” said Vice Adm. Linda Fagan, commander of the Coast Guard Pacific Area, in a conference call with reporters Tuesday.

Coast Guard vessels, with their white hulls and orange bands, represent something less than a military threat to potential adversaries. U.S. vessels in the Western Pacific are often shadowed by Chinese ships.

Fagan said the service committed to provide the Defense Department “a ship into the Western Pacific to partner and engage and bring our unique Coast Guard authorities and access into the region” while discussing Pentagon resourcing a few years ago.

“[The] China trend is a reason why the coast guard is getting bigger, but only in the last decade,” he said of the increasing coast guard presence in the Indo-Pacific.

Fagan in a January press release called the Bertholf’s deployment a “force multiplier” in its work with the Defense Department.

She said the Coast Guard is committed to a “free and open Indo-Pacific and a rules-based international system.” Defense officials commonly use this phrase when referring to growing challenges in the region as countries — most notably, China — make claims to land features in the South China Sea not recognized by international law.

With each land mass claimed comes the assertion that the 12 nautical miles around the islets are the country’s territorial waters. China claims 27 features in the South China Sea, according to the Center for Strategic and International Studies Asia Maritime Transparency Initiative. The Chinese navy regularly follows foreign vessels that come within the 12 nautical miles without first seeking permission.

The Coast Guard’s dual role as a federal law enforcement agency and an armed force allows the it “to conduct defense operations in support of combatant commanders on all seven continents,” according to the Tuesday statement.

When the Bertholf left Alameda Coast Guard Base in January, its commanding officer, Capt. John Driscoll, in a video the commandant posted to Twitter Jan. 20, said the ship would “live up to the name ‘national-security cutter.’”

“When we get underway, we’re going to be working for the United States Indo-Pacific Command combatant commander and we’re going to be executing national-security operations throughout the Pacific,” Driscoll, in the video, tells his crew.

A cutter first Two months later, the Bertholf sailed through the Taiwan Strait with the USS Curtis Wilbur – the seventh such transit by U.S. naval vessels since July but the first by a U.S. Coast Guard cutter. The 110-mile-wide strait separates Taiwan from mainland China.

The Bertholf also raised eyebrows in Beijing when it practiced search-and-seizure procedures last month with the Philippine coast guard near Scarborough Shoal. Both the Philippines and China claim the shoal, but China “effectively controls” it with a constant coast guard presence there since 2012, according to the Asia Maritime Transparency Initiative.

Fagan said the Coast Guard is interested in helping partner nations improve their maritime law-enforcement capabilities. “We’ll do things like send a small training team into a nation and help teach them how to do a fisheries enforcement boarding to guard against fishing incursions,” she said. “When Stratton gets into theater, you’ll see some similar engagement, partnership capacity-building and a continued commitment to a safe, secure, predictable conduct of vessels navigating on the high seas.”