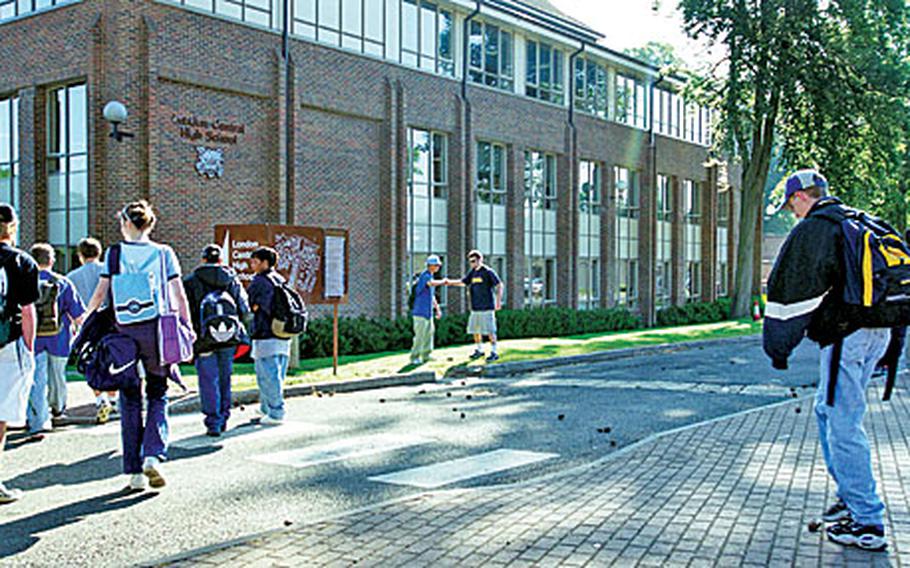 RAF CROUGHTON &#8212; When Tech. Sgt. Larry Hurt and his wife, Lee, learned last fall of the plan to close London Central High School, their reaction was like so many other military families affected by the announcement.

The Hurts&#8217; anxiety was soon tempered by enthusiasm as news of the June closure evolved into an educational opportunity. They decided their eldest daughter, Kymber, would move to a new school as soon as possible.

So they enrolled the 13-year-old in the private Bloxham Independent Boarding School; she will soon finish her first year there. The hours are long &#8212; 7:15 a.m. to 6:45 p.m. &#8212; and the curriculum is rigorous, but Kymber has flourished.

Lee Hurt said the family is considering extending its tour in England so youngest daughter Amber, 11, also can attend Bloxham.

The Hurts&#8217; story is common. Many families at RAFs Croughton and Fairford initially taken aback by the surprise announcement to close London Central are now counting the advantages it presents.

The only Department of Defense Dependents Schools boarding school will close at the end of this school year, displacing more than 200 students who come from all over the country and whose parents are stationed across the globe.

For the England-based students &#8212; roughly a third of London Central&#8217;s enrollment &#8212; the closure means a dispersal to English public and private schools in the Cotswolds region, western England and even London.

Some parents, however, feel disenfranchised.

Valerie Pace said the closure and move to the English school system has been a disaster.

Like other parents, she had transferred her two daughters to British schools but returned them early in the school year to London Central. She said her eldest daughter was told by her former high school in the States she would lose a year upon returning to school there. And her youngest daughter&#8217;s grades dropped severely.

Pace said her inquiries to DODDS and the military about such things as athletics and credit transfers have resulted in ambiguous answers.

London Central officials were unavailable last week to address the issues that Pace raised because the school was closed due to spring break.

However, DODDS Isle District spokesman Leo Orlando said parents with unanswered questions can direct their queries to officials at London Central. There also will be a specialist for the upcoming school year tasked with helping parents and students adjust to the transition, Orlando said.

The Paces, however, are taking an option to shorten their deployment to England and return to the States. Military commanders on RAFs Croughton and Fairford said about a dozen airmen were having deployment curtailed due to the school closure.

Between stories of successes and disappointment, there are dozens of families in the middle, such as Master Sgt. Kirby Rich, 39, of Cincinnati, who has three children.