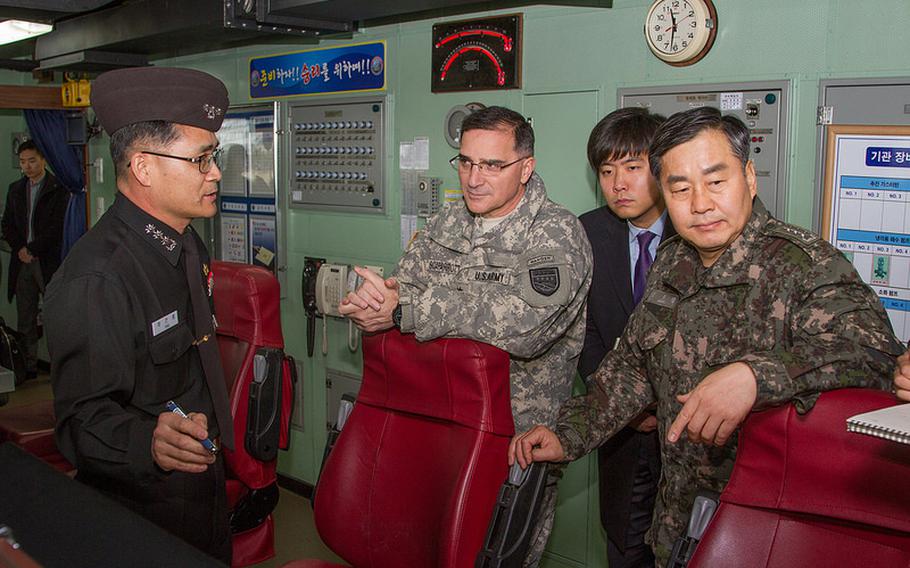 WASHINGTON — The commander of U.S. and U.N. forces in Korea told lawmakers Wednesday that North Korea has the capability to attack the south with “little or no warning,” and further budget cuts could hamper the U.S. military’s ability to respond.

North Korea has the fourth largest military in the world and is aggressively enhancing its nonconventional capabilities, including cyber, according to Army Gen. Curtis Scaparrotti, the commander of U.S. Forces-Korea. Scaparrotti told members of the House Armed Services Committee on Wednesday that North Korea’s artillery forces are particularly worrisome because they could pound Seoul, where 23 million South Koreans and 50,000 Americans live.

“The Kim Jong Un regime is dangerous and has the capability … to attack South Korea with little or no warning,” Scaparrotti said.

Tensions on the peninsula have heightened after North Korea launched about 100 artillery shells into South Korean waters Monday and America’s South Korean allies returned fire. All the fired shells landed in the sea and no injuries were reported, according to South Korean media.

The artillery barrage came in the wake of recent North Korean missile tests and threats to conduct another nuclear test. Two drone aircraft were found in South Korea over the past week, and are believed to belong to the North, according to South Korean officials.

Last year, the U.S. announced that it would beef up its missile defense capabilities in Fort Greely, Alaska, because of concerns about North Korea’s advancing intercontinental ballistic missile and nuclear programs.

The U.S. has maintained a permanent force level of 28,500 troops in South Korea for years, and added another 800 in January with the deployment of a rotational Army battalion to the peninsula.

Scaparrotti said his forces are prepared to counter a North Korean attack, but he’s concerned about the readiness of follow-on forces that would be required in any prolonged fight. He warned about the impact of further budget cuts on the U.S. military’s ability to fight a major ground war with the North.

“If we were to reduce our Army force size based on the [projected] sequestration [levels of 420,000] … we would probably be challenged in terms of maintaining a long-duration conflict or one that included stability operations for some time thereafter,” he told members of the committee.

North Korea’s recent military actions and hostile rhetoric are not a new phenomenon. Scaparrotti views them as part of a pattern that has been recurring for years, especially at this time of year when U.S. and South Korean forces conduct large-scale joint training exercises.

“This is a common strategy with North Korea to come out of a period of calm and to use these types of actions to message to both the United States, the international community and South Korea, and also to demonstrate capability,” he said. “It’s the normal pattern of messaging [the North’s] displeasure with our training, messaging their capabilities, [and] it is something that I expected, particularly about the March-April time frame.”

McKeon said the Ukraine-Russia crisis is a “sobering reminder” of the importance of the American military presence in Europe.

“The question now is how is the force [is] positioned and provisioned to prepare us for a new [security] paradigm,” Breedlove told Foreign Policy magazine in an interview published Wednesday.